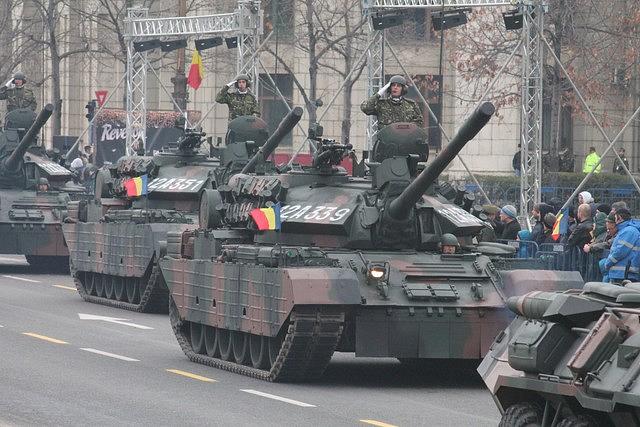 Romania’s military expenditures have exceeded USD 3 billion this year, a record in the country’s defense budget. The amount is above the cumulative defense budgets of Hungary and the Czech Republic, according to the report “Air and missile defence in Europe” made by the British group Jane's Information Group quoted by local Digi 24 news station.

Romania’s main vulnerability in relation to Russia is the lack of modern missile systems, similar to most other countries in the region, the report shows.

By comparison, Russia has allocated a defense budget of USD 65 billion this year, namely 5.4% of its GDP, according to international estimates.

The initial budget of Romania’s Defense Ministry for this year has been established at about USD 2.8 billion. The amount, however, includes the expenditure with the special military pensions.

The budget amendments in August and November have reduced the ministry's budget, but the Government has increased the ceiling for loans by RON 5 billion (EUR 1.1 billion) and has lifted the limits for endowment purchases.

In addition, the Government has decided that the procurement of military equipment or the combat equipment repairs can be funded from the Government’s reserve fund. This makes it difficult to calculate the actual expenditure for defense in Romania.

This year Romania’s defense budget has surpassed Greece’s budget after several decades. Greece’s GDP is still higher compared to that of Romania, according to Jane’s data.

Last year, Romania ranked fourth based on the GDP value among the Eastern European countries analyzed by the Jane’s experts. The GDP value is the main indicator showing the size of an economy.

Romania’s defense budget is also higher than those of several countries in Western Europe, whose economies are more powerful, including Denmark, Finland, Portugal, and Austria.

Romania is expected to significantly increase its defense spending, to over USD 4.2 billion in 2020, according to Jane's Information Group.

Romania to pay EUR 1.6 bln for four corvettes from Damen