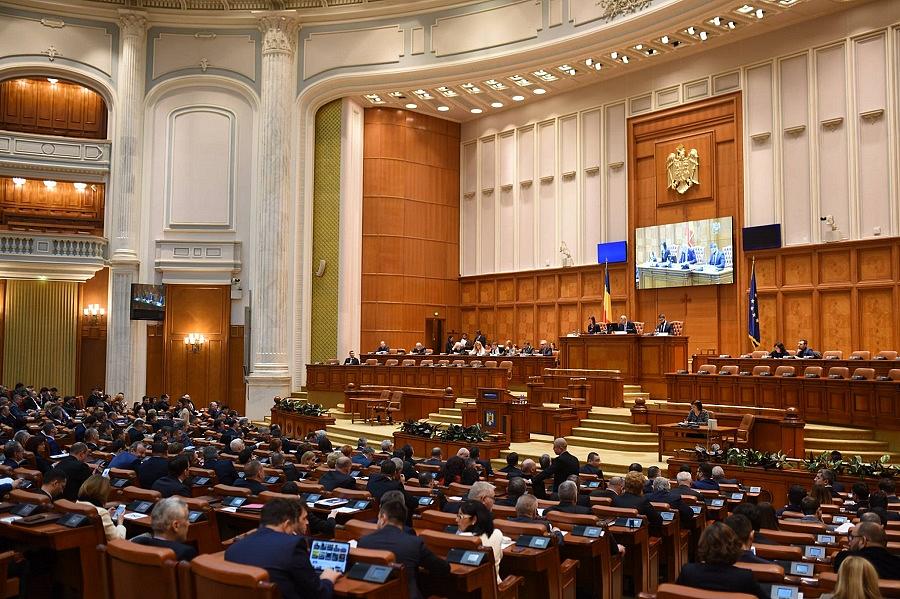 Romania’s Parliament has a busy schedule today as it is set to hear the no-confidence motion that opposition parties have filed against the Sorin Grindeanu cabinet and then will vote the state budget for 2017.

The no-confidence motion against the Grindeanu Government, initiated by the National Liberal Party (PNL) and the Union to Save Romania (USR), will be read today at noon in the plenary meeting of the Chamber of Deputies and the Senate.

Prime Minister Sorin Grindeanu said he wouldn’t resign despite massive protests determined by his cabinet’s decision to weaken the anticorruption laws in Romania. He cancelled the decision in a cabinet meeting yesterday.

Grindeanu believes that the no-confidence motion will not pass, and that the majority PSD-ALDE will prove its soundness in the Parliament. The vote will be cast only after the Parliament adopts the budget for this year. This is expected to take place at 1 PM today.

The Parliament’s special committees need to draft the reports for the budget law this morning. The plenary meeting of the Chamber of Deputies and the Senate will debate and approve the budget law at noon.