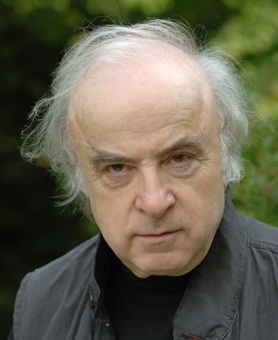 Romanian writer Norman Manea (in picture) will be on a tour in Spain in the first part of October, where he will meet Spanish writer Antonio Muñoz Molina. The tour is organized by the Romanian Cultural Institute in Madrid (ICR).  The two writers will hold a free discussions event 200 people are expected to attend. Norman Manea will also meet the Spanish press, as well as other Spanish writers.

Norman Manea is among the best known Romanian writers in Spain. Five of his books have been translated to Spanish and published by the Tusquets publishing house.

Manea was among the finalists for the Prince of Asturias Award last year, which is one of the most desired awards for writers around the world.

Norman Manea is a Romanian-born writer who left Romania in 1986 and set up residence in the US, where he became writer in residence at several US universities. Until he was forced into exile (1986) he published in Romania ten volumes of short fiction, essays and novels.

Most of his books were however published in Romania even before the fall of the communism. His recent books include a volume of essays, 'Envelopes and Portraits', a short fiction volume 'Variations to a Self-Portrait', and a novel called 'The Lair'.