Romanian film review – To love and err: Sundays on Leave 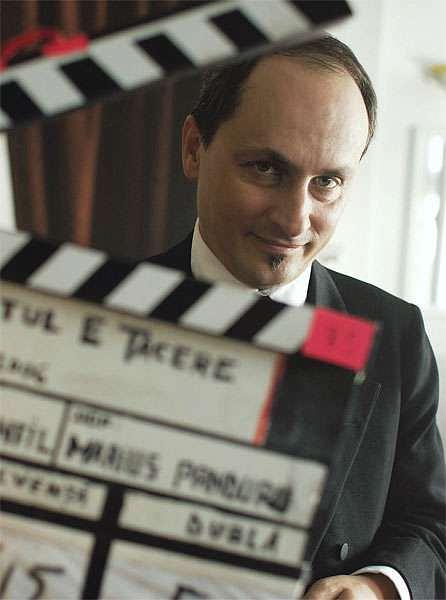 In case you haven’t noticed already, Nae Caranfil is one of my favorite Romanian filmmakers, a sophisticated, articulate director, screenwriter and composer who is difficult to associate with a certain movement (he is certainly to classic in his approach and too unwilling to be seen as part of the more raw, rebellious New Wave) but still highly influential for an entire generation of younger filmmakers and a darling of all fans of intelligent, humorous, polished films.

He’s had me at his debut, the sweet and intelligent È pericoloso sporgersi (1993). The expression is familiar to everyone who has traveled by train in communist and post-communist Romania (at least until they started replacing the good old trains) and is Italian for “don’t lean out of the window”.

The English title is completely different but Sundays on Leave is just as valid a reflection of some of the film's elements and its overall feel like the original: three characters come together in a provincial town, a high-school girl, a soldier on leave and an actor, meeting, among other places, on stationed trains.

The plot is just that (deceptively) simple: when an acting company stops in the sleepy town and the main actor, a middle-aged lothario, meets a feisty high-school student, the action starts rolling and matters are complicated further by the boyfriend she is dating platonically, a young soldier who is in love with her. A very amusing ménage à trois ensues and the film tells the story from the point of view of each figure.

The film looks at the characters’ adventures with infectious lightness and humour while also being psychologically acute and doing a brilliant job at capturing the atmosphere of the late 1980s shortly before the fall of communism.

Great acting (Caranfil cast for ages until he found his perfect lead, French actress Nathalie Bonnifay, who captured Cristina’s mixture of precociousness and child-like innocence perfectly), a perfect script and a polished, rigorous formal construction make Sundays on Leave a wonderful film and, considering it was Caranfil’s debut, an even more impressive effort. But above all, this is a very very funny picture, a wonderfully sly tale with a great eye for amusing details.

It may not strike you when you watch it now but Sundays on Leave was a phenomenon when it premiered, a new, fresh and exciting breath of fresh air in the murky 1990s, not just compared to the films of the communist era but mostly to the ones being made at that time.

Exhilarated by the sudden emergence of the freedom of speech, many were average, hysterical and gratuitously foul-mouthed while others were well-done but somber and depressing. Caranfil managed to make a movie so light and playful in tone but ultimately so insightful and eloquent it swept Romanian and international audiences off their feet.

Look no further than YouTube for a full version with English subtitles. It may not be the best quality, and that is a big shame but until this gem is released on DVD (it's past high time), I am happy it can be found at all.