Romania travel: Colibita – the most sought-after place in Transylvania

Floriana Scanteie writes about the Colibita lake, said to be the place with the cleanest air in Romania.

If teleportation existed, Colibita is the place I’d go right now to enjoy the beauty of the lake surrounded by mountains and hills. Also known as “the sea from the mountain” or “the place with the cleanest air in Romania”, Colibita is an oasis of peace and joy, inviting you to admire the nature and forget about all your worries.

Situated at the foot of the Calimani mountains, just 40 km away from Bistrita city, Colibita lake has become more and more attractive for Romanian and foreign tourists due to its virgin beauty and opportunities for leisure: kayaking on the lake, swimming, fishing, hiking, mountain biking, paragliding, river rafting on Bistrita river and many other interesting activities that kept tourists coming, making the area flourish.

From Bucharest, the easiest is to get there by car, following E60 to Targu Mures, then E578 to Prundul Bargaului and DJ173A to Colibita. The road is pretty long and it has its challenges, as you probably already know the Romanian infrastructure. The fastest way to reach Colibita is from Cluj, only 136 km, so if you’re in the neighborhood, don’t miss the chance to visit the area.

Colibita is an artificial lake built on the site of a former city. The name of the lake comes from the "huts", the first houses built by the shepherds who settled in the area several hundred years ago and which, slowly, turned this picturesque place into a prosperous locality and increasingly frequented for its natural beauties.

Tourism in the region has grown due to a German-made carpenter who, in 1918, built several houses and boarding houses for the Saxons in Bistrita who were coming to Colibita to spend their holidays. 100 years later, the development of this area has become a controversial topic. From a few scattered holiday houses, the place is now studded by impressive guest houses that have grown their territory to the water’s edge. Fortunately, most of them offer accommodation very close to the water. Otherwise, it is very difficult to reach the water’s shore on your own as all the properties are enclosed with fences.

If sunbathing is not your thing, take some distance from the lake so you can admire the surroundings and enjoy the fresh mountain air. Follow the country road, exit the Mita village, and then look for the touristic signs indicating the route to Bistricioru peak in Calimani mountains. The hike is not a difficult one and it is worth your three-hour investment: from 1.990 meters above the sea level, the beauty of the area reveals itself totally.

During days with clear skies, you will be able to see Tihuta Pass, Vatra Dornei mountains (in winter time ski slopes are overrun by tourists), Pietrosul Peak or Heniu Peak. Colibita lake seems even bigger seen from the top of the mountain.

Many other trails fit for hiking or mountain biking can be found in the National Park Calimani mountains. The Calimani is the youngest mountain range in Romania and the highest range in the Carpathians made of volcanic rocks. Its eastern part is dominated by the largest inactive crater in all of Europe, over ten kilometers in diameter.

Here, you will also find a historic road, built hundreds of years ago, to support the military frontier troops of the Austro-Hungarian Empire with weapons and food. It’s called Via Maria Theresia and is becoming increasingly known today thanks to the marathon that takes place here every summer. During the rest of the year, only a few hikers are familiar with its history and the strategical importance during times long gone, when it connected Transylvania and Bukovina.

On your way back to Colibita, don’t forget to take a closer look at the blue lake. It is said that the Colibita dam will be rehabilitated through a project worth 23 million euros in 2019. The authorities have assured the public that the lake will not be completely emptied in order not to destroy the fauna and flora.

The dam was created between 1977 and 1991 for hydropower purposes along the Bistrita Bargaului River and manages to supply the surrounding area with water. By the 1950s, the area was renowned for its water qualities, suitable for dozens of treatments. The years that have passed have left the footsteps of "aging" too early in an area with great tourist potential.

This is how Colibita looks today. We’ll see what will become of this beautiful area in the future. 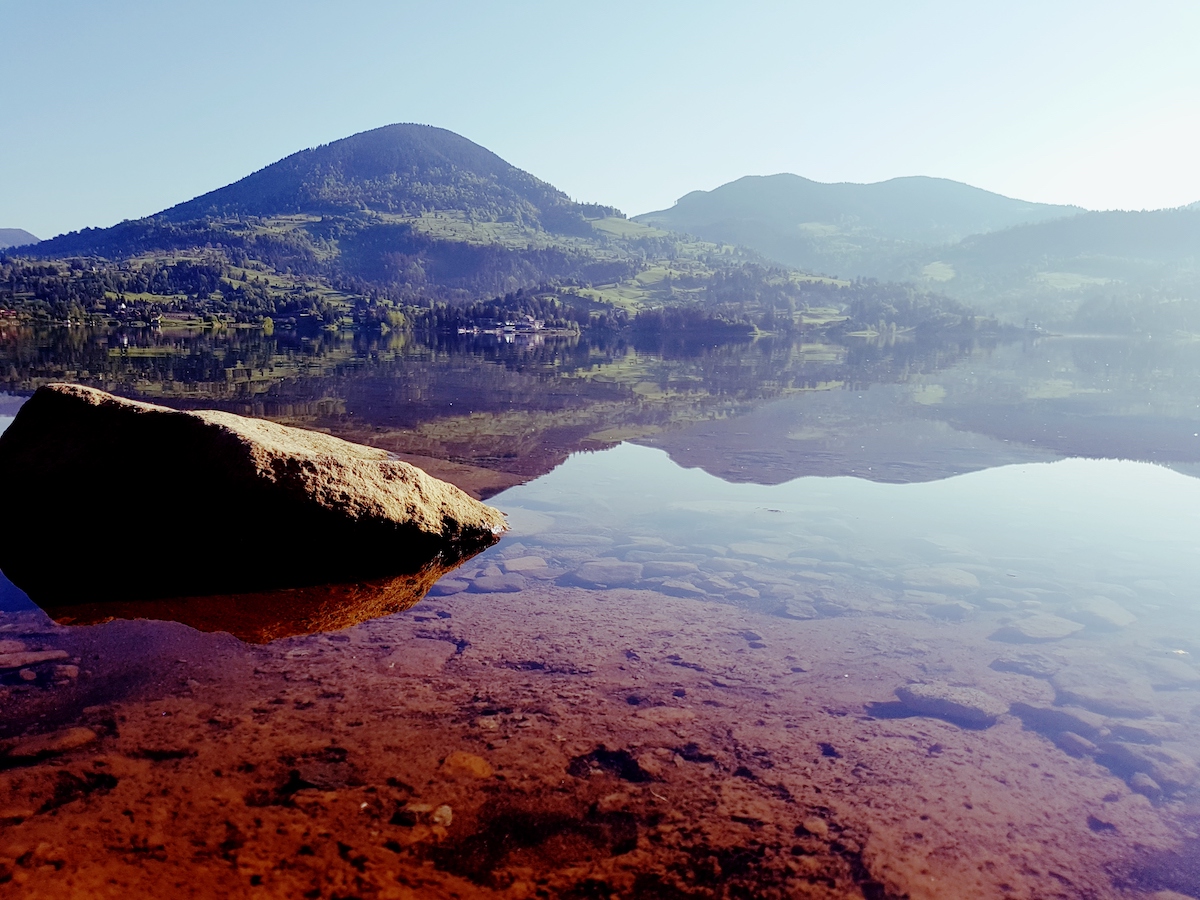