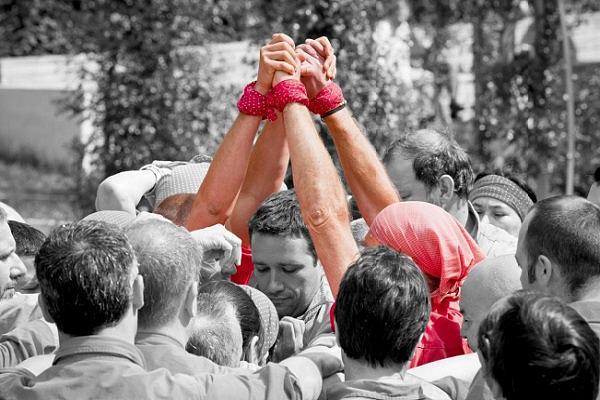 The new Tax Code brings, along with its enforcement on the 1st of January 2016, amendments concerning the fiscal regime applicable to registered sole traders and to microenterprises, raising questions regarding the selection of the best manner to perform the activities, from the fiscal point of view.

Starting 2016, these rates are no longer applicable upon a base chosen by the sole trader, as possible within the previous regulation, but upon the net income obtained from performing independent activities. As such, the monthly calculation base, both by the actual income system and by the annual income standards system, is capped and cannot be lower than the equivalent of 35% of the average gross salary used in setting the state social insurance budget, and cannot be higher than the equivalent of 5 times this gain. Thus, considering that the average gross salary for 2016 is 2.681 lei, the monthly calculation base must fit within the values ranging between 35%*2.681 lei = 938 lei and 5*2.681 lei = 13.405 lei.

It is worth mentioning that, starting 2016, the 10, 5% social insurance contribution rate is due on a compulsory note, regardless if the sole trader is also an employee, and thus, the exception which stated that a sole trade who also obtains income from salary is exempted from the payment of the health insurance contribution, related to the income from independent activities, is no longer valid.

To what concerns the payment of the social health insurance contribution, the new Tax Code maintains the 5, 5% rate charged on the taxable amount, obtained according to the method of taxation, by actual income system or income standards.  The monthly calculation base represents the positive difference between the gross income and the expenses made for performing the independent activity, excluding the costs of the social health insurance contributions or the annual value of the income standard, by case, in conjunction to the number of months when the activity was performed, on every income source.

A new aspect is the fact that, for fiscal year 2016, the annual payment obligations of the social health insurance contributions are determined by the competent fiscal authority, through annual tax decision on every income source, based on the previously mentioned statements.  The calculation base is monthly highlighted in the tax decision and cannot be lower than the national minimum gross salary, if the income for which the contribution is calculated is the only one obtained. For the income obtained starting the 1st of January 2017, the monthly calculation base cannot be higher than the value of 5 times the average gross salary, in force in the year for which the contribution is established.

Regarding the fiscal treatment applicable to microenterprises, the new Tax Code provides several amendments. One of the major changing refers to the obtained income which must not exceed the lei equivalent of 100.000 euro, cap value increased from 65.000 euro;

Moreover, another novelty introduced by the new Tax Code refers to the modification of the number of employees during the fiscal year. In that case, the previously mentioned taxation rates are applied starting the quarter when the change has been made. In order to preserve or amend the taxation rates, the new employees must be hired with labor contract, for a period of at least 12 months. In case of terminating the labor agreements, the microenterprises with 1 and respectively 2 employees are obliged to hire new employees during the same quarter, in order to fulfill the condition regarding the number of employees.

Apart from the income tax, an additional tax is also applied, as a consequence of distributing the profit as dividends, with a 5% taxation rate. Additionally, social health insurance contributions will also be due, in a 5,5% rate applied to the monthly calculation base,  represented by the total gross income from dividends, in cash or in kind, distributed by legal persons, obtained within the previous fiscal year, in conjunction to the 12 months for the year. Starting 2017, the payment of the social health insurance contribution will be compulsory, regardless if the beneficiary is employed or obtains other income.

Although there is a tendency to believe that one of the previously presented forms of activity may be more advantageous than the other, entities must also take into consideration more factors, other than the fiscal ones, which can influence the selection of the form of organization. Performing activities both as microenterprises and sole traders presents benefits and drawbacks, thus, choosing an option implies a thorough analysis of each case, taking into account the previously mentioned aspects, in order to create a complete and accurate picture of the most advantageous form of organization.

Rödl & Partner is active at 102 wholly-owned locations in 46 countries. The integrated firm for audit, legal, management and tax consulting owes its dynamic success to over three thousand entrepreneurial-minded partners and colleagues. In close collaboration with our clients, we develop information for well-founded economic, tax, legal and IT decisions that we implement together – both nationally and internationally.

(p) – this article is an advertorial