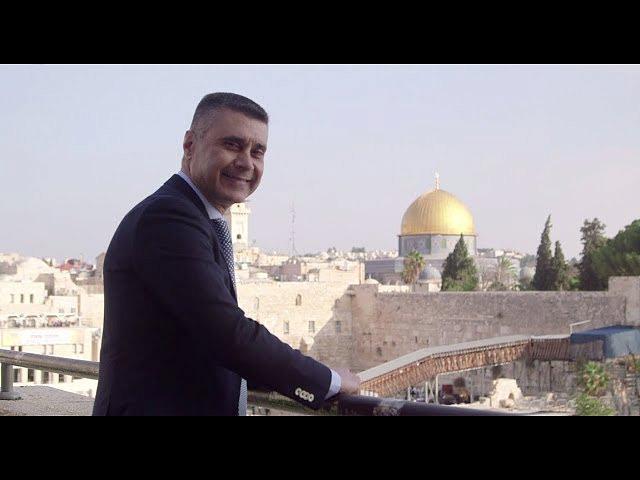 David Saranga is the new ambassador of Israel to Romania. He arrived in Bucharest on January 10, and already made a stop at the Memorial of the Holocaust Victims to lay a wreath for the memory of the Jews who died during the Holocaust in Romania.

Saranga is not at his first posting in Bucharest. He started his diplomatic career in Bucharest, 20 years ago, as deputy chief of mission. “I am returning to Romania, a country I never really parted with,” Saranga says in Romanian in a video posted on the Israel Embassy Facebook page. He goes on to explain that 400,000 Jews of Romanian origin live in Israel, who are “perfectly integrated in all areas.”

Born in Tel Aviv, Saranga previously worked as a consul for public diplomacy and, in the past years, as a diplomacy adviser of the president of Israel. “The landmarks in my diplomatic career are Romania, Spain, United States and the European Union,” he explained. Saranga is taking over from Tamar Samash, who has been Israel’s ambassador to Romania since 2015. Romania turns into main source of tourists for Israel (Photo: print screen after Israel's Foreign Affairs Min. video on You Tube) [email protected]