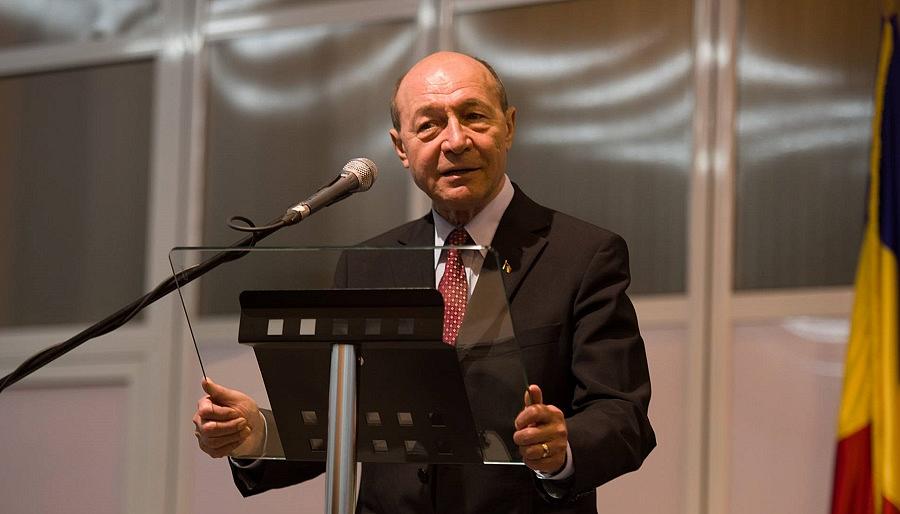 Basescu, who is the honorary president of PMP, said his party will have its own candidate at the presidential elections but will support Iohannis in the second round.

“Iohannis still keeps a balance, in his own way […], he is some kind of opposition to this PSD-ALDE machine (e.n. the ruling coalition made up of the Social Democratic Party PSD and the Alliance of Liberals and Democrats ALDE). On the other hand, I don’t want to be misunderstood. PMP will have a candidate in the first round, but not me because I can’t do this anymore. And it will support Iohannis in the second round,” Traian Basescu said at local TV station Romania TV, according to News.ro.

When asked if he would run in the European Parliament elections, Basescu avoided giving a straight answer.

“One thing I will do for sure is support PMP in the electoral campaign,” he said.

Romania will organize presidential elections in November or December this year, and the current president Klaus Iohannis is the only official candidate so far. The ruling coalition PSD-ALDE didn’t come up with any names so far, and it’s not yet clear whether the two parties will have different candidates or will choose to support a joint candidate. While ALDE president Calin Popescu Tariceanu said that he is seriously thinking of running for president, several PSD leaders believe the party should support Liviu Dragnea.