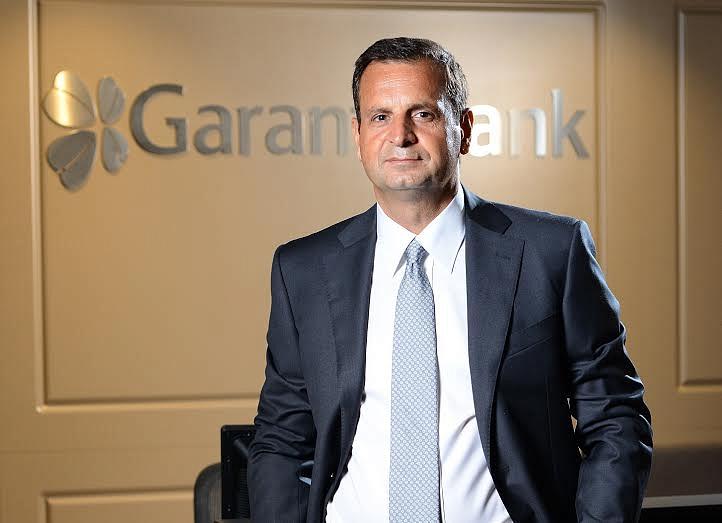 The deleveraging process has reached an end in Romania, in 2015, but the local banks still face a high non-performing loans ratio and a slow growth in demand for new loans. Considering this, the Romanian banking system will continue its consolidation process in the following years as the current assets are too low related to the number of banks in the market, Ufuk Tandogan, the CEO of local lender Garanti Bank, said in an interview for Romania-insider.com.

Garanti would also be interested in acquiring a local bank if the right opportunity arises. "We are currently one of the top banks in Romania and our long-term strategy is to continue growing organically. Nevertheless, if, hypothetically, the right opportunity arises, we are not closed at acquiring a bank. In this sense, the most important aspect for us is the quality of the network," Tandogan told Romania-Insider.com.

He also believes that the local banks should extend their services to rural areas, which have great potential, but that they also have to quickly adapt to the needs of the next generation of clients - the Millennials.

Read the full interview below:

The Romanian banking sector has been going through a serious readjusting in the past few years, as they had to solve the bad loans problem while coping with reduced financing from their parent groups abroad. Do you feel that this process is getting close to its end? Are the local banks’ problems finally over? Which are the main challenges that remain?

The deleveraging process witnessed by Romanian banks has slowed down in 2014 and 2015 compared to previous years. Additionally, the ECB has started its quantitative easing process which makes available cheap funding for European banks. The banking loans in Europe have started to show a positive growth rate as well in 2015, which gives back to banks their business purpose.  Therefore, it looks like foreign banks are being again brought to life while also improving their internal health by increasing capital adequacy ratios and decreasing NPL numbers. Under these circumstances, we expect the deleveraging process to have reached an end in 2015.

Even if the external funds may start to grow next year, the Romanian banks have to cope with an NPL ratio which is still higher than it was before the crisis and a demand that is growing very slowly. They also have to grant loans of superior quality in order not to jeopardize the small progress being made in terms of profitability and stability. In this sense, the tighter regulations related to FX loans and consumer loans will play an important role. While coping a still feeble demand, the minimum capital requirements will start increasing in 2016 due to the Basel 3 regulations. This does not have a major impact for the moment as the adequacy ratio is high in Romania. However, the requirements in terms of solvency are non-negligible in the next 5 years, especially since there are risks concerning the growth of the economy due to external factors.

Garanti Bank has been one of the few local banks that have thrived in the past seven years. You have increased your assets tenfold since end-2007 and reached a 2.2% market share at the end of last year. What was the key to this fast growth in a difficult period for the banking market and the economy, and what were the segments with the most dynamic evolution (retail, SMEs, corporate)?

Keeping a well-balanced portfolio has been the key to our good results, as we target to develop all our business lines – retail, corporate and SME – in a level-headed way.

This year we managed to register a significant increase in our loans portfolio. Our overall loan volume stock in all segments (SME, corporate, and retail) reached RON 6.27 billion in the first semester, representing a 27.8% increase year-on-year. Compared to the same period last year, in the first half of 2015, corporate loans have increased by 31.7%,  reaching RON 2.12 billion, retail lending by 38.2%, registering RON 2.73 billion, and SME lending by 7.5%, reaching RON 1.42 billion. As far as deposits are concerned, in the first semester of this year, we registered a 43% growth in volume as compared to the same period in 2014. It is an impressive figure and, for us, it means that our customers have great trust in us, as their financial partner.

Did you have any difficult moments in these seven years, or has the evolution been smooth?

In the middle of difficulty lies opportunity, Albert Einstein once said. It is no rocket science, though – every time the market struggled, we focused on growing, on expanding, on investing in innovation. We believed we could do it and we did it. We know how to keep on going even in the most difficult of contexts.

We always aimed at growing steadily, despite any difficult context. Our success is based on our ability to adapt to any market conditions and we also benefit from the extensive know-how in crisis management of our mother-bank, Turkiye Garanti Bankasi. Our results were and continue to be based on our efforts to provide competitive products and services, and customizing them in order to meet our clients’ needs.

What are your plans for the following years?

We are currently one of the top banks in Romania and our long-term strategy is to continue growing organically. Nevertheless, if, hypothetically, the right opportunity would arise, we are not closed at acquiring a bank. In this sense, the most important aspect for us is the quality of the network.

Everyone is now talking about the local banking system consolidation and about the fact that there are too many banks that basically offer the same services. Do you share this view? Do you think that it’s possible that over five years there will be fewer banks in Romania, instead of 40? Will Greek bank subsidiaries disappear from the market completely?

The consolidation process has already begun and there is a possibility in the long term to have fewer players in the system. One of my main references in this regard is the Turkish banking system, which is one of the largest such systems in the Emerging Europe and has an asset size of around USD 800 billion, approximately nine times larger than the Romanian banking sector. The system needs more assets in order to sustain a large number of players. It is possible in the following years to see some bank exits from the market, mergers and/or portfolio acquisitions. At the same time, I believe that the system should expand and extend its services to rural areas, where a great potential for our industry lies.

Which one of your local competitors do you admire the most for their strategy in handling the business during the crisis?

The banking industry is very competitive and this characteristic works just like an engine that pushes financial institutions to bring their best to the table. I couldn’t name someone in particular, but I do have great respect for everyone, just like a chess player has for his opponents.

The stock market shouldn’t be regarded as an alternative to the banking system but as a complementary source of finance. I say this speaking from our Turkish experience – Garanti is listed on the Istanbul Stock Exchange.

Indeed, the Romanian stock market is still young, compared to other countries; it is highly dependent on European markets, many changes are recurrent from what happens on the Wall Street or in Asia, and the average daily trading volumes are not very consistent. Nevertheless, it has room to grow, it should grow and we are confident that it will gain more weight in the future. A process has already begun after the listing in the past years of some of the largest state-owned energy companies.

As a matter of fact, Garanti Bank has made an important helping step in this regard: last year, we issued a RON 300 million corporate bond offer, with a five-year maturity. There were 24 investors in total – banks, investment funds, pension funds, insurers, as well as international financial institution EBRD.

Which are the main trends that are (or will be) reshaping the banking industry in the next five to ten years? Are there any particular trends in Romania that differ from other countries in Europe or in the region? Do you expect to see fewer cash transactions and a strong migration towards electronic payments in Romania as well? How much do online transactions represent now of the local banking business and how much will they represent in five years, for example?

Our customers’ needs and profiles change along with the technological advancements, so we always have to be one step ahead. The level of online transactions has grown considerably in the past few years and will continue to grow. We aim to improve and enlarge as much as possible the transactional service offerings and to improve services vertically, like the end to end lending solutions supported by mobile platforms.

As far as trends are concerned, banking is one of the industries quickly adapting to the “winds of change”. As a matter of fact, banking has proven to be constantly adapting in accordance to the way people think, grow, work, spend their time and so on. Keeping up with our existing and potential clients’ social demographics is one of the main challenges that we have become accustomed to manage in this business. The next generation of clients is what it is now called The Millennials – young people with ages between 18 and 35. These people were born in the digital era. For us, as a financial institution, the next important milestone is understanding this generation and finding the best mix to serve its upcoming needs.