Skip to main content
Daily News
Winter is coming for Wild Carpathia: the producers' plan for the Romania series finale 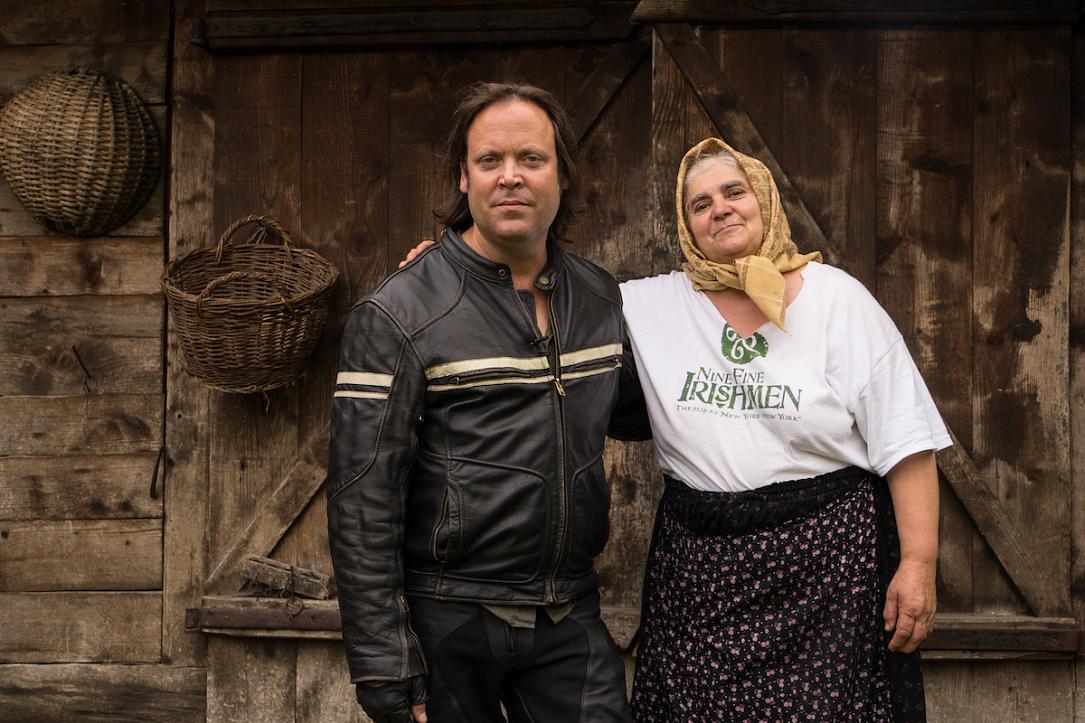 Romania-Insider.com has talked to Charlie Ottley, presenter and producer of the Wild Carpathia series, as the crew wants to begin work on the fifth and last episode of the series: White Carpathia: Winter is coming.

“I do this because somebody needs to, nobody else does it. I traveled the world and have seen places ruined, Romania can still prevent the destruction of its natural and cultural resources.”

After thousands of hours of filming across Romania, Charlie Ottley (pictured above), who co-produces the Wild Carpathia and Flavours of Romania documentary series, still speaks passionately about Romania. About the amazing places and the risks we’re putting them through: illegal and irresponsible logging, soil destruction, mountains of litter, leaving historic buildings to fall apart.

It is not his country. Yet, after spending more time in Romania than in his UK home in the last several years, it must certainly feel a lot like home.

“I have seen it in Scotland, after trees were gone, the soil was washed away. And it’s already happening in Romania in the Făgăraș, Rodnei and Retezat mountains,” says Charlie.

He was shooting in Scotland with Travel Channel 8 years ago when Paul Lister of the European Nature Trust invited him to Romania, “to see how Scotland used to look like.”

That marked the beginning of the Wild Carpathia series. One that has taken over Charlie’s life. He had been travelling for a living since 1999, first as a journalist with Daily Express, then with the Travel Channel. Ever since his Romania story started in 2011, he has been living more in Romania than in the UK. “9 months a year here in the last three years, shooting and traveling across the country.”

Charlie and his small crew – Oana Mihai, Alan Paul and Andrei Smeu – are now raising funds to film Episode 5 of Wild Carpathia, the last one of the series. It will be called White Carpathia – Winter is coming, to be shot during winter and spring in Romania.

The team needs EUR 50,000 to begin filming and carry it through to next year, and ideally a further EUR 150,000 to finish winter filming, and to edit and complete (If you'd like to offer financial support for this episode, you can email our newsroom: [email protected]). They plan to start filming in November and shoot 1,000 hours of footage for the 1-hour documentary.

The final episode of the series will show Romania through winter time: winter holidays traditions, scenery, as well as include a conservation story and a social responsibility angle. “We will have footage from rangers tracking wolves in the snow, for example, and we are working with Foundation Conservation Carpathia for this,” said Charlie. They also want to document what happens to bears, wolves and lynx in Romania.

“We can make it for less but what we raise will define what we are able to include. For instance, we want to create a feature length version for cinema and film festivals as well as a 45 minute version for TV. This will also enable us to include footage of Yellowstone National Park and an interview with wolf expert Doug Smith, who was responsible for their reintroduction 12 years ago and has seen the effect this has had on tourism and the local economy. We would also like to include comparative footage of the highlands of Scotland to once again offer a visual contrast between a destroyed arboreal ecosystem and one that is still currently intact,” said Charlie.

Then, as spring will take over, they want to show how snow melting reveals litter in national parks. “We want people to understand they must pick up their garbage - level one- , and -level two- why not pick up other people’s garbage when you can. It may not be your fault but you can still make it your responsibility.  And for the authorities, to install bear and dog proof garbage bins in national parks is essential,” adds Charlie.

The previous episode of Wild Carpathia – which was supposed to be White Carpathia but which turned into Seasons of Change because of the lack of snow that year – was largely funded through crowdfunding on Kickstarter. It also went over budget at GBP 150,000 as they had to shoot all year round for the new concept.

“I have never made any money out of this. For Wild Carpathia 1, I barely covered costs of living, after 9 months of work. I also worked as a volunteer on Wild Carpathia 4, and for Flavours of Romania series, I’ve put GPB 10,000 of my own money. I take terrible business decisions for myself, for the good of the project. For instance, I was commissioned to make 8 episodes for Flavours of Romania – but Transylvania was too big with too many important stories. So I made nine, which is why I ended up having to fund it myself,” Charlie admits.

The team of four have also been shooting and producing the Flavours of Romania series, nine episodes which they now want to launch on DVD – more info here. The series was sponsored by Carrefour. The small team does a lot of multi-tasking, and manages to do things fast and on a budget. 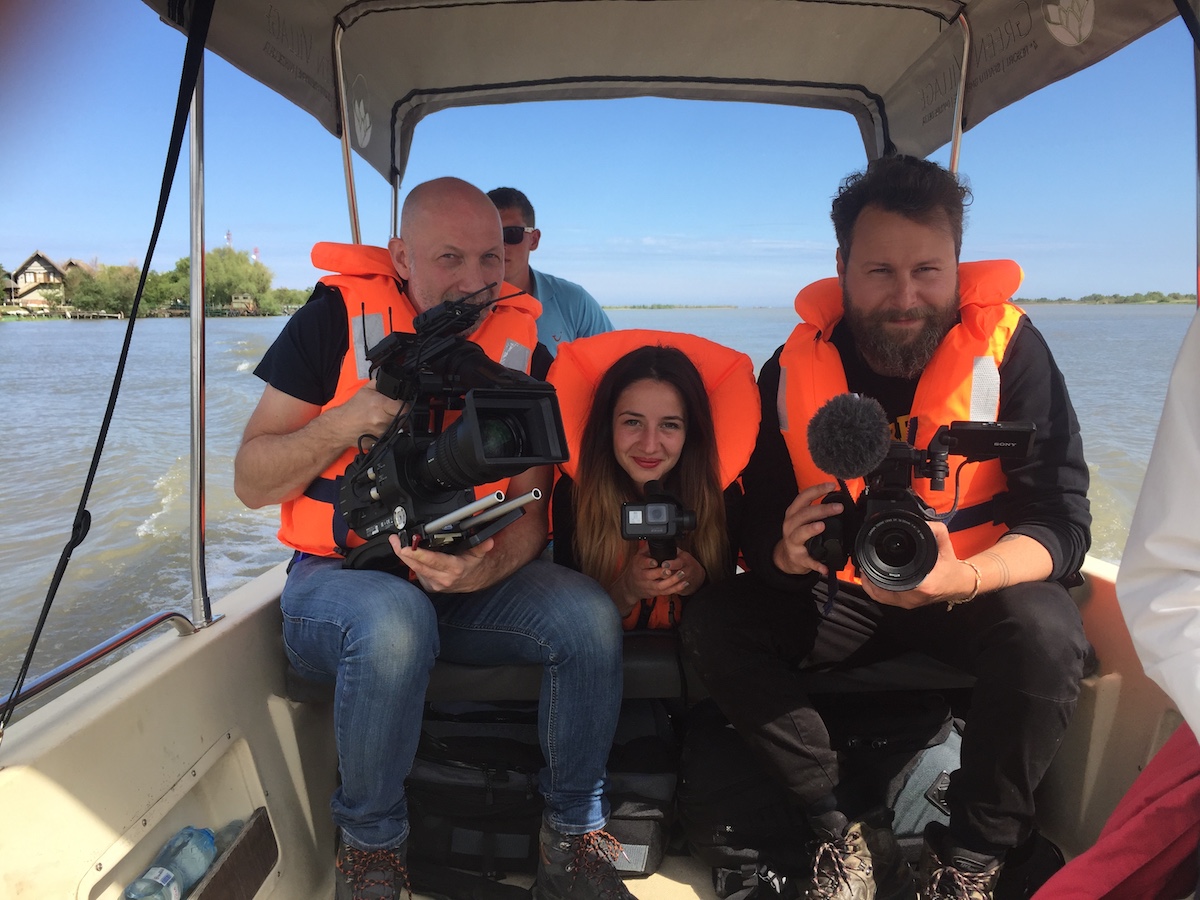 Wild Carpathia episodes 2 and 3 were funded by the Romanian state, as a way to promote the country. The first episode of the series, famous for having included Prince Charles of Wales who spoke about Romania’s nature and traditions, had been possible with the financial support of the European Nature Trust and philanthropists.

The producers have already agreed with local TV channel Kanal D to screen Wild Carpathia 5 once finished. They also hope they will screen it at the United Nations, similarly to episode 4, which was watched by 193 member states representatives and 400 VIPs in New York last year.

Each of their productions brings together people who are contributing their skills, sometimes for free. Some 10 people in total work to finish each documentary. Romanian folk singer Grigore Lese has offered his music for free for the series, while famous tennis player Horia Tecau has helped them with the crowdfunding campaign, among others.

“This is about leaving a legacy, not about making money. We are all custodians of old buildings, of nature, and it’s our duty to preserve them for the future generations,” adds Charlie.

His home in the UK is a 500-year old building, which he renovated using certain traditional materials. UK laws protect old and valuable buildings, which can even be expropriated if not well taken care of by their owners.

“Romania needs better planning regulations for areas with outstanding natural and cultural importance.  I saw stunning old wooden villages where traditional homes are being destroyed, burned or dismantled and where people were allowed to build concrete guest houses - which at the current rate will soon be empty, as there will be nothing left for the tourists to come to see,” says the UK film producer.

Tourism could be the biggest revenue source in Romania, if people promoted and took care of Romanian values. “For example, I struggled to find anywhere in Romania a selection of Romanian beers on tap, they are hidden. People seem to be ashamed of Romanian beer and don’t recommend it. Romanians should promote Romanian products more,” says Charlie after his travels all throughout Romania.

When shooting in various places in Romania, it was sometimes difficult for the Wild Carpathia crew to find enthusiastic people, “as enthusiastic as we are”, to speak about their places, their traditions. But Charlie Ottley and his team are in it to change this.

Wild Carpathia and Flavours of Romania won the Best Promotion for Romania Abroad prize at the Romania Insider Awards 2018. 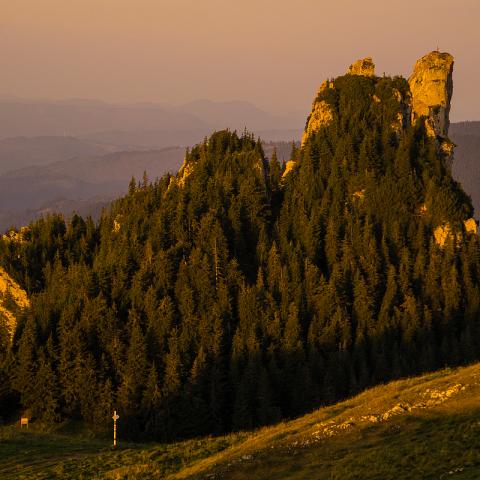 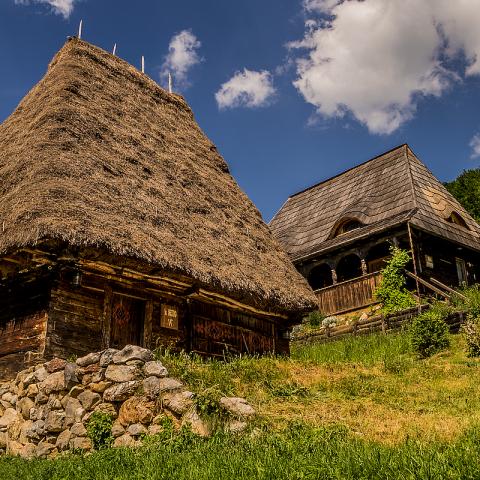 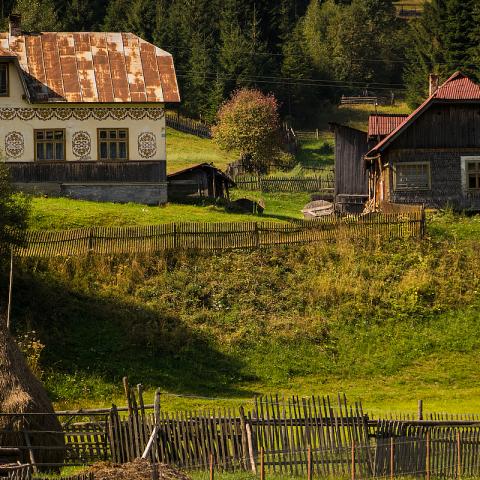 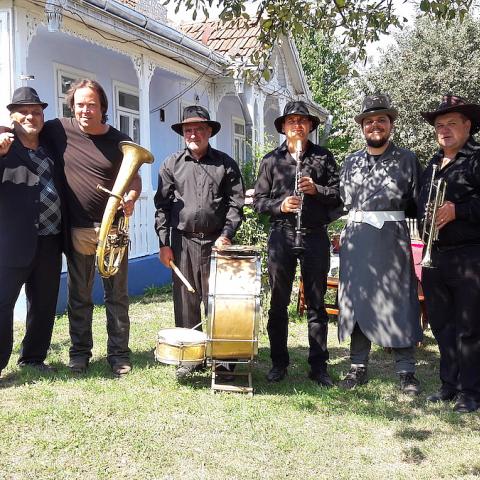 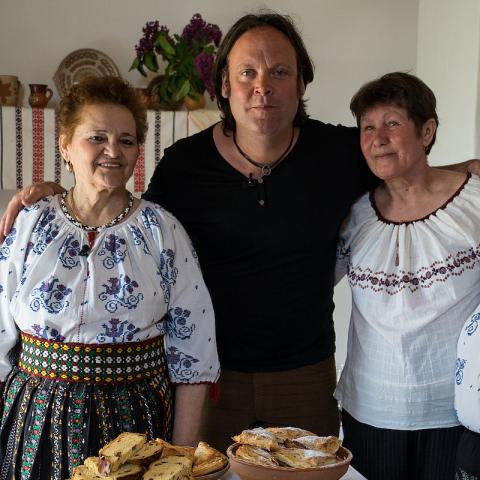 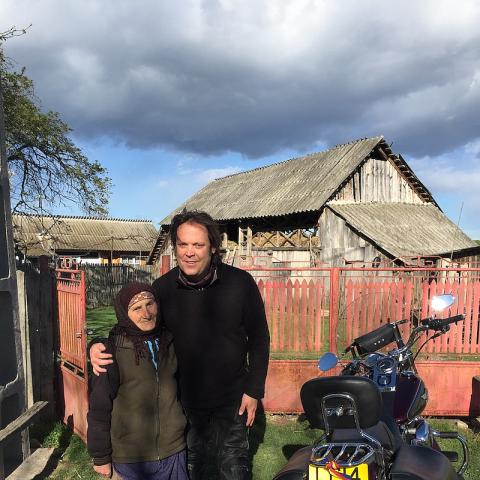