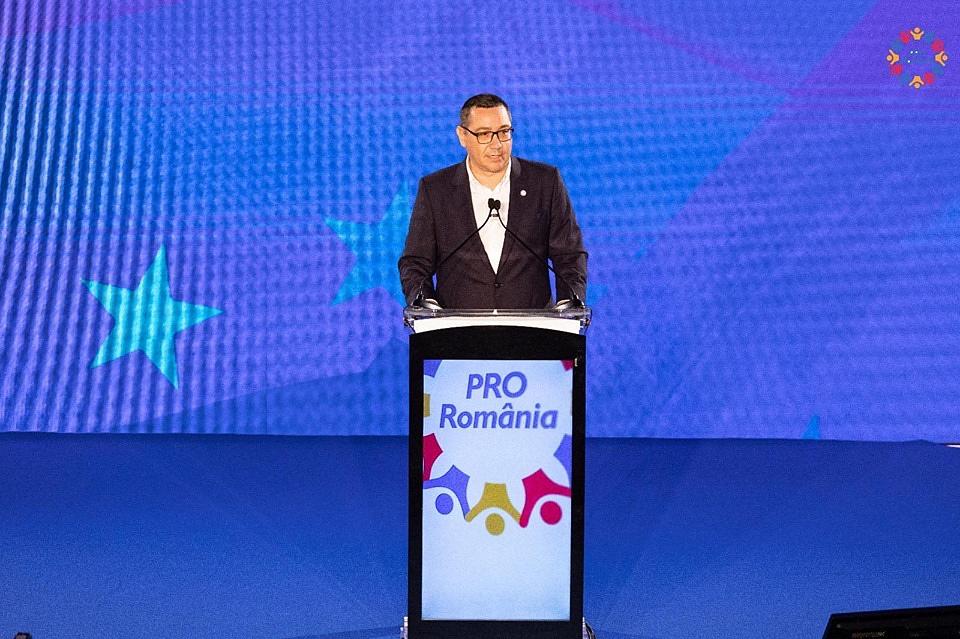 Pro Romania, the political vehicle of former Social Democrat (PSD) leader Victor Ponta, is likely to have its own candidates in the Bucharest local elections, G4media.ro reported.

Some interpreted Ponta’s comment about this option, after the failed negotiations between his party and PSD, as an imminent candidacy of Ponta himself. Particularly his candidacy, but any other Pro Romania candidate enjoying his support, would further complicate the mission of Social Democrat incumbent mayor Gabriela Firea in securing another term.

Radio Free Europe sees the scenario as atomization of the leftist electorate with a positive impact on the center-right parties that have at least agreed over a single candidate for Bucharest City Hall (if not for district city halls as well).

The Social Democrats, by interim president Marcel Ciolacu, expressed firm support for Firea for another term - a fact that was not 100% granted so far.

Ciolacu also said that “Ponta will probably not run,” but there is no reason to believe that this option is impossible. One reasonable argument would be that, after serving as prime minister and running for presidential seats - both enterprises ending dramatically for Ponta, the candidacy for an inferior position would hurt his ambitions of returning in the race for the presidential elections.