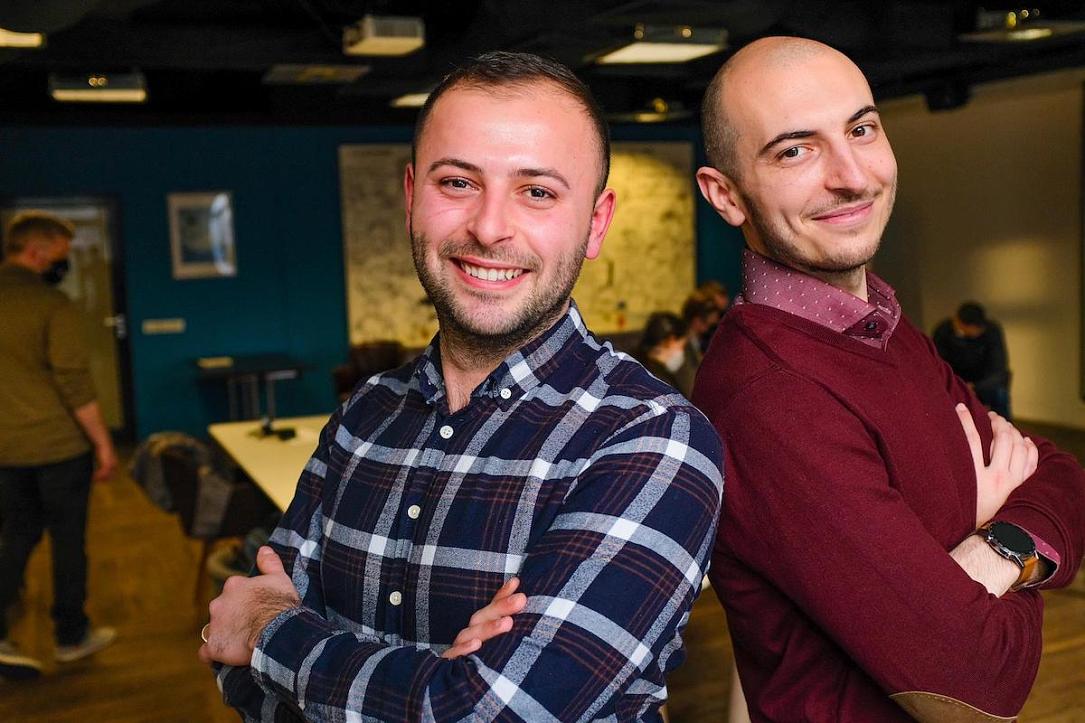 With Vehicool, users can have their cars washed right where they’re parked, at home or the office, with almost no water at all. The mobile car wash service is currently available in Bucharest, but the two founders have big expansion plans that go beyond national borders.

The story of Vehicool started about a year and a half ago, in November 2019. Ionut Miftode (picture, right) and Alex Caplea (picture, left) were working at the same company back then, as computer programmers, and they came up with the idea during a lunch break.

“Ionut is the type of person who washes the car at least twice a week, and I was in the position of most of our customers - I didn’t like going to the car wash, waste my time for that,” Vehicool co-founder Alex Caplea told Romania-insider.com.

The idea started taking shape a month later, in December 2019, when Ionut wrote the first lines of code for the future Vehicool app. The project simply moved forward from there, with the two co-founders splitting their time between their regular jobs and their new project. And, after joining a startup accelerator and spending months trying to find the best ways to make their service (close to) perfect, Ionut and Alex decided to launch the app in October 2020.

“First of all, we wanted to make sure that, at least in theory, the idea can be applied. We got a lot of feedback from that accelerator, and only then, after about three months, we accelerated this process of forming a small team, identifying the right solutions, and developing the process. I think we already had 50 cars washed before actually launching the app. This way, we got a lot of feedback from customers - whether they were friends or other acquaintances -, and this helped us a lot to improve the whole experience,” Alex Caplea explained.

So far, Vehicool required total investments of around EUR 100,000 - an amount that includes both money invested in the business and its promotion and the two entrepreneurs’ work. And the co-founders continue to have talks with potential investors, planning to grow their startup further.

At present, Ionut and Alex are not only running the business. They also wash customers’ cars, together with two other agents. In April, the four-member team performed about 100 washes, but the goal is to grow the number to 1,000 washes/month by the end of the year. And, of course, add more members to the team. The target is to have 12 agents washing cars in Bucharest by the end of 2021. That would allow the two entrepreneurs to focus more on their big expansion plans.

Vehicool is currently available only in Bucharest, but Alex and Ionut plan to franchise the business to other cities as well, such as Cluj-Napoca, Timisoara, Brasov, Constanta, or Iasi and even cross the border to other countries in Europe. All that while adding new services to the app, as they intend to turn Vehicool into a complete car care app.

“Whether you want to make an appointment in service or you want to buy a vignette, you will find the solution in our application,” Ionut Miftode said.

What exactly is Vehicool, and how it works?

The Vehicool app brings the car wash service to the customers. Agents enrolled in the platform come to the place where the car is parked, be it at the office, at home, or anywhere else, and wash it using a method called rinseless car wash. This process involves the use of a special, biodegradable solution that absorbs the dirt, leaving the car as clean as it would be if washed with lots of water in a regular car wash. And, according to the two co-founders, this process is also safer for the car.

To try the service, users have to download the app from Google Play or App Store and then set a location and date/time for the wash. The service is available in all six districts of Bucharest, Monday to Sunday from 08:00 to 20:00. Customers can book a basic car wash, as well as extra services such as interior cleaning, animal hair removal, windshield fluid refill, or wheel pressure. A basic exterior car wash, for example, takes about 40 to 60 minutes.

Ionut Miftode is from Bacau and studied computer science in Iasi. Alex Caplea is from Braila and graduated from the Faculty of Sociology. The two met and became friends at work. They both worked as computer programmers at a corporation in Bucharest but recently decided to quit their full-time jobs and focus all their attention on Vehicool.

Ionut Miftode has a big passion for cars and likes to read. “Since I became an entrepreneur, I learned that only by educating myself can I grow as a person, and I can only do that by reading,” he said.

Meanwhile, besides his passion for computers, Alex Caplea also likes to spend time in nature. In fact, he plans to retire in a place in the middle of nature.