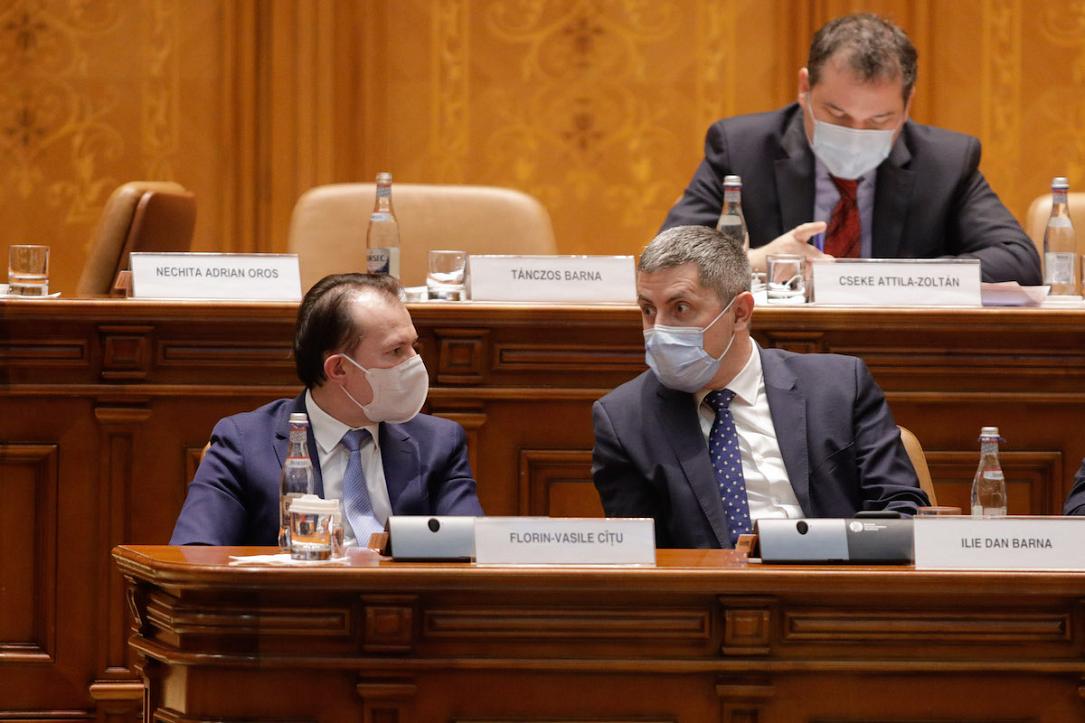 The USR-PLUS alliance, the second-biggest party of the three that make the center-right ruling coalition in Romania, announced it no longer supports Liberal prime minister Florin Citu after he decided to dismiss health minister Vlad Voiculescu, a member of USR-PLUS.

"Vlad Voiculescu's dismissal by the prime minister is a unilateral and politically immature decision. It raises big questions about PM Citu's ability to lead the coalition," said USR-PLUS co-president Dan Barna, who is also a deputy prime minister in Citu's cabinet.

"This morning's announcement related to my taking over the interim, without consulting me, is also a decision that confirms immaturity. We have talked with the President of Romania, and we will find a solution," added Barna, who refused to take on as interim health minister after Voiculescu's dismissal.

The USR-PLUS leaders criticized PM Florin Citu for deciding to dismiss Voiculescu without consulting them. "He made a decision unilaterally, which is against the spirit in which we formed this Governing Coalition. From the very beginning, we decided to work as a team to reform Romania, and until today this is how we have made the joint decisions," reads a USR-PLUS statement.

"As of this moment, Florin Citu no longer has the support of USR-PLUS to continue as prime minister," the alliance said.

The alliance says Vlad Voiculescu started a reform process in the health sector and that prime minister Florin Citu also agreed to support that process. The fact that Citu unilaterally dismissed Voiculescu without any evaluation plays in favor of those who try to delay the health reform, according to USR-PLUS.

"The USR-PLUS alliance wants to remain in a governing coalition that undertakes reforms, not one in which it only approves them but does not do them. We urgently request a meeting of the coalition to discuss the withdrawal of political support for prime minister Citu."

The head of the senior ruling coalition party - PNL, Ludovic Orban, said that his party continues to support Florin Citu for the prime minister seat. He asked USR-PLUS to come up with a new proposal for the health minister seat.

Context: The PM's decision to dismiss health minister Voiculescu and the USR-PLUS alliance's response open the way for another period of political uncertainty in Romania, just as things had somehow stabilized after an agitated electoral year. Any outcome is now possible as the Liberal leader Ludovic Orban could use this opportunity to remove Citu from the PM seat, where he is growing into a strong contender for the party's leadership. However, removing the prime minister would also require forming a new cabinet and a new confidence vote in the Parliament, leaving room for surprises. Moreover, the negotiations for a new cabinet could also lead to a different split of the minister portfolios among the coalition's members, one from which USR-PLUS has more chances to lose than win, as many Liberals were unhappy with the initial split.