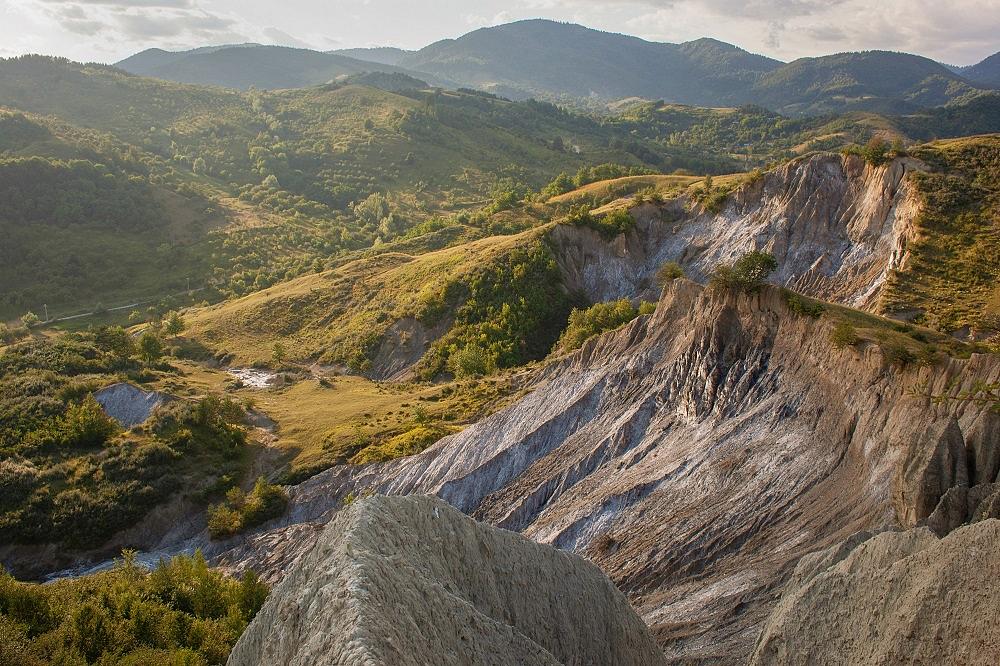 Two UNESCO experts arrived in Romania on Wednesday, September 15, for a field mission to evaluate the Buzău Land (Ținutul Buzăului), the country's candidate for the Global Geopark title. They are set to spend several days in the area to take the pulse of the local community and meet with mayors, entrepreneurs, locals and teachers.

The experts' visit represents the last stage of the project evaluation process. After this, the project can be accepted for the title, postponed, or rejected.

The UNESCO specialists will evaluate the criteria that the Buzău Land must meet to get the Global Geopark status while also checking to see if the reality confirms the information included in the file sent to Paris in December 2020.

To get the Global Geopark title, Buzău Land has to meet 99 of 101 criteria. All the famous tourist landmarks of the Romanian area will be evaluated by September 19, such as the Muddy Volcanoes, the domes of salt, the Eternal Flames, or the Trovants from Ulmet.

According to a statement from the Ținutul Buzăului Association, the two UNESCO evaluators are known to be highly rigorous. Ilias Valiakos (Lesvos Island Geopark, Greece) is the UNESCO evaluator with the most field missions and one of the most experienced Geopark evaluators, while Margaretha Roelfs (Hondsrug Geopark, The Netherlands) comes from the only UNESCO Global Geopark in the Netherlands.

After the field evaluation mission, the two experts will provide general feedback without immediately giving a verdict. About a week after the visit to Romania, they will send a joint report to the UNESCO Secretariat in Paris. The latter will analyze the report, together with the other two reports prepared by a UNESCO commission and a commission of the International Union of Geological Sciences (IUGS) - based on the file submitted by the Ținutul Buzăului Association in 2020.

Next, the UNESCO Secretariat will send a proposal for acceptance, postponement or rejection to the Board of UNESCO Geoparks, which meets every year in May. The final decision will be communicated based on the votes obtained.

By obtaining the UNESCO Geopark status, Buzău Land will become an internationally recognized territory, being promoted by UNESCO and the European and Global network of Geoparks. At the same time, the status of Global Geopark will attract tourists and have the potential to convince entrepreneurs to invest in alternative tourism, agrotourism, cultural or adventure tourism.

Ținutul Buzăului Association will ensure the Geopark's management, with its partners' support, including the Buzău County Council and the University of Bucharest, a Scientific Council, and an Advisory Council.

Also, the Buzău Land will have a multi-annual budget for this project, with the funds being provided by the Buzău County Council and by the Ținutul Buzăului Association. Other income sources, such as sponsorships, donations, or the revenues from selling products under the Ținutul Buzăului brand, will add to the Geopark's budget.

At present, there are 169 UNESCO Global Geoparks in 44 countries, according to official information. Romania's Haţeg Geopark is also on the list.