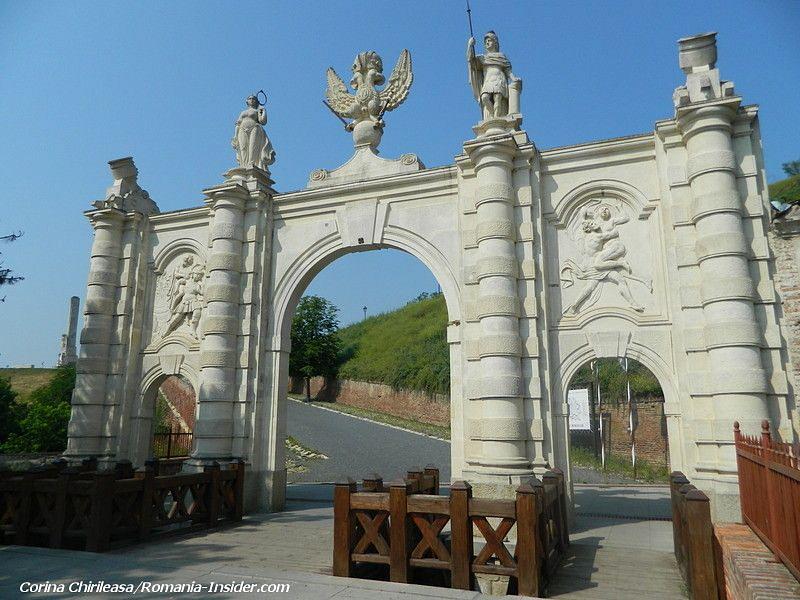 Corina Chirileasa took a trip to Alba Iulia, in the center of Romania, to discover the famous Alba Carolina citadel and to delve into the history and beauty of this tourist destination, a newly re-discovered gem.

I had visited Alba Iulia once, several years ago, when I only saw the Orthodox Cathedral and when I had no idea what a beautiful fortress the city has – back then, revamping work was ongoing – so in my head I dismissed it. But I re-visited properly recently, and I was in awe to discover a place of which I had no idea how beautiful and full of history it was. 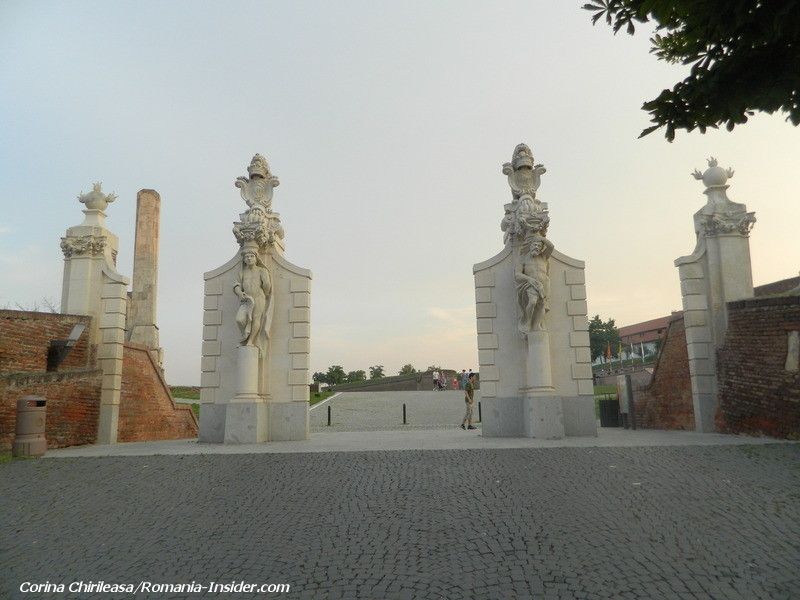 Well, I knew a bit about the history – most Romanians know Alba Iulia is the place where the 1918 union took place, and is commonly referred to as the other capital city. But few probably know about its Alba Carolina citadel, which now, after the restoration, with EU and private money, looks stunning. Alba Iulia is an as yet undiscovered gem and I bet it will be a tourist magnet soon – I can already see the signs –  so book your trip before it gets crowded! 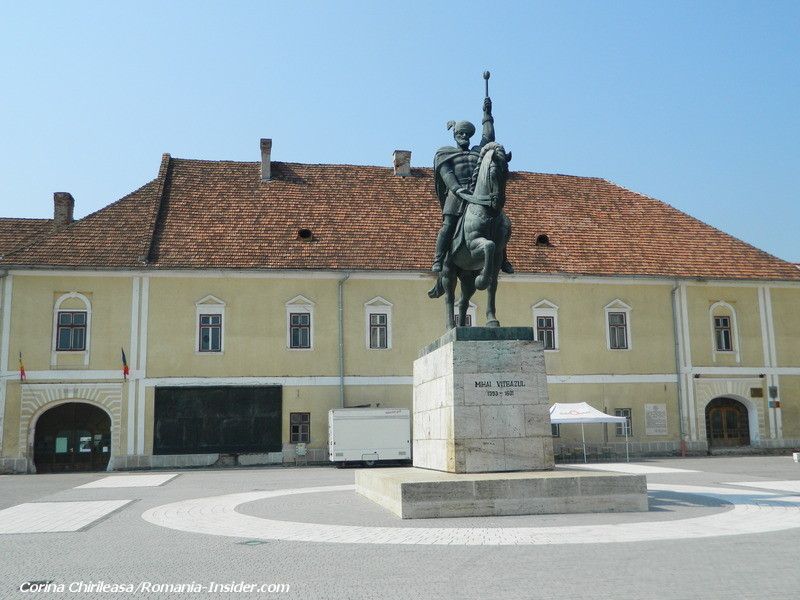 The statue of King Michael the Brave

It's the heritage that makes this city a must-include-in-my-holiday destination, but it's not only that. The main attraction is the Vauban fortress called Alba Carolina, and a trip around the citadel- which should be guided, otherwise you'll miss a lot of stuff – is a trip through Romania's history, back to the Dacian and Roman settlements, to the Habsburg citadel in the star-shaped configuration designed by the French engineer Marshal Vauban. Should you need a guided tour, the place to ask for one is the Museum of History (where the Union Hall is also located), where they can organize tailored tours, depending on how much time you have. They're talented story tellers too – the museum director Gabriel Rustoiu is one of them. 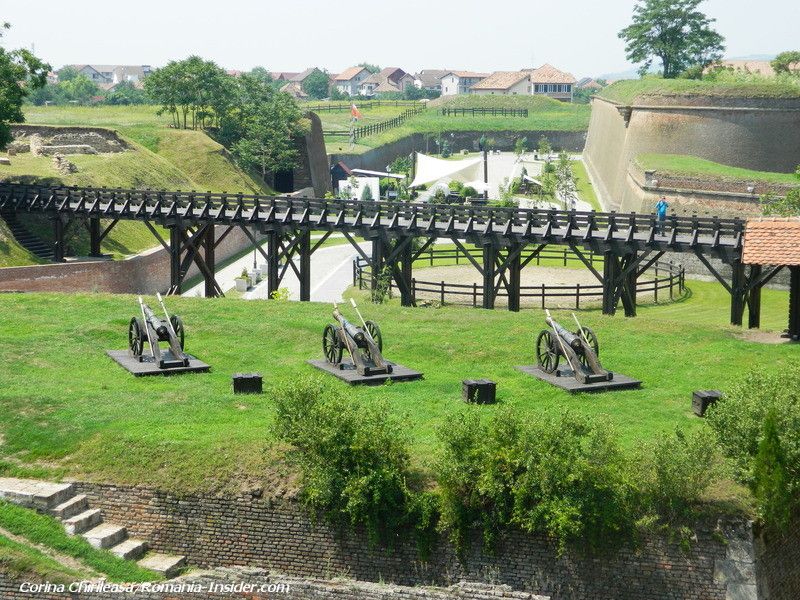 The Vauban fortress was built between 1715-1738 after the Habsburg conquest of Transylvania, and it looks great restored. The seven gates of the star – shaped fortress are a tour in themselves, and what sets them apart from other Vauban – type of fortresses are the decorations that are still present on the majority of them. 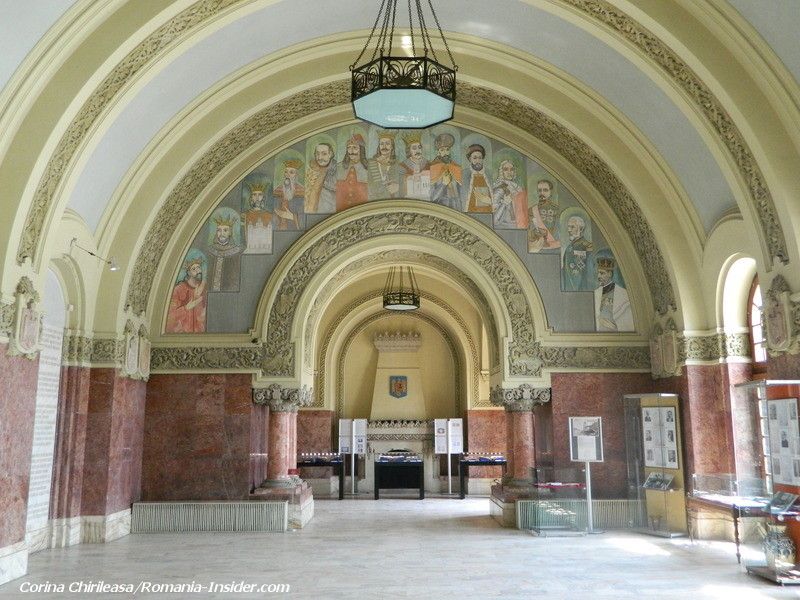 But the history of the place goes further back in time: this was the place where King Michael the Brave unified the three Romanian provinces for the first time (and for a short time) in 1600. Later on, in the 20th century, this was the reason the city was chosen for the Great Union of 1918. To this end, the Union Hall within the Union Museum is a must see. Later on in 1922, King Ferdinand and Queen Maria were crowned in Alba Iulia, at the Orthodox Cathedral, which was built for this occasion. A rarity to see an Orthodox Cathedral so close to a Catholic one, which had been on the site since the year 1000 – and yet they 'live' together in the Alba Iulia fortress. 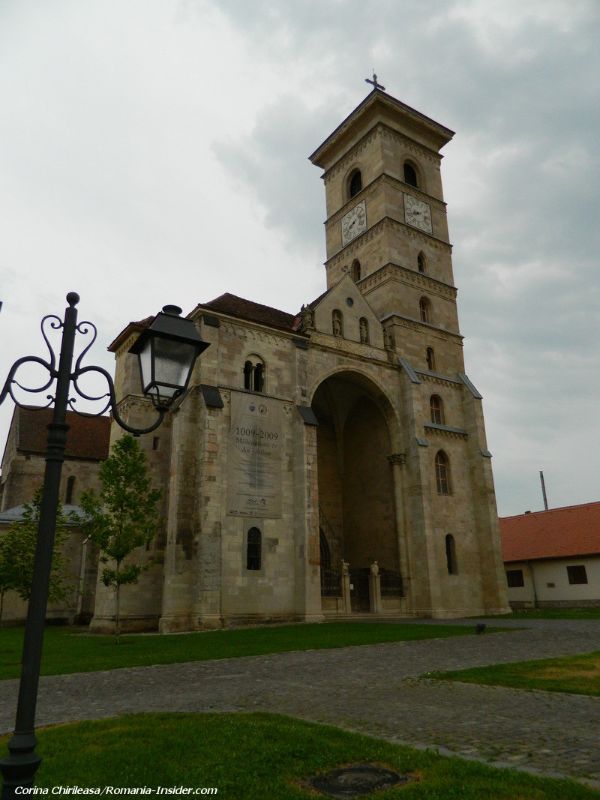 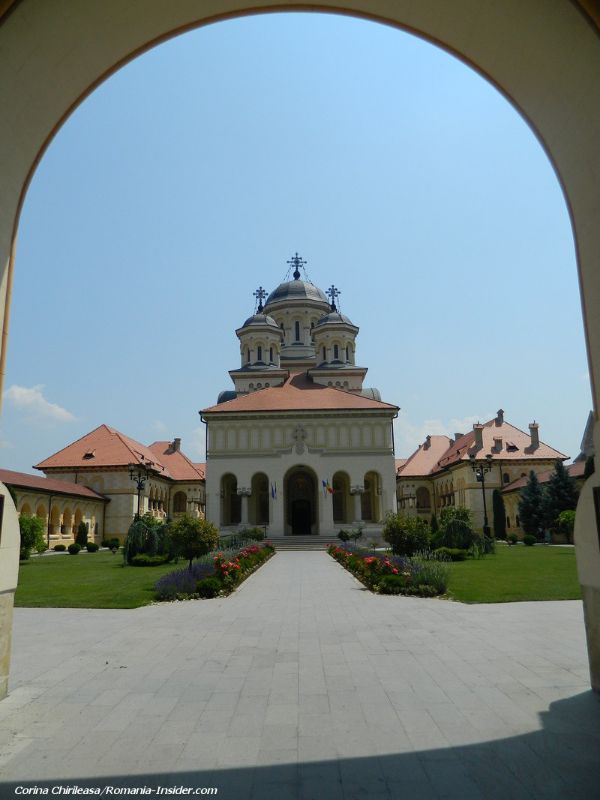 There are several Palaces that need to be visited – so book at least a day for your tour of the fortress. We were impressed by the attention to detail and by the local authorities' understanding of the need for entertainment. We've visited other citadels in Romania and in many cased the whole experience was plain boring (call us superficial is you want, but that is the reality, not everyone can digest history so easily). But in Alba Iulia it was different. From the guards dressed in historic costumes, who perform a change of guard ritual every day, and fire the cannons on Saturdays at noon, to the photo magnet statues located here and there in the fortress, everything creates a positive experience. 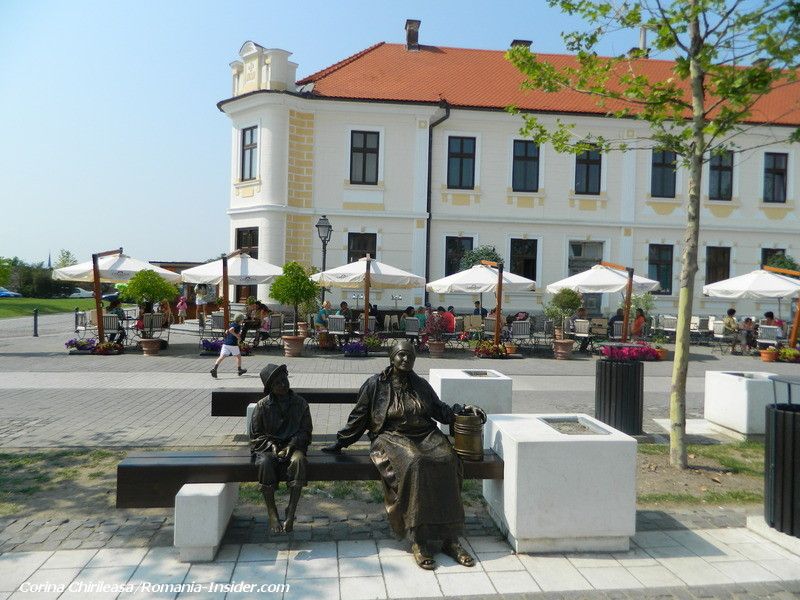 The fortress is a lively place, we happened to visit while an event was ongoing – the City Hall understood the citadel needs to be alive and organizes cultural events often – and a lot of people from down the city were there, a lot of them biking, mixing with tourists. The change of the guard was also very popular among tourists, and so is the new Roman guard the Museum of History has put together – people dressed in Roman army costumes, performing their ritual at 8 in the evening (or at the reenactment at the Dacian Citadel's Festival - which is another story we'll soon tell). 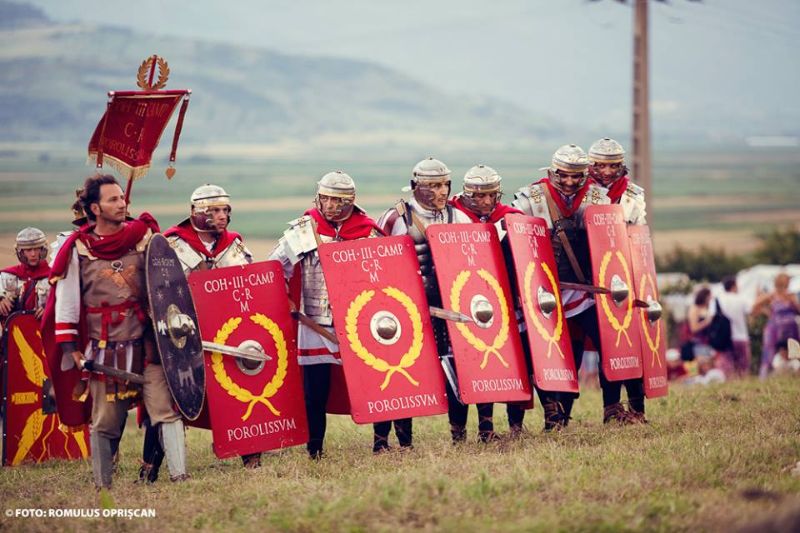 The Roman guard at the Dacian Citadels Festival

The city itself is very quiet and perfect for de-stressing, as it is not on the main transport route, like the nearby Sebes is, so chances are high you will enjoy a stress – free week-end like we did. There's plenty accommodation available, but the two places where we've stayed were the Parc Hotel, and Villa Preciosa, both close to the fortress. The villa was a nice discovery, with elegant rooms and very good food. 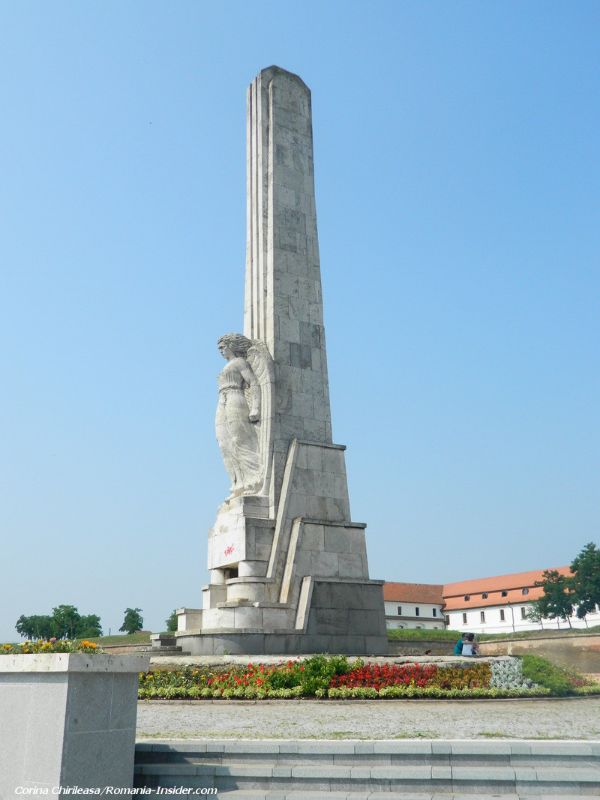 The Obelisk of Horea, Closca & Crisan, the 1784 riot martyrs

While in Alba Iulia, there are several other destinations apart from the citadel. One is the Rametului Gorge, which was an adventure in itself - stay tuned for our story and pictures on Romania-Insider.com. We wrote a bit more about Alba Iulia in another piece here, which inspired us to re-visit the city. 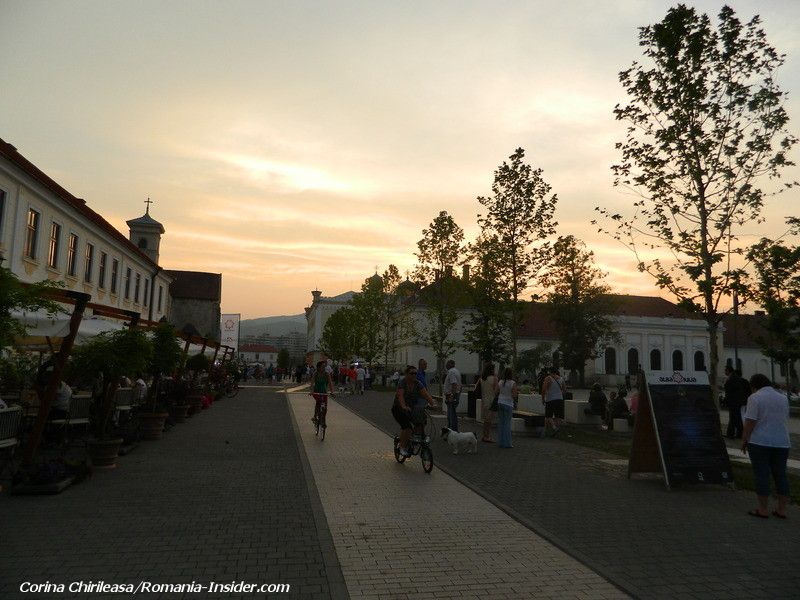 Once the highway which is being built reaches Sebes, it will be even easier to get to Alba Iulia from Bucharest, but even so, on the Bucharest – Pitesti – Ramnicu Valea and then the Olt Valley route, it took us about five hours and 350 kilometers to reach Alba Iulia. The road there is good, although in some areas only just acceptable, but scenery on the Olt Valley is so beautiful that you'll ignore some bumps in the road. If you have time, stop at the Cozia monastery in Caciulata, just at the entry to the Olt Valley. 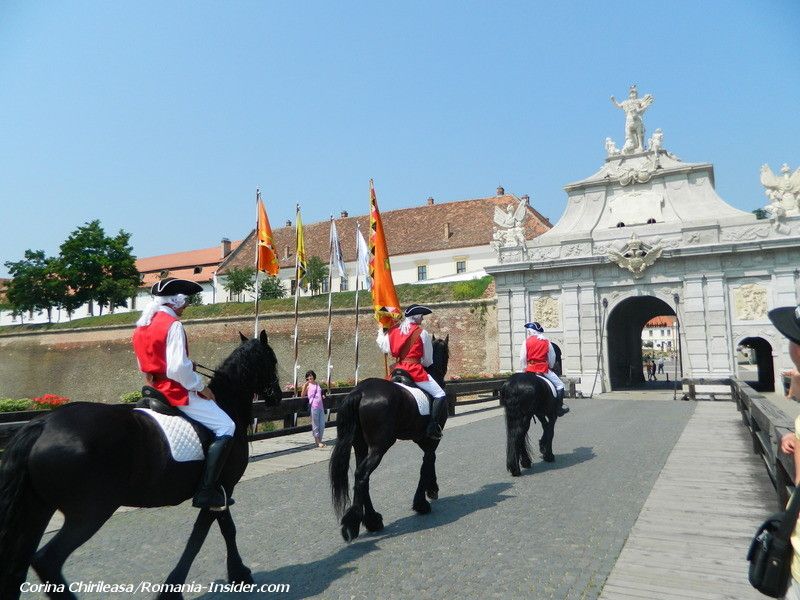 The third gate and the start of the change of guard

On your way back to Bucharest you can take a slightly longer route via the Jiului Valley, and make a stop at the famous Sarmizegetusa Regia Dacian site in Hunedoara county, and then head back to Hunedoara and Petrosani to enter the beautiful Jiului Valley. Just be warned that this summer (2013) the Jiului defilee will be closed for repairs three days a week starting June (on Tuesday, Wednesdays, and Thursdays), but it should be good for weekends.

Stay tuned for stories from more places around Romania, as we're traveling this summer to discover what Romania has to offer. If you know of a nice place we should see and write about, get in touch with us.