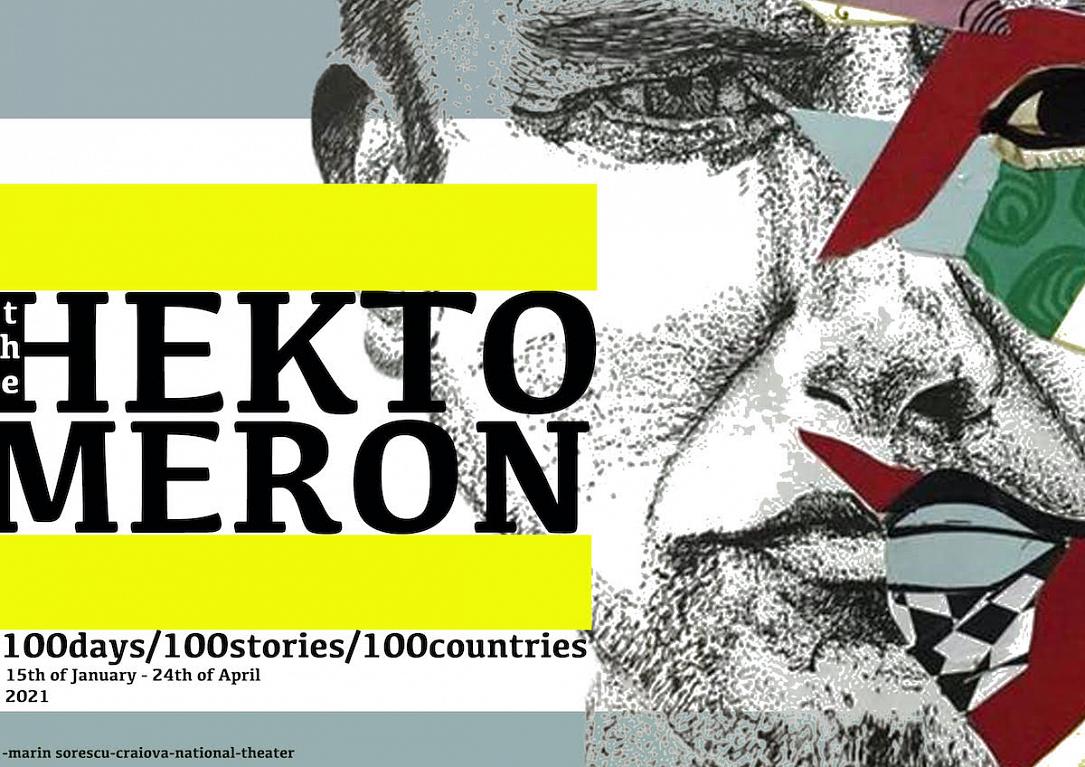 The "Marin Sorescu" National Theatre in Craiova, one of Romania's biggest theaters, launched The Hektomeron, a special international project that brings together 100 directors from 100 different countries worldwide.

"Inspired by the Decameron written by Giovanni Boccaccio more than 650 years ago, the project of the "Marin Sorescu" National Theater in Craiova presents the author's 100 tales at a time when isolation, fear, and death are present in today's world just as they were present in Florence during the years when the Decameron was conceived by Boccaccio," according to theater representatives.

The project was launched on January 15 and, every day until April 24, it will unfold a story staged by a different director and streamed live on Hektomeron.com. Thus, the project will bring together 100 directors from 100 different countries around the world. The episodes will be filmed and streamed live from the theater's "Amza Pellea" hall.

So far, three episodes have been broadcast, staged by theater directors from Italy, Ukraine, and Botswana. Other directors from Hungary, Brazil, Spain, Albania, Rwanda, Croatia, the US, Slovenia, Burundi, Montenegro, Bulgaria, Cameroon, Mexico, and the Republic of Moldova will also present their performances online, on the dedicated platform.

At the end of the project, all 100 episodes will be presented in full on Hektomeron.com, in a 25-hour marathon.

All episodes will be performed in Romanian with English subtitles by the "Marin Sorescu" National Theatre's actors, except for the episode directed by Radu Afrim, who will work with an artist from abroad.