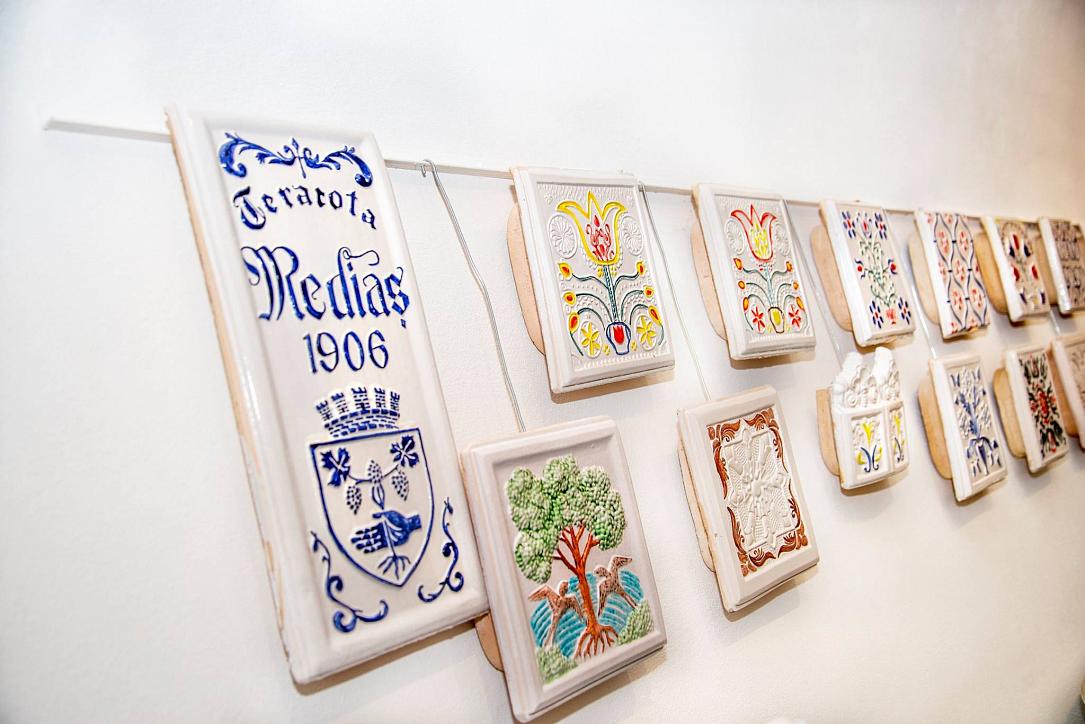 More than 100 years ago, in 1906, the terracotta factory in Mediaş opened its doors, manufacturing tiles used in the construction of terracotta stoves. It started anew in 2015, when it changed owners but not the way it produces tiles, taking further a tradition that goes back to the region's craftsmen.

Teracota Mediaş was established in 1906 by Transylvania Saxon Gref Iulius, its owner until 1938. Until four years ago, it had various owners, including the Romanian state. In 2015, Saxon entrepreneur Uwe Draser, the owner of SN Deco Group, took over the plant and decided to preserve the traditional way of doing things.

“When Mr. Uwe Draser took over the factory, his first thought was to not let tradition disappear. He was always fascinated with this craft and with the wonderful things that can be made here. Given that the first owner of the plant was also a Transylvania Saxon, he felt it was his duty to preserve and continue this tradition,” Radu George, the general manager of Teracota Mediaş, explains.

At the moment of the takeover, the factory had experienced financial woes and the building was in poor shape. An investment of some hundred thousand euros managed to restore its shine, and a new furnace and equipment to help the production process were purchased. Now, the factory has orders in the country and in Europe.

The terracotta tiles (cahle in Romanian) are used in the building of the stoves’ walls. At Teracota, every tile is pressed, polished, glazed and painted by hand. The same recipe for the raw material has been used since 1906; it includes burnt scrap, kaolin clay, fire clay, kaolin, Aghireş sand, and firebrick. “All these materials make the terracotta produced here withstand repeated burning cycles, and accumulate and release heat gradually,” Radu George explains.

Traditionally, the clay was fitted into a wooden mold, with embossed decorative motifs. The same technique is used today: the mold is sculpted manually out of plaster, then reproduced for the making of a series of tiles.

“The main difference between us and other companies is, first of all, the recipe used and the fact that each terracotta tile is made through manual pressing; the same goes for drying the pieces, painting and glazing them. We can say that we are currently the only factory that produces manually pressed and painted terracotta tiles in the country,” George says.

The tiles come in several main shapes, corresponding to various parts of the stove, but the factory also manufactures parts for larger stoves, like the ones found in manors.

The tradition of making terracotta tiles goes back to the potters’ guilds in 14th and 15th century Transylvania towns (1). Sibiu, Brașov, or Bistrița were pottery-producing centers at the time. As the terracotta stove started being used more widely, the production of tiles expanded from urban centers to rural ones, in the 15th and 16th centuries. For instance, in the first half of the 16th century, documents attest the existence of the potters’ guild in Biertan. The guild there established its statute in 1531. Some potters’ guilds were subordinated to others. The guild in Cisnădie to the one in Sibiu, while the ones in Ațel and Moșna to the one in Mediaș.

The emergence of the first terracotta stoves is linked to attempts to improve the open hearth, for a long time the main source of heat in the home, and also used for the preparation of food. Because it did not produce enough heat, the hearth was improved with the addition of stone or clay walls, to which the terracotta tiles were added. Once heated, these maintained the heat for longer.

With the tiles in a variety of models, the stoves could reflect the owner’s social and economic status. The tiles in the collection of the Astra Museum in Sibiu have designs ranging from religious motifs to floral, plant or stellar ones.

Through a partnership with Astra Museum, Teracota managed to replicate some of the old tiles found in the region. The plant can reproduce any model and make the mold for limited series production. With this, it makes possible restoration projects that start from old pieces or degraded ones.

Among the restoration projects Teracota was involved in are houses in Viscri, the Apafi manor in Mălâncrav, or the Banffy manor. “The collaboration entailed reproducing old pieces and redoing the stoves in those locations. We work together with stove fitters who deal with the restoration of old stoves. Together, we try to remake the pieces and restore the stoves’ beauty,” George says.

The factory currently has over 400 models of tiles, modern ones and replicas of old tiles, simple or with geometric or decorative motifs, glazed in a variety of colors and painted by hand. “Usually, the client comes to us, saying that they want a stove. When they come to us, they change their mind about the model, when seeing the variety we have,” George explains.

The factory can cater to an entire range of clients, from those wanting a pre-assembled, classic stove to those looking for a one-of-a-kind piece, with their family’s chevron on it. “For instance, we had a family who, after the pieces were done, came to the factory with the children, and painted the tiles themselves,” he says. “What helps us a lot is that in the creative department we have a sculpture masters graduate, Ms. Iulia Costescu, who helps make all of the clients’ wishes come true.”

Authorized stove fitters are in charge with putting up the stoves and Teracota has a list of collaborators who go on location for this.

Those who cannot travel to Mediaş can see some of the tiles manufactured there in Bucharest and several other cities. After going on display in the exhibition Teracota, mon Amour!, shown at the White Night of Galleries in 2017 or at the Cantacuzino Castle in Bușteni, the tiles can still be seen at Acuarela in Bucharest and at the Village Museum in Sibiu. In about two months, another exhibition is set to open at the Ethnographic Museum in Iași. 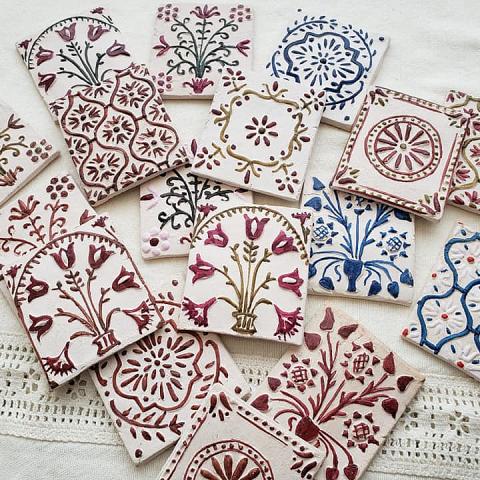 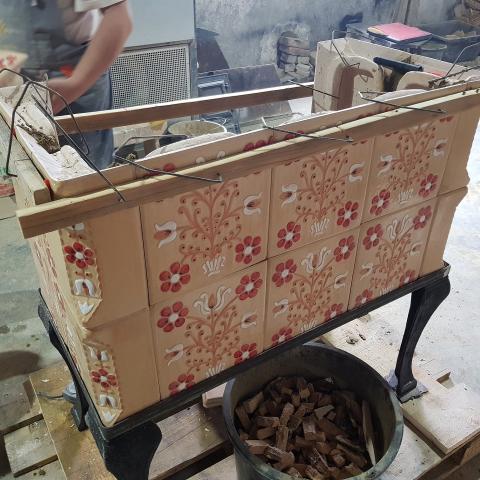 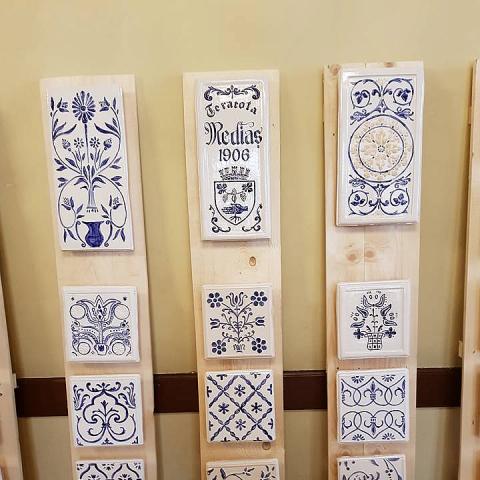