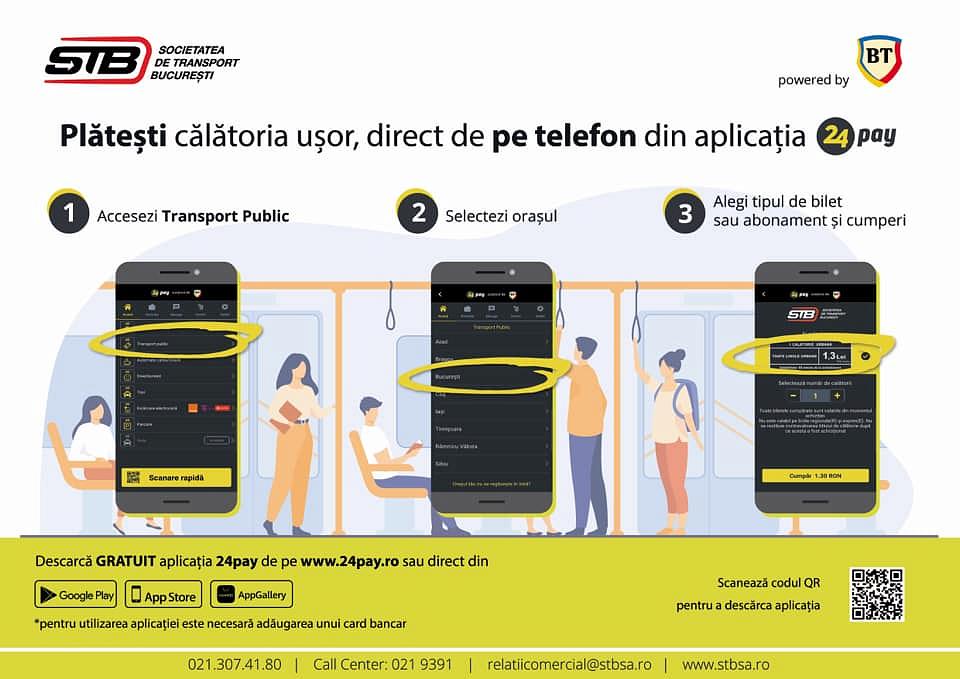 The Bucharest Transport Company (STB), the operator of the overground public transport in the city, launched the 24Pay app. It allows users to pay for trips after adding a card to the app.

The app can be downloaded from the Google Play store, the App Store, and the App Galery, or by scanning the QR code displayed inside the public transportation vehicles.

The users who own trips purchased using the previous BPay app can use them until the expiration date. Afterwards, payment will only be made through the 24Pay app, STB explained.