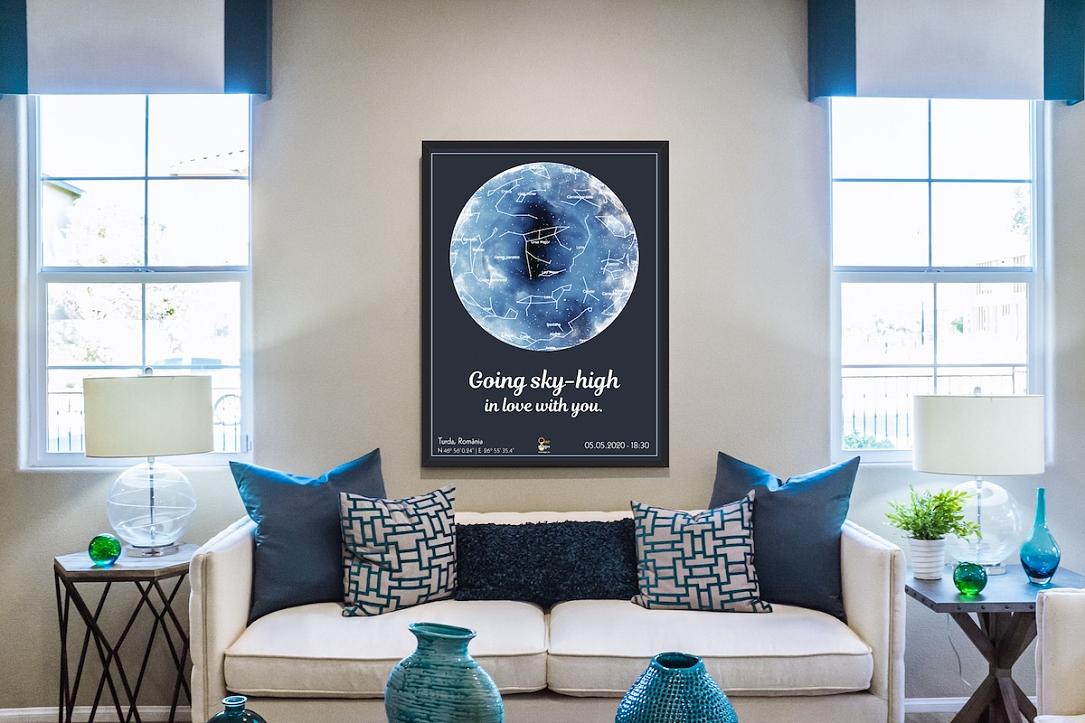 Have you ever wondered what the sky looked like when you said "Yes" or when your baby was born? StarMaps, a small business launched by four Romanian students from Transylvania, may help with that. They make personalized maps that recreate the night sky as it appeared when a special event took place.

It was December 2019 when Horia Roman-Crisan, Ovidiu Damian, Sergiu Tritean, and Leonardo-Mihai Marincean met for coffee to discuss ideas and plans, ready to put their skills to work and start their own business. The four students were looking to start a project that was not only financially accessible but also relatively new on the market in Romania. A few weeks later, in January 2020, StarMaps was born in the city of Turda, Cluj county.

"One of us had bought a star map from abroad a few years back, he remembered the product and, as Valentine's Day was approaching, we decided to test it on the market. So we did not expect it to be successful, but rather we launched it as a test," Leonardo Marincean told Romania-insider.com. 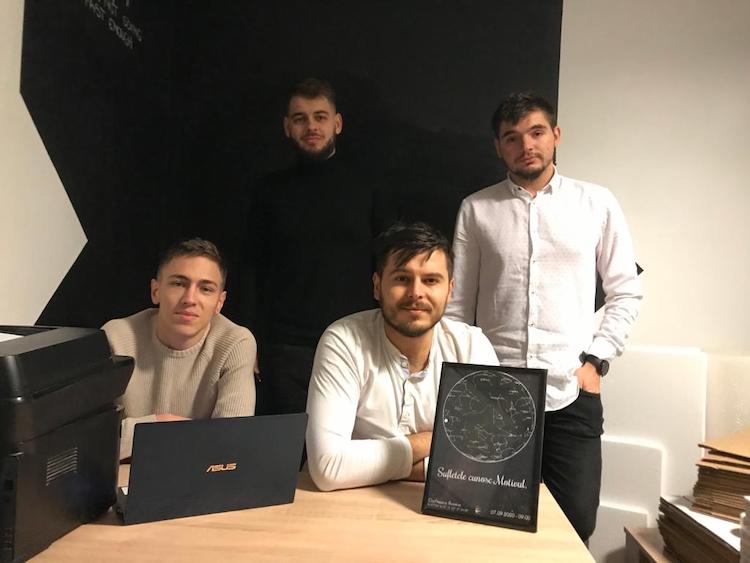 StarMaps started with an initial investment of only EUR 100, but that's because they managed to substitute the other costs with their own expertise - they created the website, online shop, logo, and design while also focusing on promoting their service. In other words, the four students specializing in accounting, economic informatics, computer science, and marketing used their skills to cut back on the costs and boost their business.

And their plan worked. In less than a month after launch and after a first Valentine's Day campaign heavily promoted on social media, StartMaps received orders from about a third of Romania's counties. By the end of the year, the coverage increased to over 80% of counties, as around 400 people opted for such unique gifts. And that translated into sales of EUR 5,000, money that was then reinvested in further promotion and product quality.

So far this year, StarMaps already registered sales of EUR 2,500, and the full-2021 target is to at least double last year's sales and increase the number of orders to around 1,000.

"We're somehow using the snowball strategy because we're constantly investing in promotion, and so higher sales translate into a better promotion, there's a small virtuous cycle there. This year we plan to focus more on collaborations and increase brand awareness," Leonardo explained.

Star maps show how the sky looked like at a specific place and time, when a special personal moment such as the first date or the first kiss, an anniversary, the wedding day, or a child's birth took place. But there have also been companies that chose such a gift to celebrate a business relationship.

These maps are made using a special soft that gathers very precise data about the position of the stars at a moment chosen by the customer. The map is then personalized with a message, printed, and framed. These posters come in various sizes and are split into two different collections, so the prices also vary. The most expensive one costs almost RON 220 (some EUR 45).

StartMaps is currently making deliveries all across Romania but not yet abroad. In 2020, most orders came from Bucharest, followed by the counties of Cluj, Arges, Iasi, Constanta, Brasov, and Timis. And, although most would be inclined to think that women would be more willing to buy such a gift, last year's numbers presented a pretty balanced situation - 55% of customers were women and the rest men.

"I would say that StarMaps helped us grow up, in the sense that we started a little idealistic in business, and this project helped us see how hard it is on the market. But at the same time, it gave us a lot of courage. We have had constant positive feedback from customers, and this encourages us to move forward," Leonardo said.

Besides StarMaps, the four students are also involved in other projects, including a non-profit. And they don't plan to stop here.

"We constantly have other projects in mind," Leonardo also said, detailing their next idea: another online platform, this time one that exclusively promotes accommodation units suitable for teambuilding or any other activities involving a large number of participants.

Leonardo Marincean also gave us some tips to keep in mind when buying a star map:

When choosing the size, also consider the place where the star map will be displayed - will it go on a wall or a desk?

Try to keep the messages that accompany the star map as short as possible. The longer the message, the smaller the font. Thus, a very long message could end up looking extremely small compared to the star map and other large design elements. "I love you" or "A moment written in the stars," for example, look very nice on a star map.

Deliveries usually take between five and ten working days. However, the StarMaps team is open to finding solutions for faster deliveries if necessary.