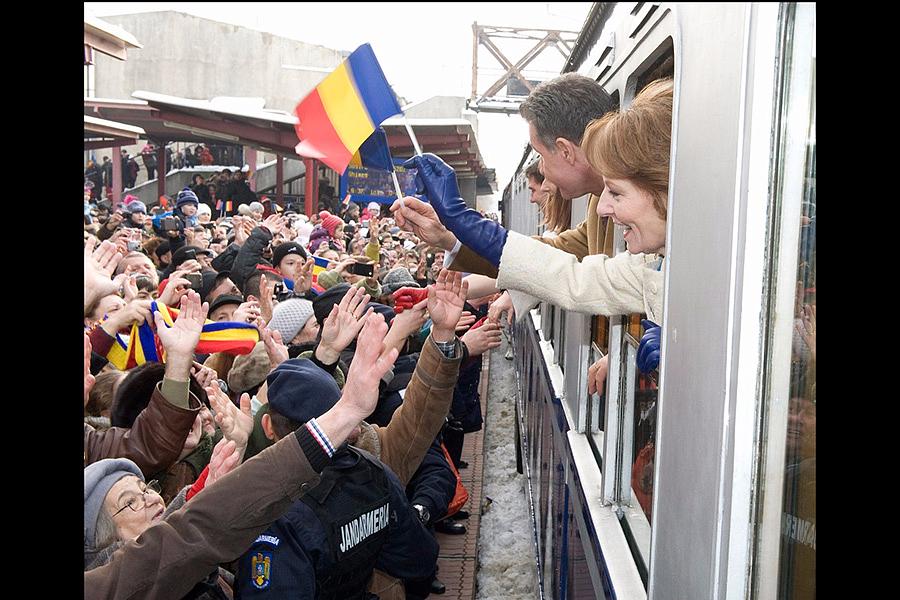 The Royal Train will make a special trip on December 1, Romania's National Day. The train will remake the Turnu Severin – Bucharest route as a tribute to King Carol I, 150 years after his arrival in the country.

“Prince Carol has stepped on Romanian soil, at Turnu Severin, on May 8, 1866. The Sovereign Prince entered the capital on May 10 while the Constitution in which our country was named Romania for the first time was adopted on June 29,” reads a statement of the Royal Family of Romania.

This year, their Royal Highnesses Crown Princess Margareta and Prince Radu, accompanied by Princess Maria, will pass through Mehedinti, Dolj, Olt, and Dambovita counties on board the Royal Train. Their trip will end in Bucharest.

“It is in the tradition of the Royal Family to use the Royal Train journey for social, cultural, educational, or charitable purposes. This year, following the tragic fire in the capital, in which a large number of young people have lost their lives or were seriously injured, the royal family has decided to organize an event dedicated to raising funds. The event will be organized in partnership with medical companies and business representatives,” reads the statement.

The Royal Family is yet to announce what medical project will benefit from the funds raised during this event.

Over EUR 150,000 raised at the 2015 edition of the Royal Charity Concert in Bucharest