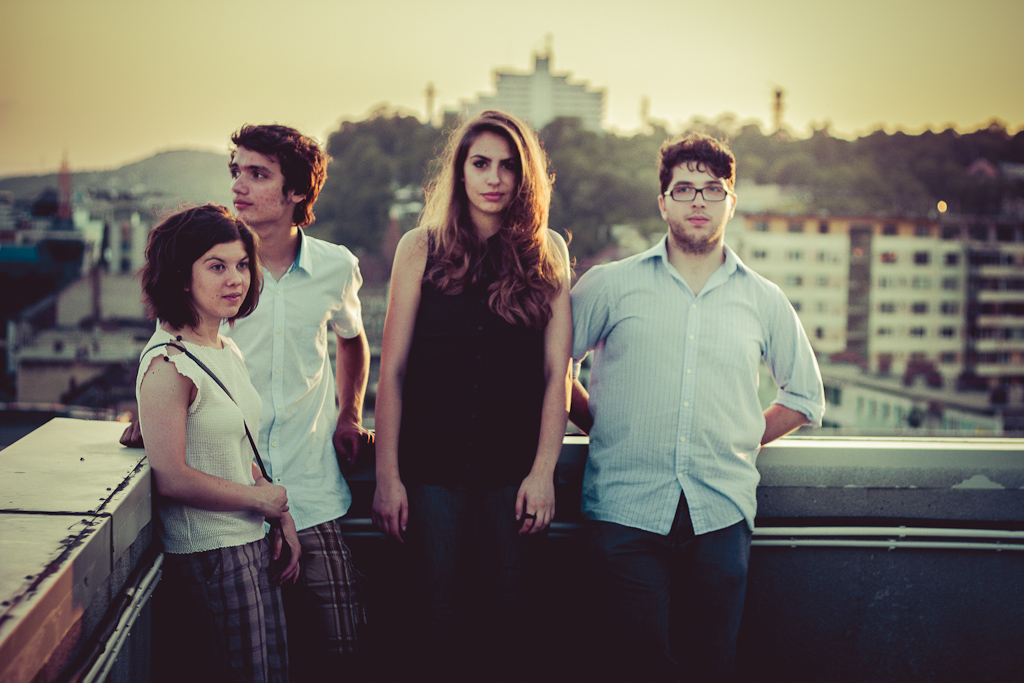 A psychedelic song caught our attention this week and it landed straight up on our list of Romanian songs to discover. The song is called 'Mirror' and comes from a young Cluj – Napoca based band called Lights out!

The song probably won't be heard too often this summer on radio stations or in people's cars when stopped at the lights. It is a different sound that will surely have an impact on those who love the genre. Dreamy guitars and a clear voice, plus the interesting video shot and edited by local young visual artist Sebastian Florea. The more we listened to the piece, the more it grew on us. Listen to it below. The song and the full album also available for digital download here.

Lights Out! are a four-piece psychedelic/indie rock band, who originally met and formed a band in high school. Their line up features Teo Retegan (vocals and keyboards), Oana Pop (drums), Andrei Bobiş (guitars), Andrei Sîncrăian (guitars), all from Cluj-Napoca, central Romania. The band formed in 2010 and in spring 2012 they launched their first album, 'Patience'.