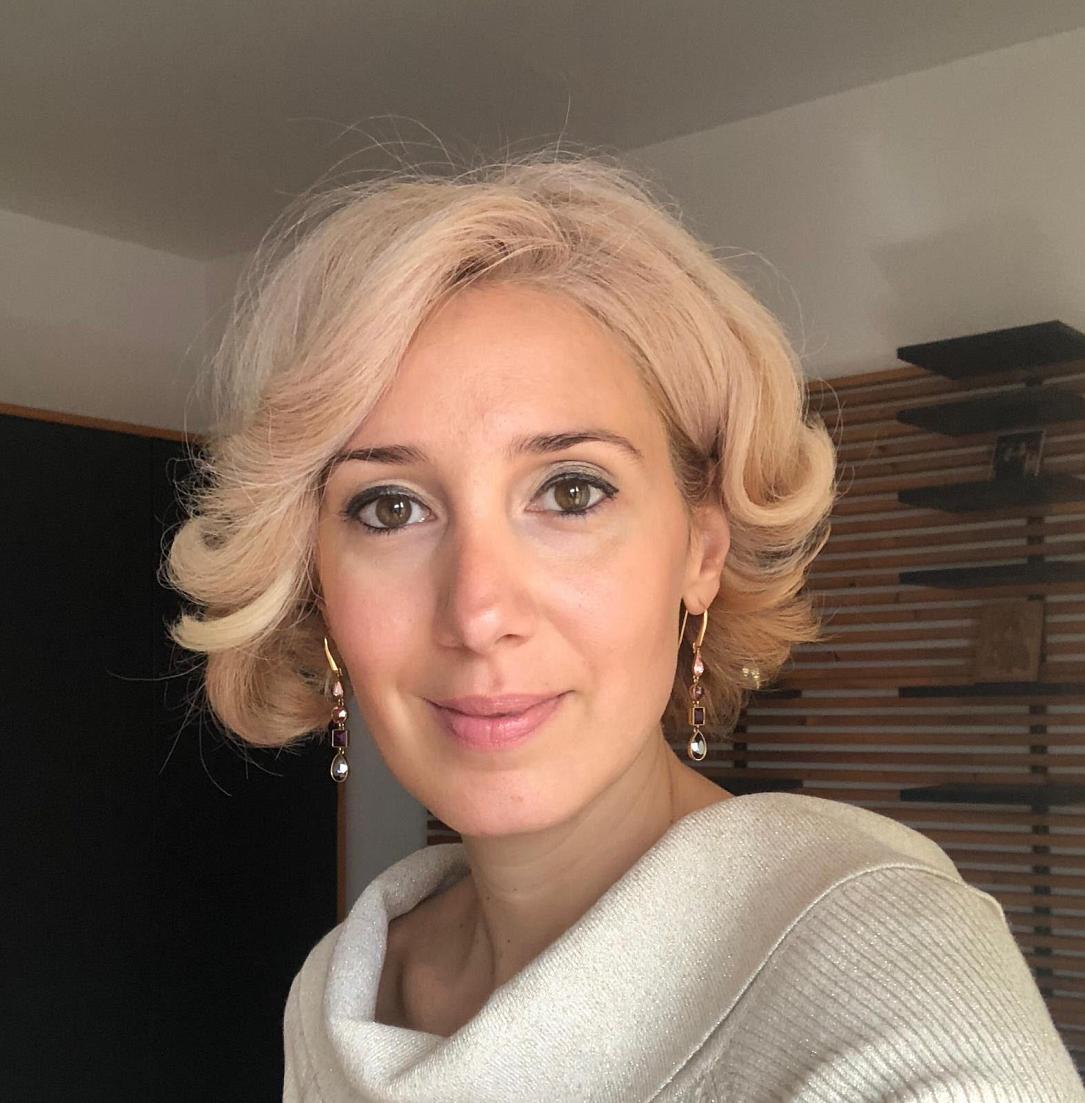 Dana Tudose-Costache, a 39-year old Romanian-American decided to return to her home country, with her family, after 10 years in the United States. She shares the story of her immigration, the reality of New York life beyond TV fantasies, and the reasons she chose to build her future in Romania.

When did you return and how hard was it, for you, to make this decision?

Two months ago today, I repatriated after ten years in the United States. I made the decision to return to Romania, planning to stay long-term, after a short visit in April 2018, which came after I hadn’t visited for seven years straight.

The decision came at what felt like a cross-road in my life. I had already spent a decade in America. I had been thinking about going back for several years, and stayed for all the reasons most Romanian-Americans do: I have American-born children who grew up immersed in the American culture, I studied and worked there for several years, I understood and appreciated most of the values of the American way of life and work style.

Yet, again, like many of my friends and acquaintances here (and many immigrants, generally) I felt that the parts of my life that were very important to me were shrinking in size year after year…I thrive in a highly creative, engaging, challenging environment. I work best when I am surrounded by like-minded people. In Romania, I had created products, services, and successfully delivered them to a market that was open to new ideas, a market where I felt my voice made a difference.

People like me, who constantly feel the need to contribute to their community and make a difference, sometimes suffer from the “small fish in a big pond” syndrome. New York City is full of the most amazing, extraordinary people, with the greatest stories, with real talent and great determination to succeed. I was making small contributions to big communities, big organizations…and I felt I would rather spend my life making a real impact in a smaller community who needs me and my particular talents.

It wasn’t hard to make this decision because I felt that if I won’t make it now, I will never make it. It was now or never. And “never” was not an option for me. Imagining living away from Romania for 10 more years was not what I wanted.

I packed our apartment and our lives in 30 days. It was crazy, but when you are very clear on what you want, things happen.

What sort of life did you have in the US, where did you live?

We have been living in New York and New Jersey since 2011. New York life was a fast one. I took many turns feeling very, very small, and very, very big. I raised my two children and constantly pushed myself out of my comfort zone…every single day.

How was your professional life there, after you left Romania?

You know, I never wanted to immigrate. In 2006, the year I moved to the United States, I didn’t feel I was lacking any professional opportunities in Romania. I wasn’t. In fact, I had my own PR consulting firm and my own talk-show, at the age of 27. I was very happy living in Bucharest, a city I wouldn’t have traded for any other European capital.

But still, you decided to leave…

Yes. It was July 2006 and I fell deeply in love with New York City. It’s impossible for me, now, to rationally explain what I felt the moment I first found myself in Manhattan. It must have been partly my father’s fault, whose unfulfilled dream was to live in America, and together with whom I used to watch classic American movies on TV, during my teens. I had visited many European cities and liked Paris and London as much as anyone else…but to me, they have nothing on New York.

I think I I fell in love with the possibility of who I could become in New York City. Of who I could grow and transform into, in the midst of that tremendous and electrifying energy, filled with power, creativity, ambition, the biggest dreams, and the most fascinating people…

And how did it go for you?

Being a hopeless romantic, it took me a while to give up the fantasy of somehow living on the set of "Breakfast at Tiffany’s" or "Sex and the City"…and immerse in the real New York City life. The birth of my daughter, in 2008, was the moment of sudden realization that I left Romania dreaming of replicating my very privileged Bucharest life in the American setting…and I woke up parenting my first child. It as my first re-calibration. It all seemed suddenly too hard and too far removed from the dreams I had. I realized I needed my parents’ help to raise my daughter if I were to continue my professional path, which is why…I came back to Romania and lived here for almost two years, from 2009 to 2011.
Legal immigration to the United States is a long process. We moved back to NYC in 2011, which started my own path towards citizenship. I got it in 2015, the year my son was born.

What are the highlights of your American story, in retrospect?

America gave me so many amazing experiences, which make me who I am today. I repatriated the person I am because of all of the things I experienced in these past 10 years. I find it less important to talk about the work I’ve done there, the companies I worked with, the studies I completed, my education at Harvard, taking on law school…But there were a few things which marked my soul.

In 2012, I attended the Landmark Forum near Penn Station, and faced, eye to eye, in complete silence, during a special exercise, drug addicts, sexually abused people, people living with traumas, all trying to break out from the mindset and story that someone else is responsible for their happiness.

Then, the year after I moved there, I met and interviewed Angelina Jolie, during a Clinton Global Initiative annual meeting. I remember saying to myself: this woman is the most self-confident and powerful and there’s absolutely nothing she can’t do.

The same year, 2007, I traveled for business with a team of NY strategic PR consultants. I soon understood, plain and simple, that, despite my young age and lack of international expertise, I was chosen to be there because of how I looked…But I succeeded to break the biases of a couple of “heavy” businessmen with the belief that I deserve respect for that “pretty” grey matter in my brain.

I also remember meeting Tony Robbins face to face, in 2014, when he launched a book at the bookstore on my street. I looked into his eyes and saw that this man, who holds stadiums of people in the palm of his hand when he speaks, is all soul and truth.

Another emotional moment was when I listened, in shock, to one of my Harvard professors singing a song about the impermanence of life at the end of a course, crying and watching 60 adult men and women cry or on the verge of crying… It was a powerful moment.

Two years ago, after I became a mediator, during the mediation of a very violent, abusive couple, I learned more about human relationships than I would have during a PhD in Psychology and I was way, way out of my comfort zone. I got very sick while mediating this case – I must have been sick for a whole month. A day after one particular session, she hit him in the head with a lamp, threw a cat at him and ended up in jail for 24h. When I saw them next, he was already suffering from PTSD and needed to be let out of the building after she had left, and after someone would check that she is not within his sight.

And yet, you did not give up on mediation.

The raw human power of mediation, as well as meeting Dr. Ken Neumann, my mediation mentor, a 74-year-old living NY legend,  have changed how I understand human relationships. Dr. Neumann changed my outlook on life. If I miss anyone from my American life, it’s him and the sessions in his office. I hope to carry some of his genius and wisdom through to my own mediation clients and training participants. During the two years I’ve known him and observed him, I was very, very privileged to celebrate his birthday with him, once. We co-mediated a session that day (it was August 8th, 2017) in his office, on the Upper West Side. I baked and brought him a little cake and a present, he blew a few candles, and I felt a tremendous love and respect for this man. I will cherish my time with him forever.

Apart from professional activities, how was the community life in the US?

I taught the Catholic faith to 4th graders for a whole year, as a volunteer Catechist in our local church. I converted to Catholicism in 2015, and I chose to baptize my son in the Roman Catholic faith. The Catholic church in the town I lived in during the past four years had several amazing Reverends. I was so inspired by the community they formed, by the feeling of community we shared during Sunday Mass with many families from town, and by the sheer power of being in the presence of people of great faith.

How was everyday life in the US, compared to how it is now Romania?

In New York, I was called Donna on every cup of Starbucks coffee and in every meeting where I said my name with the Romanian pronunciation of Dana, as I absolutely hate being called the “English” version - read "Deina"; and I secretly loved being called Donna, of course!

Life in the U.S. was predictable, planning it was easy…the routine of running a household, as well as raising children, managing their schedules – all of these are the status quo of most middle-class Americans. Predictable and Routine are definitely not two of my favorite words…I thrive on variety, on novelty, on new ideas. Romania offers me plenty of that. However, I feel I have reached a balanced outlook on life, where I don’t want to live in the greatest uncertainty which fosters the greatest creativity. I prefer to mix up “creative” routines with rigorous planning. My best friends know how much I love to plan. I am not overly attached to any plan, though. I adapt – a skill I learned both in Bucharest and New York.

The question everyone must ask you these days: why back to Romania?

The answer is not in my past…but in my future. I went away, I learned, I changed, I grew. Yet I have never been happier or felt more meaning in my life in America than I have here, among my people, walking around beautiful Bucharest, speaking the sweet Romanian language. My love for our country has never been stronger, and, perhaps, what made it stronger is that fact that I stayed away for so long.

This love I feel for Romania, I know many other people are feeling it, too: CEOs, artists, athletes, other Romanian repatriates who are called “crazy” for coming back. Love of country is not an illusion. The greatest minds we ever had all felt it at the end of the 19th century…even our adopted kings and queens felt it. It is the call of the land…and it is calling us now because it needs us more than ever.