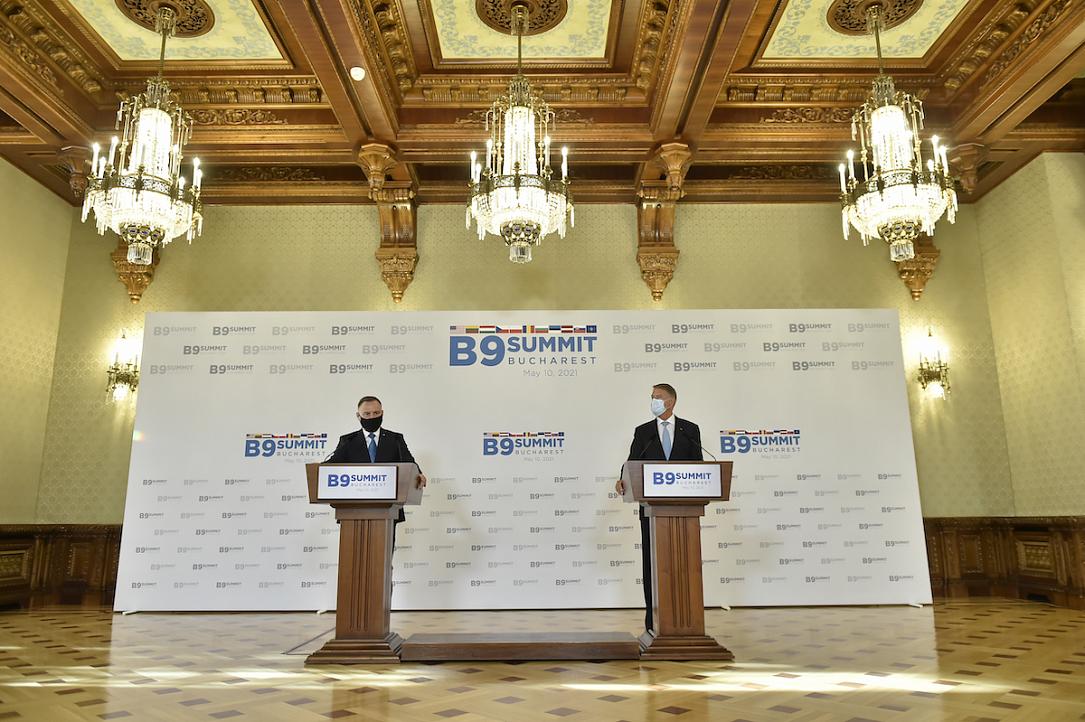 Romanian President Klaus Iohannis and Poland's President Andrzej Duda declared on Monday, on the occasion of the B9 Summit, that there is a need for “stronger allied military presence,” including the US participation, in the southern part of the Eastern Flank, amid the worrying security situation in the Black Sea, Hotnews.ro reported.

Iohannis and Duda hosted on May 10 a virtual summit of the Bucharest Nine (B9) format, an initiative launched by the two presidents, in which all NATO members of the eastern flank participate, including Bulgaria, the Czech Republic, Estonia, Hungary, Latvia, Lithuania, Poland, Romania and Slovakia.

The B9 Summit was attended by video conference by US President Joe Biden, NATO Secretary General Jens Stoltenberg, and other heads of state (Bulgaria, the Czech Republic, Estonia, Latvia, Lithuania, Slovakia and Hungary).

Iohannis stressed that “Russia's destabilizing actions in the region” are worrying and contribute to maintaining a heightened climate of insecurity.

"The worrying security situation in the Black Sea - which we discussed at length - has shown us that we need to remain vigilant. Therefore, NATO must continue to strengthen its position of deterrence and defense, especially on the Eastern Flank, in a unified and coherent manner, from the Baltic Sea to the Black Sea. That is why I pleaded - including in the discussion with President Biden - for an increase of the allied military presence, including that of the US, in Romania and in the south of the Eastern Flank," said Iohannis.