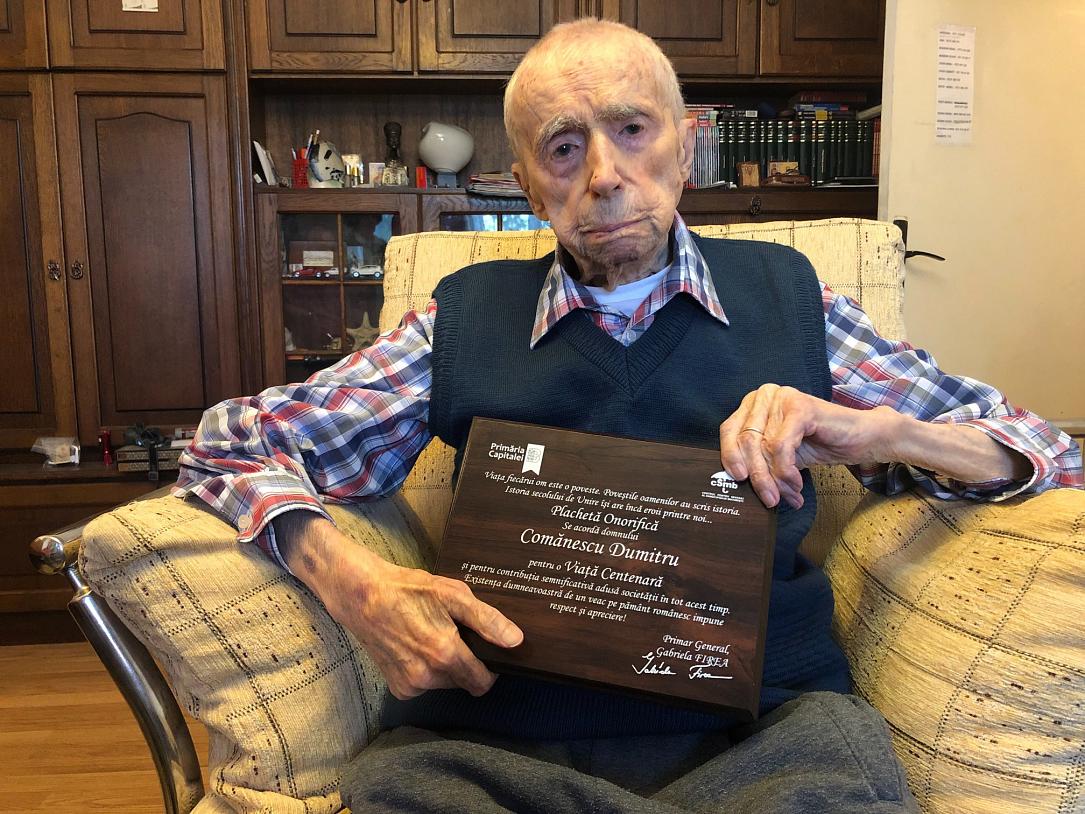 Dumitru Comanescu, a Bucharest resident who is 111 years and 7 months old, has become the oldest living man in the world after British Bob Weighton died on May 28 at the age of 112, local Digi24 reported, quoting a press release from Bucharest's Center for Seniors.

"Awarded by the Bucharest City Hall, through the Bucharest Center for Seniors within the Centennial Life Project, the Bucharest resident is currently the oldest living man on the planet, according to The Gerontology Research Group (GRG)," reads the press release.

"I feel honored and blessed to be, officially, the oldest man in the world and to represent Romania at the highest level! It's incredible! I want to thank all those who stood beside me, who have helped and supported me over the years, family, friends, and relatives," Dumitru Comanescu told the Bucharest Center for Seniors.

Comanescu was born on November 8, 1908, in Proviţa de Jos, Drăgăneasa commune, in Prahova county. He used to work as an agricultural engineer and phytopathologist and was a disciple of Gheorghe Ionescu Siseşti, the founder of the Agriculture Research Institute. He initially studied at the Mathematics Faculty and had among his teachers well-known Romanian mathematician Gheorghe Ţiţeica. He later found his calling in working in agriculture. He graduated from university in 1933 and worked for 70 years. In 2003 he performed his last phytopathology assessment. When he was 86 years old, he took part in a competition for agriculture experts, where he finished fifth.

According to Gerontology.wikia.org's list of oldest living men, Dumitru Comanescu is the second-oldest man in the world. Brazilian Olimpio Martins Pires tops the list.