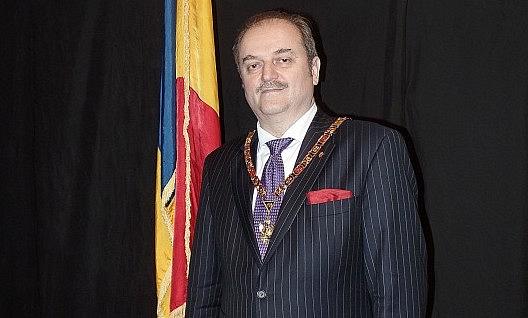 A delegation of the Supreme Council of Ancient and Accepted Scottish Rite of Romania was in Rome between May 31 and June 2, where it attended the National Session of the Scottish Rite in Italy. On this occasion, the Italian Supreme Council awarded the title and medal of Honorary Member, the highest distinction that can be awarded to a foreigner, to Rite leaders in three countries, namely the United States, Israel, and Romania.

In Romania, the Rite is led by Sovereign Grand Commander Stelian Nistor, 33°, who is to take over, on behalf of Romania, the position of president of the World Conference of the Scottish Rite. He will hold this position from May 23, 2020, until 2025, according to Mediafax.

The Scottish Rite manages grades 4 through 33 and the last in Freemasonry. It has been present in Romania since 1881, continuously, but, during the years of the communist regime, the Rite operated from exile.

Stelian Nistor was born in Falticeni, in Suceava county, in 1958. He was artistic director at the Nottara Theater in Bucharest and then started working in television, according to Obiectivdesuceava.ro. He entered the business world in the early 2000s, getting involved in the Iulius Mall Suceava project. He was elected Sovereign Grand Commander of the Supreme Council of 33rd and Last Degree of the Ancient and Accepted Scottish Rite of Romania in September 2015.

The Scottish Rite is one of the appendant bodies of Freemasonry that a Master Mason may join for further exposure to the principles of Freemasonry. A Rite is a series of progressive degrees that are conferred by various Masonic organizations or bodies, each of which operates under the control of its own central authority. Only Master Masons can join such organizations, which often operate independently of the Grand Lodges in each country and have their own "Grand bodies".