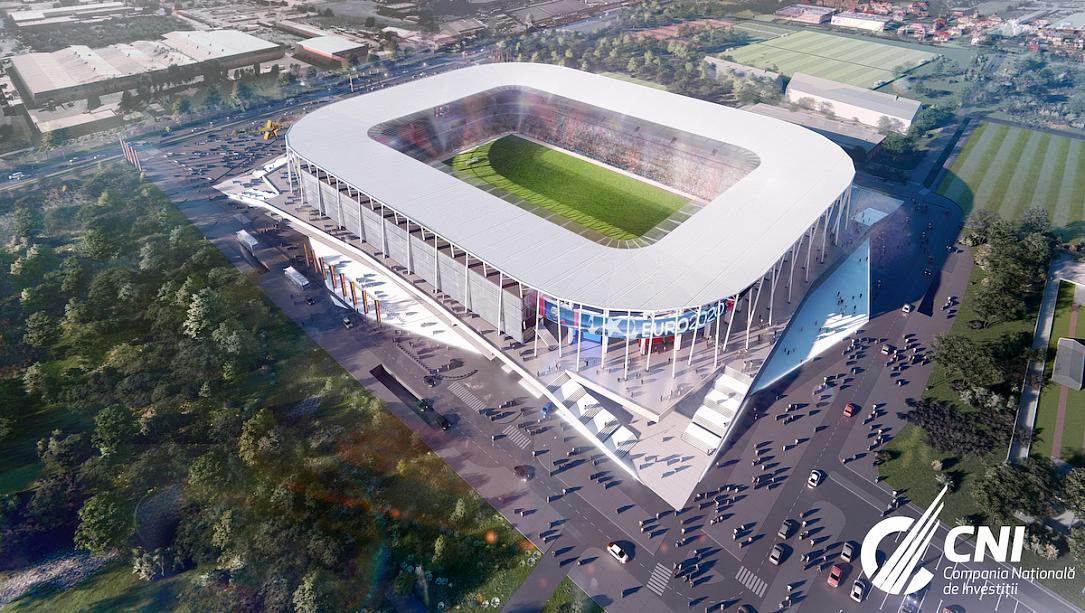 Of the four stadiums in Bucharest that Romania promised to modernize for next year’s European Championship – Euro 2020, only two could actually be ready before the start of the competition. Moreover, the costs for revamping these stadiums have increased significantly, according to Digi24.ro.

The Steaua stadium has the highest chances of being completed in time for Euro 2020. About 65% of the work on this arena has been done so far. However, the cost has also increased significantly, from an initially estimated EUR 53 million to EUR 93 million.

The Arch of Triumph stadium is now 50% completed. The updated cost for this stadium has risen as well, from EUR 19 million to EUR 26 million.

Meanwhile, work on the Rapid stadium is only at 10% and the deadline for completing it was postponed to October 2020, after the Euro. The costs are also higher than initially estimated – EUR 35 million (up from EUR 25 million).

Inflation and changes made to the initial projects at the request of the beneficiaries are the main arguments the contractors invoked for raising the total bills. The delays at the Rapid stadium were due to the need for consolidation at buildings in the area and the fact that the neighbors complained about the noise on site and work only takes place during the day. Local company Constructii Erbasu is in charge of revamping the three stadiums.

Romania had also promised to revamp the Dinamo stadium for Euro 2020, but the project was abandoned because of ownership issues.

Bucharest will host four matches of the Euro 2020 (three group-stage matches and a quarter-final) on the National Arena. The authorities also promised to modernize four other stadiums to be used for training by the teams that will play in Bucharest. However, UEFA only required one stadium for training, which will likely be the Steaua stadium.