How many tractors in Romania and what’s the size of the local agriculture equipment market? 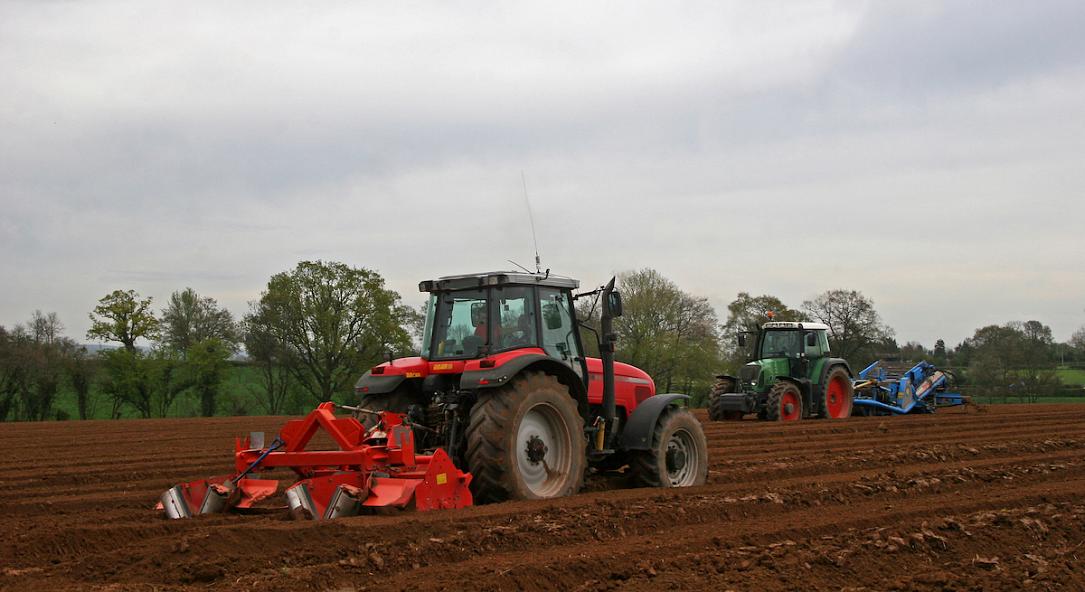 Romania has the fifth largest used agricultural area in the European Union (EU), but its agricultural tractor park is significantly smaller than those of similarly-sized agricultural producers such as Poland and Italy. This could be another explanation for why Romania has failed to achieve its full agricultural potential so far. However, this could also represent an opportunity for the local agriculture to boost its output and for agricultural equipment distributors to increase their business in the country.

This article has gathered the most recent statistical data and financial information on the size of Romania's tractor park and the size of the local agricultural equipment market and industry as well as the top players in each of these sectors.

Romania’s agricultural tractor park has increased significantly since 2007 when the country joined the European Union and local farmers started to benefit from EU funds. In 2019, Romanian farms had over 221,600 tractors, up from 174,000 in 2007, according to data from the National Statistics Institute (INS). In 2019 alone, local farms increased their inventories with 5,700 such machines.

Meanwhile, Romania’s tractor park in 2009 was similarly-sized to those of Portugal, Finland, and Ireland, which have significantly smaller agricultural areas, according to World Bank data.

One explanation for this situation is that Romania has over 3.3 million farms (the most in the EU), but the majority of them are small farms – 1.77 mln worked less than one hectare of land while only 87,000 had more than 10 hectares. Thus, most Romanian farms are too small and inefficient and can’t afford to buy large equipment. They mostly rely on small pieces of equipment.

At the same time, there are no official statistics on the structure of the local tractor park, namely how many of these are new and how many of them are old. There are still many small farms that use old and outdated tractors. There’s no public data on how many new tractors are sold each year in Romania.

Besides tractors, other important segments of the agricultural equipment market include tractor ploughs (163,500 units in 2019), mechanical cultivators (28,500 units), mechanical seeders (74,200), and combines for cereal harvesting (27,600). All these segments recorded increases between 5% and 17% since 2007.

How big is the agriculture equipment market in Romania and which are the top players?

Most of the agricultural equipment distributors are grouped under the activity code (CAEN) 4661 – Wholesale trade with agricultural machinery and equipment. There were 705 companies with this CAEN code in Romania in 2019. These companies had a total turnover of RON 4 billion (EUR 913 million) and combined profits of RON 244 mln (EUR 55 mln) in 2019, according to data from local portal TopFirme.com.

The market leader is IPSO Agricultura, part of the French group Monnoyeur, which is the sole importer for John Deere tractors and equipment in Romania. IPSO had a turnover of RON 902 mln (EUR 186 mln) and a net profit of RON 48.3 mln (EUR 10 mln) in 2019, according to public data.

Next in the ranking is Claas Regional Center, the importer of Claas cereal harvesters, with a turnover of RON 537 mln (EUR 111 mln) in 2019. Other large players are Mewi Import Export, which imports the Fendt and Valtra tractor brands, and Agroconcept Impex, the local distributor for New Holland equipment.

Titan Machinery, which distributes Case tractors and agricultural equipment as well as Case construction equipment, is also among the larger players.

How big is the agricultural machinery industry in Romania?

During the communist regime, Romania used to produce tractors at the Tractorul plant in Brasov, but the company went bankrupt after 1990. Currently, the site of the former tractor factory is occupied by a mall and residential project.

Overall, the total turnover of the 63 companies in the local agricultural and forestry machinery industry was EUR 116 mln in 2019.