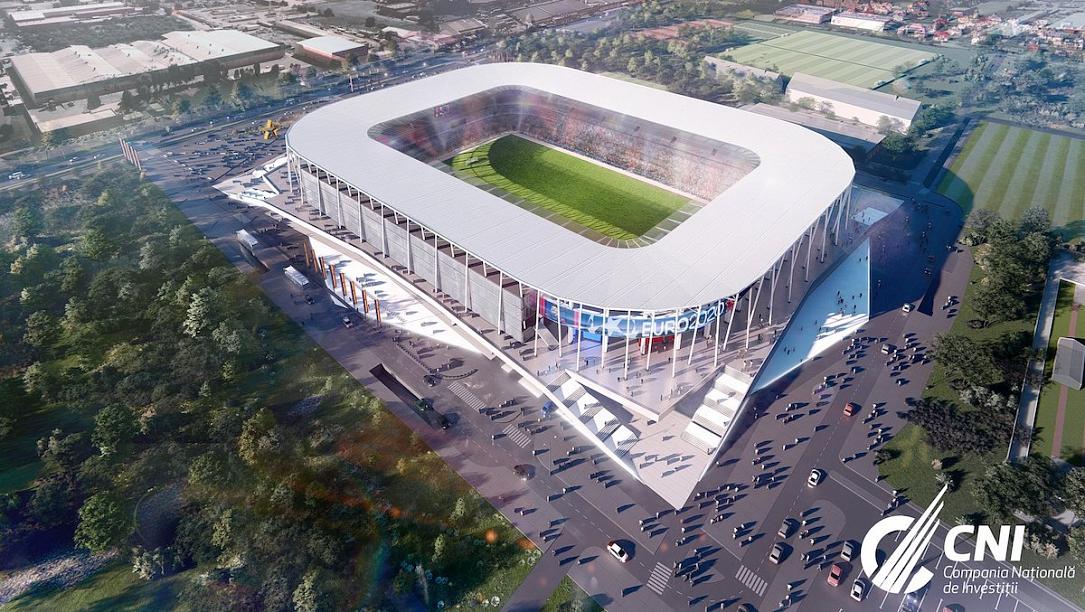 Out of them, Steaua stadium will see significant refurbishment, with the area dedicated to the whole stadium including related facilities increasing by 12,000 square metres.

"The built area increased by 12,000 sqm, reaching 82,000 sqm. The new project facilitates better view and access to the stadium for the spectators. The training bases were maintained within the complex, while increasing the number of parking places at more than 570,” CNI in formed, according to local Mediafax.

The second arena on the investment list of the National Investment Company is the National Rugby Stadium "Arcul de Triumf". The reconstructed stadium will have a capacity of 8,207 seats, and the value of the contracted works to be executed is about EUR 24 million VAT included.

The third stadium where the rehabilitation works will take place is Giuleşti Stadium, also known as "Valentin Stănescu". The capacity of the stadium will be of 14,000 seats The value of the contracted works to be executed is about EUR 29 million VAT included.

The Dinamo Stadium, which is also on the investment list of CNI, will not be rehabilitated due to legal difficulties.