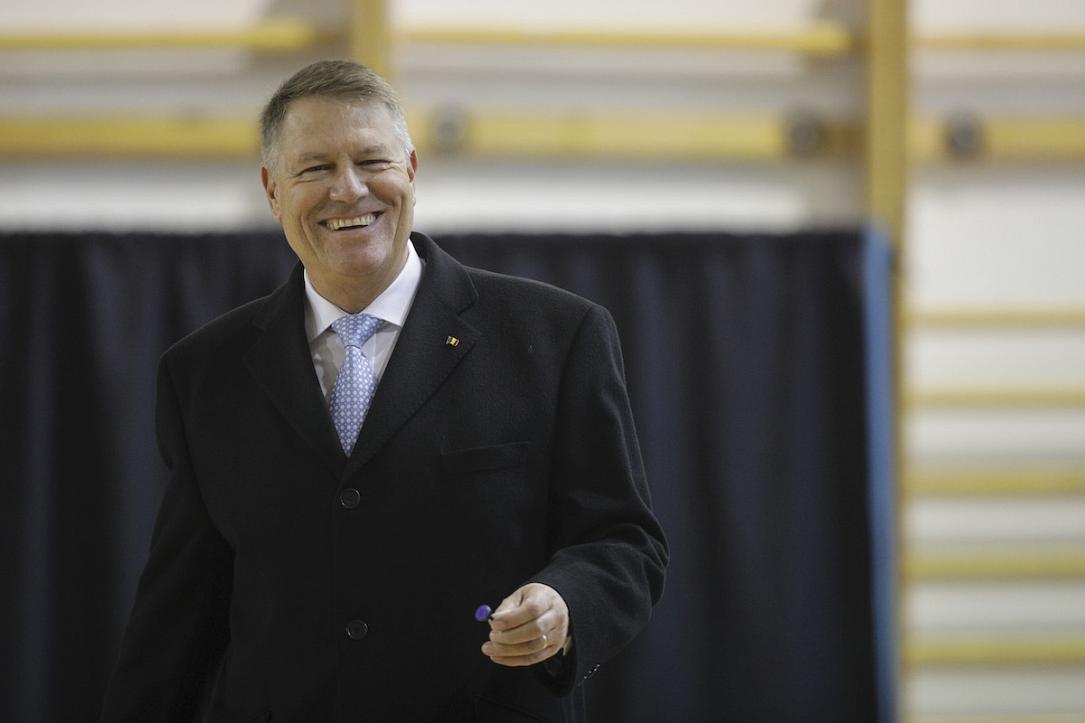 President Klaus Iohannis scored a landslide victory against former prime minister Viorica Dancila, according to the first official exit polls released at 21:00, when the voting ended in the country.

Iohannis received 66.5% of the votes compared to 33.5% for Viorica Dancila, according to the IRES exit poll. The other exit poll, carried out by CURS Avangarde, showed a score of 64.8% for Iohannis and 35.2% for Dancila. The IRES results include estimations about the Diaspora vote while the CURS Avangarde results don't include such adjustments.

Update: The partial results largely confirm the exit polls. With 98% of the votes in the country counted and centralized, Klaus Iohannis has a score of over 63%. In the Diaspora, out of the 277,000 votes counted so far (at 23:53 Bucharest time), 93% were for Iohannis, according to data from the Permanent Electoral Authority (AEP). Thus, the final results are likely to show an overall score of over 65% for the incumbent president.

In his speech, Klaus Iohannis said that modern, European Romania won, and mentioned the massive vote in the Diaspora. He also said that this was the most categoric win ever recorded against the Social Democratic Party (PSD). However, he added that "the war is not over yet" and that people must go to vote next year in the local elections and parliamentary elections as well, to send the PSD in the opposition (PSD still has most seats in the Romanian Parliament, close to a majority).

"After this victory, there are many things to do, to repair. I will get involved in creating a new majority, made of the democratic parties, which will lead Romania towards modernization, Europeanization," Iohannis said, adding that he will be "a president fully involved for Romania."

Romania’s incumbent president Klaus Iohannis is heading to a historic win in the second round of the presidential elections in 2019 while his opponent, former prime minister Viorica Dancila, could record the lowest score of a Socialist candidate in 30 years, partial exit poll results circulated in the local media show.

The results of an exit poll carried out by IRES, by 15:00, showed Iohannis ahead with a score of 59% to 41% for Dancila. Similarly, the exit poll carried out by CURS Avangarde, by the same hour, showed a score of 58% for Iohannis and 42% for Dancila, according to B1.ro. Moreover, these results don’t include the votes in the Diaspora (about 10% of the total number of votes), which will probably be overwhelmingly in Iohannis’ favor. A record number of Romanians voted abroad in the second round of these elections.

By 17:00, the exit polls showed an even bigger difference between the two candidates, of about 25 percentage points, without taking into account the Diaspora vote.

The turnout rates also confirm the exit polls. Close to 50% of Romanians in the country have voted by 20:15 and the highest turnout rates were recorded in Ilfov (67%), Cluj (61%), Sibiu (57.5%) and Brasov (56%). Iohannis won most votes in all of these countries in the first round of the elections. In Bucharest, the turnout rate was over 53%.

The official exit poll results will be made public at 21:00 (Bucharest time) when voting ends in the country.