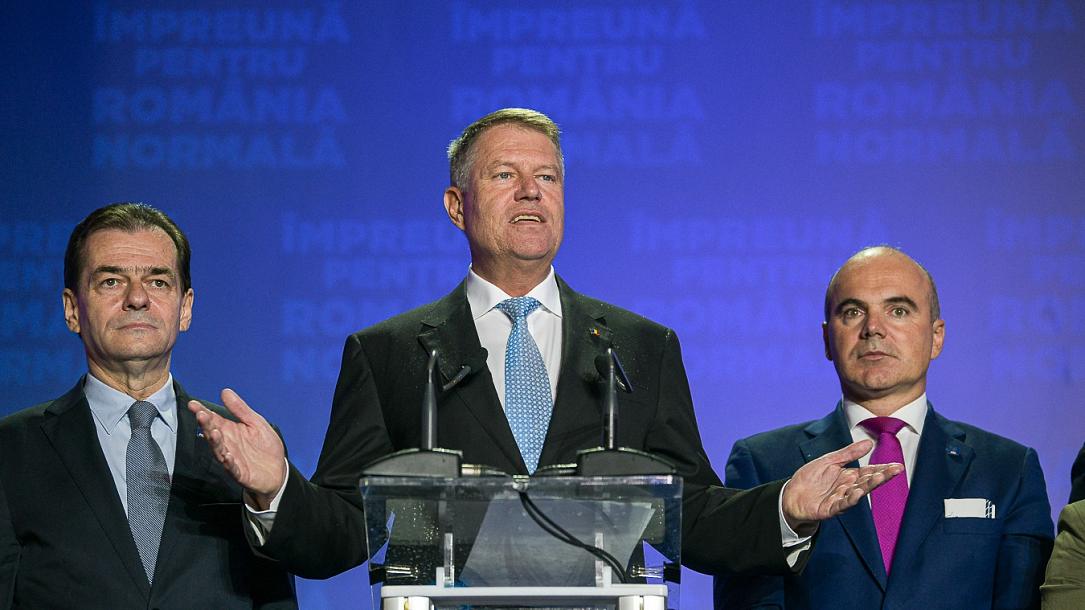 “Never have the Romanians voted so much and so clearly against the PSD and this means a huge step forward for Romania,” said incumbent president Klaus Iohannis immediately after the closing of the vote in Romania, in the first round of the presidential elections.

The exit poll results showed Iohannis as the winner in the first round, with a score of 39%, followed by former prime minister Viorica Dancila, representing the Social Democratic Party (PSD), with over 22%, and Dan Barna, leader of Save Romania Union (USR), with over 16%. Iohannis will likely run against Dancila in the second round if the official results confirm the exit poll hierarchy.

“The official results will come tomorrow, but the exit poll data already show that millions of Romanians from the country and from the diaspora voted for our project, for a normal Romania, and for continuing the process of changing Romania for the better. I have always believed in Romanians and their involvement, and their participation these days is a great joy for the democracy in Romania,” Iohannis said.

Iohannis thanked all liberals who voted for him but also all right-wing voters. He also tried to mobilize his voters for the second round saying that the battle is not over yet. He also appealed to voters of USR-PLUS, Popular Movement Party (PMP) and Democrat Hungarian Union (UDMR), trying to win their support for the second round.

“I remind USR-PLUS voters, who have supported a very good candidate today, what we have in common - the belief that the rule of law and the European road are the pillars of Romania's long-term development and call on them to build together this future that we want,” he said.

Meanwhile, former PM Viorica Dancila, Iohannis’ likely opponent in the second round, also tried to appeal to those who voted for other candidates. “I thank all of those who voted with their heart. We have shown that we are close to Romanians and we hope that in the next two weeks as many Romanians will join us, even those who now have had another alternative. I hope those who gave their vote to other candidates come with us to win the presidential elections,” said Dăncilă.

Dancila’s Social Democratic Party (PSD) was ousted from the Government in October, after ruling in Romania for almost three years, a period marked by controversial reforms in the justice area and populist measures (increases in public salaries and pensions). The National Liberal Party (PNL) formed a minority Government, which was voted by the Parliament just one week before the first round of the presidential elections, with the support of a broader coalition which included Save Romania Union (USR), the Popular Movement Party (PMP), the Democrat Hungarian Union (UDMR), the Alliance of Liberals and Democrats (ALDE), and MPs of PRO Romania.