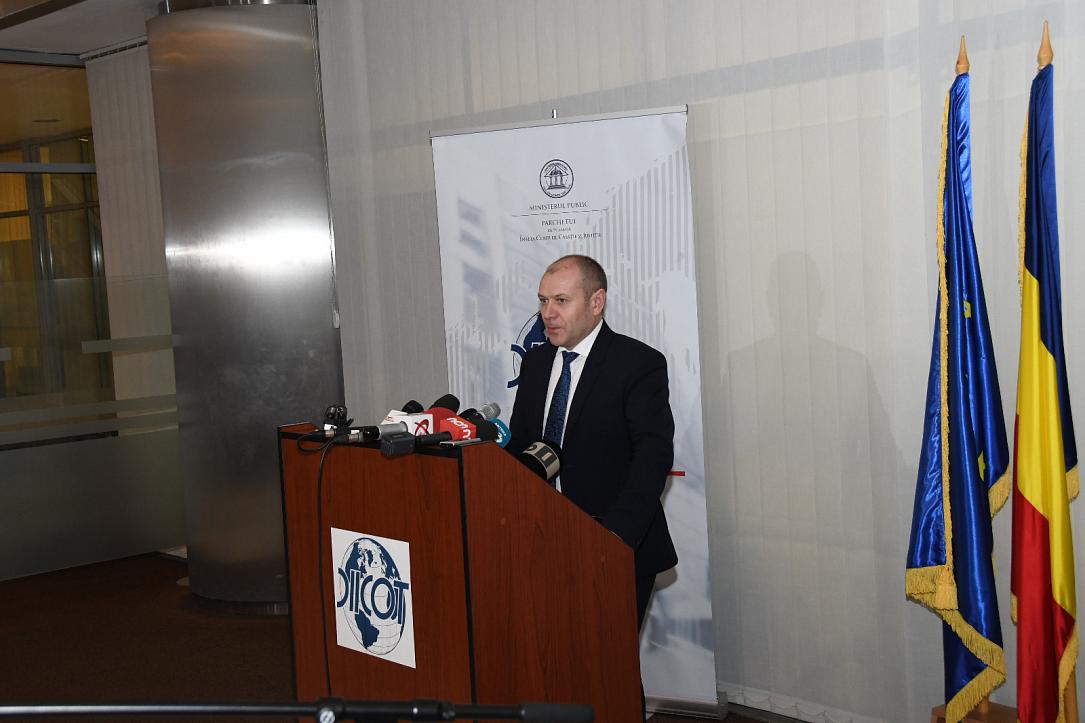 Romania’s president Klaus Iohannis asked for the resignation of anti-organized crime chief prosecutor Felix Banila, in a press statement on Monday evening, September 30. Iohannis said that Banila has to step down for the way his department (DIICOT) has managed the investigation of the notorious Caracal murder case.

“DIICOT’s involvement in the Caracal case investigation should have brought more professionalism and credibility. However, under Mr. Banila’s lead, this hasn’t happened, and the investigation continues to generate major question marks. The way in which things have unfolded so far has only raised more suspicions and accentuated the people’s lack of trust in the authorities, and such an approach can only lead to bad results,” Iohannis said. “I thus ask Mr. Felix Banila, chief-prosecutor of DIICOT, to immediately resign. It’s of utmost importance that the mistakes in the last weeks be assumed responsibly and a change is needed at top level so that the institution regains credibility,” the president added.

The Caracal case is the most notorious murder case in Romania in recent years. On July 24, 15-year old Alexandra Macesanu, who lived in a village near Caracal, went missing. She managed to call the emergency number 112 and announce that she had been kidnapped and raped by a man, but it took hours for the police to locate her. The police went into the suspect’s home only the next day but didn’t find her. Gheorghe Dinca, a 66-year-old mechanic from Caracal, confessed to murdering Alexandra Macesanu and Luiza Melencu, an 18-year old girl that had gone missing in April, and burning their bodies. However, the public opinion was split and many believed that Dinca was part of a human trafficking network and that the two girls had, in fact, been taken out of the country. Some of those who favored this theory, including Alexandra Macesanu’s uncle Alexandru Cumpanasu, now a presidential candidate, also believed that the local authorities were involved in a coverup operation.

This is why the Directorate for Combatting Organized Crime and Terrorism (DIICOT), which doesn’t normally investigate murder cases, took over the investigation of the Caracal case.

This is where things got messy, as Luiza’s mother refused to allow the authorities take DNA samples from her to check if they matched the DNA of the remains found in the woods. The DIICOT subpoenaed her to get the samples and, as the woman continued to refuse, the prosecutors went with police officers and gendarmes to her house to bring her in for collecting the samples, on Friday, September 27. They talked to the woman for four hours trying to convince her to give the DNA samples, but with no result. The woman and her father were taken to the hospital with chest pain. DIICOT chief Felix Banila explained that the team sent after Luiza’s mother tried to reason with her although they could have taken her in by force.

On Monday, September 30, Luiza’s mother accepted to go to the Criminalistics Institute to give the DNA samples, but she then said she changed her mind and accused the police of forcing her, according to Digi24.ro.

The DIICOT announced last week that it asked the FBI for help with the DNA tests so as to eliminate suspicions in this case.

However, despite Dinca’s confession, the case is still unsolved after more than two months and the public opinion is still split. Some still circulate the theory about the girls being taken by human traffickers and the authorities trying an elaborate coverup operation.

President Klaus Iohannis criticized the way public institutions involved in this investigation have acted in the last week. “People legitimately expect to be protected and, thus, it’s revolting the way in which, in the last week, some public institutions reacted in the Caracal investigation and in the investigation related to the horrible case in Dambovita,” Iohannis said. “In both cases, we saw late reactions, outrageous public gestures that show lack of preoccupation for the victims and their families. What has happened in the last days with one of the families of the victims in Caracal is an example of <<not like this!>>. It’s extremely serious that those who lead institutions of the Romanian state condone such behavior, through which potential criminals are treated kindly and victims are treated aggressively,” he added.

On Tuesday morning, DIICOT issued a press release in which Felix Banila says he would not act like a coward and avoid responsibility and that he would analyze with “maximum seriousness” the president’s request. “I will gather the opinions of my colleagues, direct superior and of those involved in the process of naming the DIICOT chief-prosecutor, and then make public the decision,” Banila said. He added that the resignation of the DIICOT head can lead to instability, which he doesn’t want, and that DIICOT’s activity is not only about the Caracal case.