The end of an era in Romanian politics: former president and former PMs fail to take their parties to the Parliament (comment) 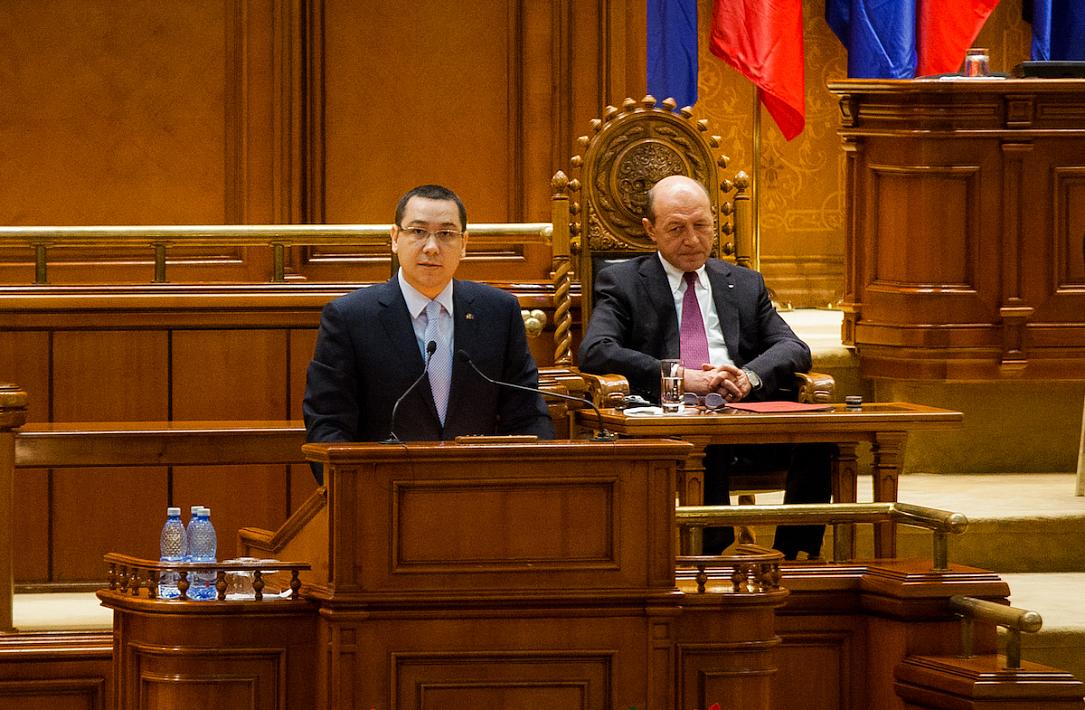 Eight years ago, in 2012, Traian Basescu and Victor Ponta were the most powerful people in Romania. The first one was president and the second one was prime minister, and their bitter rivalry was making the headlines almost every day. Today, they are history after neither Basescu nor Ponta managed to mobilize enough voters to take their parties to the Parliament.

In the parliamentary elections on Sunday, December 6, Basescu’s Popular Movement Party (PMP) fell just short of the 5% score needed to enter the Parliament. PMP got 4.78% of the votes for the Deputies Chamber and 4.9% of the votes for Senate. Traian Basescu, who was president of Romania between 2004 and 2014, will keep his seat in the European Parliament won last year, but his party will likely disappear and its members will likely migrate to other parties. PMP has several mayor seats and many members in the county and local councils after the local elections in September, where it got a score of close to 6%.

Meanwhile, PRO Romania, led by former Social Democrat prime minister Victor Ponta (2012-2015), suffered an even bigger defeat. The party only took 4.12% of the votes for the Deputies Chamber and 4.16% of the votes for Senate, even after it joined forces with the Alliance of Liberals and Democrats (ALDE), led by former prime minister and Senate president Calin Popescu-Tariceanu. The two former PMs hoped that an alliance would help them keep their seats in the Parliament. Ponta opened his party’s list of candidates for the Chamber of Deputies and Tariceanu was at the top of the list for the Senate. Still, their overall score was significantly lower than in the local elections in September, when PRO Romania got some 4.5% of the votes and ALDE – 2.5%, another proof that mathematics works differently in politics.

The December 6 parliamentary elections thus mark the end of an era in local politics and the curtains fall on three once almighty politicians. However, this outcome was somehow predictable, as their fall started long before this moment, when they lost the power. The Popular Movement Party (PMP), created during Basescu’s last years as president by some of his closest allies, was a political vehicle by which the former president tried to maintain some influence on the local political scene. Pro Romania, a spin-off from the Social Democratic Party (PSD), and ALDE, which left from the National Liberal Party (PNL), were also “hinge-parties” with unclear doctrines and willing to sell their votes to the highest bidder. Their absence from the Parliament won’t be missed as they forged and then destabilized ruling coalitions based on their leaders’ interests.

The simultaneous political demise of Traian Basescu, Victor Ponta and Calin Popescu Tariceanu is a warning to all local political leaders that, once they leave office, they should exit the scene graciously rather than cling on to power by any means. In the end, every politician is measured for what he is worth.

In the opening photo, then prime minister Victor Ponta was addressing the Parliament (in 2014) as Romania was celebrating 10 years since joining NATO. Behind him, seated, is Traian Basescu, at that time Romania's president. (Photo source: Inquam Photos)

Traian Basescu, 69, was president of Romania between 2004 and 2014. He was then a senator in Romania’s Parliament from December 2016 until June 2019, when he was elected as a member of the European Parliament.

Victor Ponta, 48, was prime minister of Romania from may 2012 until November 2015, when he resigned amid the street protests after the Colectiv fire. He was also a member of the Deputies Chamber from 2004 until this year. Ponta was the president of the Social Democratic Party (PSD) from February 2010 until July 2015. In 2014, when he was PM and head of PSD, Ponta ran for president but was defeated by Klaus Iohannis. In 2017, he left PSD and co-founded PRO Romania.

Calin Popescu Tariceanu, 68, was prime minister of Romania from December 2004 until December 2008. He was also a member of the Chamber of Deputies from 1996 until 2012 and a senator from 2012 until 2020. He served as president of the Senate from March 2014 until September 2019. Tariceanu was president of the National Liberal Party (PNL) from 2005 until 2009. In 2015, he left PNL and founded the Alliance of Liberals and Democrats (ALDE), which was absorbed by PRO Romania this year.