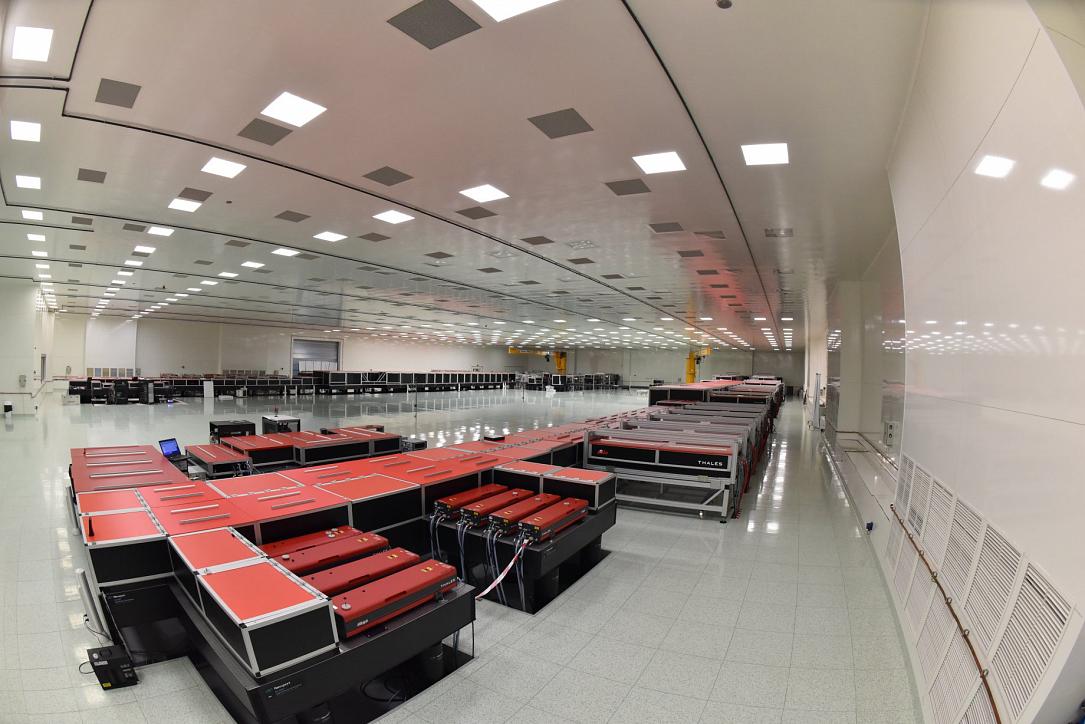 Some 80% of the young researchers working at the high-power laser installed at Măgurele, near Romania’s capital, send their resumes to employers abroad, George Epurescu, the vice-president for Scientific Research of the Hermes Trade Union, told Agerpres.

He made the comment at the end of the protest the union organized on Wednesday, August 5. Dozens of employees of the Horia Hulubei National Institute for Research and Development in Physics and Nuclear Engineering (IFIN-HH) and of the Măgurele laser lab have asked the Education Minister to take a stand on the management style of the IFIN-HH leadership.

The Măgurele laser project was meant as one of the three pillars of the pan-European project Extreme Light Infrastructure (ELI), dedicated to the investigation of light-matter interactions at highest intensities and shortest time scales. Complementary research facilities are located in the Czech Republic and Hungary.

In May, the ELI Delivery Consortium announced that the Czech Republic and Hungary, together with Italy and Lithuania, have formally applied to the European Commission to establish the new, pan-European organization known as the Extreme Light Infrastructure ERIC (ELI ERIC). The United Kingdom has confirmed to join as a founding observer. Romania was not included in the project.

Romania reacted to the decision arguing the project will not have the same scientific and technical results without the local component. “Applying for the second phase without ELI-NP is first of all unjustified, both legally and ethically, and strongly affects Romania’s interests,” the Romanian side said at the time, G4media.ro reported.

Now, Epurescu told Agerpres the protesters called for an end “to the abuses of the IFIN-HH director Nicolae Zamfir.” He argued that the IFIN-HH management uses short-term employment contracts to prevent unhappy employees from speaking out. “If you speak out, they don’t renew your contract, which is for one or two years,” Epurescu said.

He also said many young researchers at ELI-NP feel that their professional activity is sabotaged by the current management.

“The Institute and the ELI project are in free fall; research can no longer be done and, of course, researchers are looking for jobs […]. Some 80% of the young researchers, who have short term contracts – research assistants, Ph.D. students, or those who already have a Ph.D. – they all said they are sending their resumes abroad because of the situation, because of the sabotage of the ELI-NP activity,” Epurescu said.

In an open letter released this June, 95 researchers working at IFIN-HH called for the replacement of the institute’s director after Romania’s partners in the ELI project filed a request for a new research consortium without including the country, Hotnews.ro reported.

While some researchers challenge the standing of the current IFIN-HH director Nicolae Zamfir, another group of researchers issued a public letter of support. The letter speaks of the “firm and visionary leadership of the project by director N.V. Zamfir, which allowed us to solve, over time, the multitude of technical, scientific, programmatic, and even political difficulties unavoidable in a project of this magnitude has been, and continues to be essential.”