Skip to main content
Social
Pope Francis: It was a joy to walk as a pilgrim among Romanian people 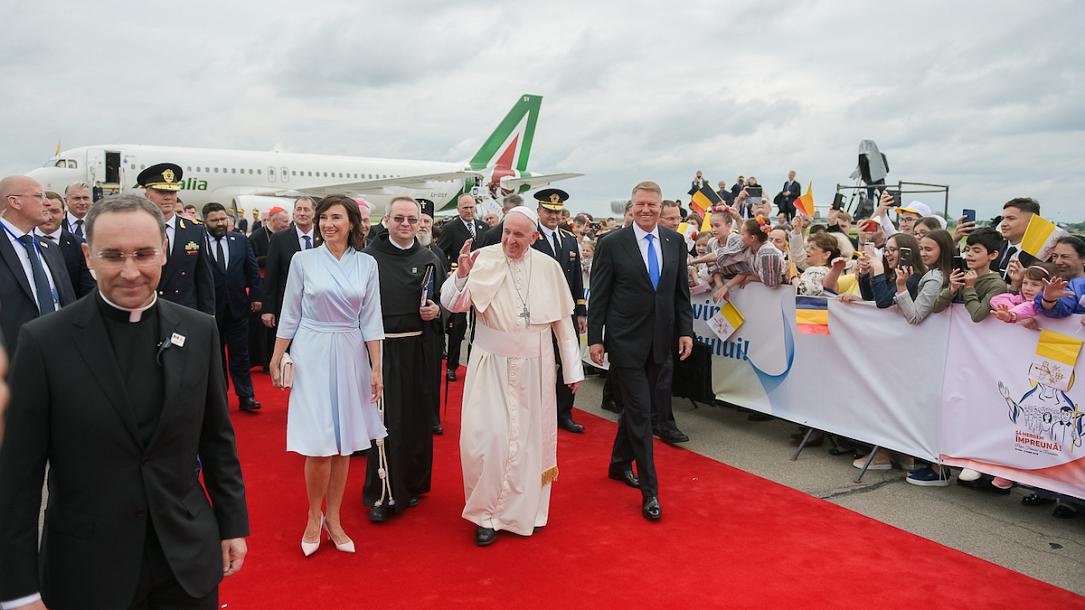 Pope Francis talked on Wednesday, June 5, during his General Meeting in the Vatican, about his three-day visit to Romania, saying that it was a joy to be able to walk as a pilgrim among the Romanian people, Vaticannews.va reported.

Pope Francis was in Romania between May 31 and June 2. It was the second visit of a pontiff in Romania and came 20 years after the previous one made by Pope John Paul II.

The motto of the visit was “Let’s walk together!,” and Pope Francis said on Wednesday that the motto “was especially evident in the variety of meetings, which showed the importance for Christians and for all citizens of “walking together” in fraternity and harmony.”

He also expressed his gratitude to the Romanian president and prime minister, to the civil and ecclesiastical authorities, and to all who cooperated in making this visit possible, and recalled the warm meeting with Patriarch Daniel and the Holy Synod of the Romanian Orthodox Church, in which he renewed the Catholic Church’s commitment to walking together towards full unity.

The Pope also referred to the solemn Prayer of Our Father in the new People’s Cathedral in Bucharest, saying that it was “a moment of great symbolic value.” He also recalled the three celebrations of Holy Mass and the Beatification of seven Greek-Catholic bishops, saying that each of these martyrs bore witness to the freedom and mercy brought by the Gospel, Vaticannews.va informed.

The meeting with families and young people in Iasi was particularly intense and festive, Pope Francis also said, adding that this is a place “that invites us to open roads on which to walk together, in the richness of diversity.”

Moreover, referring to his visit to the Romani community in Blaj, the Pope said this moment gave him the chance to renew his appeal against all forms of discrimination and for respect for people of all ethnicity, languages and religions.