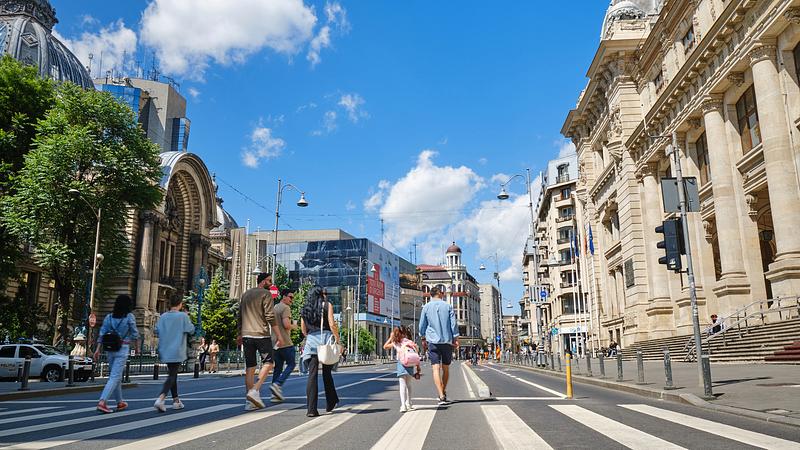 Several streets in downtown Bucharest will close to cars and open to pedestrians on weekends, as the local authorities want to create more promenade areas in the capital.

Mayor Nicusor Dan announced that the City Hall would launch the “Open Streets” project this weekend (May 29-30), when seven areas in downtown Bucharest will become pedestrian-only zones.

“This project is an invitation for Bucharest residents to go outdoors, a solution for cleaner air and health in Bucharest. The initiative, which started from the ARCEN Association, is also a test for a wider program that we want to organize next year, through which we will bring such pedestrian areas to neighbourhoods as well,” Dan said on Facebook.

Within the “Open Streets” project, Bucharest will have seven new pedestrian areas on weekends (Saturdays and Sundays, from 11:00 to 23:00) between May 29 and October 17.

“‘Open Streets’ is a manifesto for the future of the city and an important step for a quality urban life. […] Reducing car access to the city center encourages walking, a necessary step to reduce pollution. ‘Open Streets’ is a chance for the traders affected by the pandemic, for the local economy and the city’s tourist potential, adding Bucharest to the map of European capitals,” ARCEN said.

A map of the new pedestrian zones is available here.