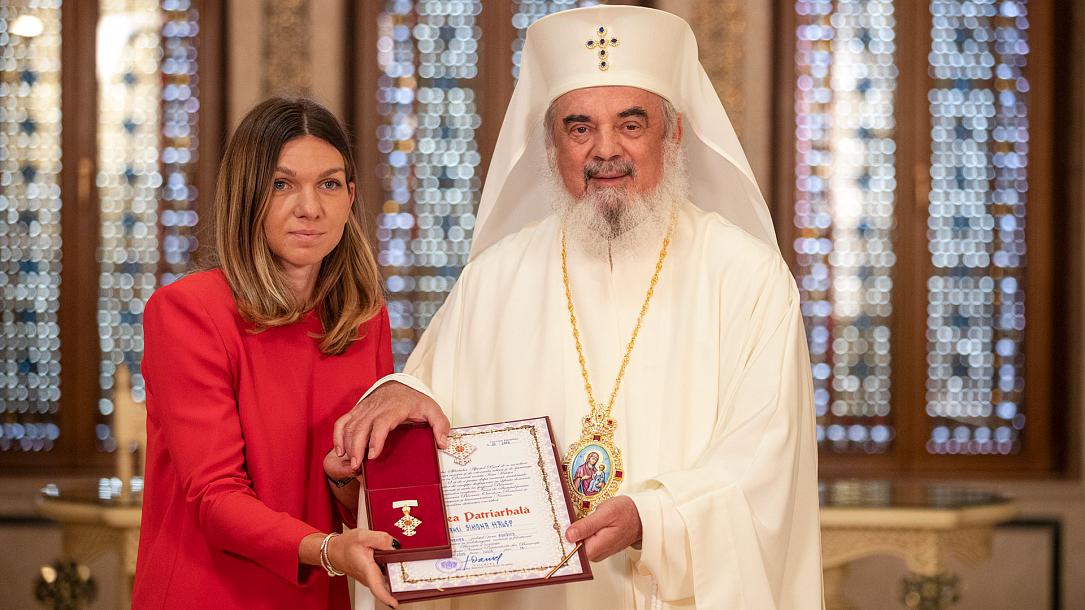 “Simona is to many of the young a symbol of industriousness, perseverence and hope. We are happy to highlight that all of her achievements are the expression of a talent cultivated through sustained, constant effort. Besides all these, dear Simona, the Church values very much the fact that you confess in public, through the sign of the Holly Cross, the Orthodox faith and with it you show that you represent the faithful Romanian people,” Patriarch Daniel, the head of the Romanian Orthodox Church, said, quoted by Basilica.ro.

The tennis player, who recently won the 2019 Wimbledon tournament final, said she was honored and touched by the distinction.

Besides the cross, Patriarch Daniel also gave Halep a Bible.

At the end of the ceremony, Halep signed autographs on tennis balls for the priests attending the event.

This Saturday, July 20, Halep will present her Wimbledon trophy in her hometown of Constanţa. Over 20,000 people gathered on July 15 at a similar event at Bucharest’s National Arena.