Autographed, deluxe copy of Obama’s A Promised Land on sale at Bucharest auction 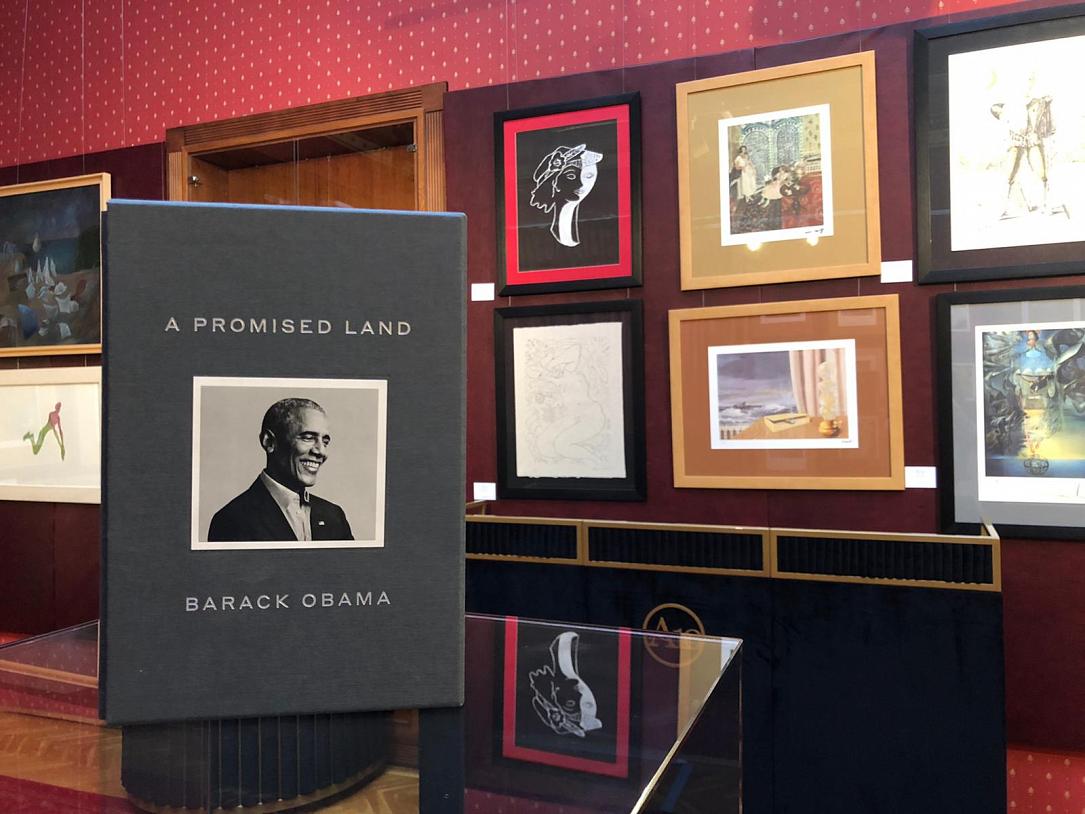 A signed, deluxe copy of Barack Obama’s A Promised Land goes on sale at an online auction organized by Artmark on February 2.

The proceeds from the sale of the book, which has a starting price of EUR 100, will be directed to the Citește-mi 100 de povești! (Read me 100 stories!) program of the OvidiuRO Association. The funds will be used for the purchase of books for kindergartens in underprivileged areas in Romania.

The book can be seen at the Cesianu-Racoviță Palace in Bucharest until the day of the auction.

A Promised Land, the first of a planned two-volume series, covers the story of Obama’s “improbable odyssey from young man searching for his identity to leader of the free world, describing in strikingly personal detail both his political education and the landmark moments of the first term of his historic presidency—a time of dramatic transformation and turmoil.”

More than 3.3 million copies of the book sold in the first month of publication in the US and Canada.