Skip to main content
Profiles & Interviews
Lending a helping hand: Volunteers come together to offer warm meals to the needy in Romania 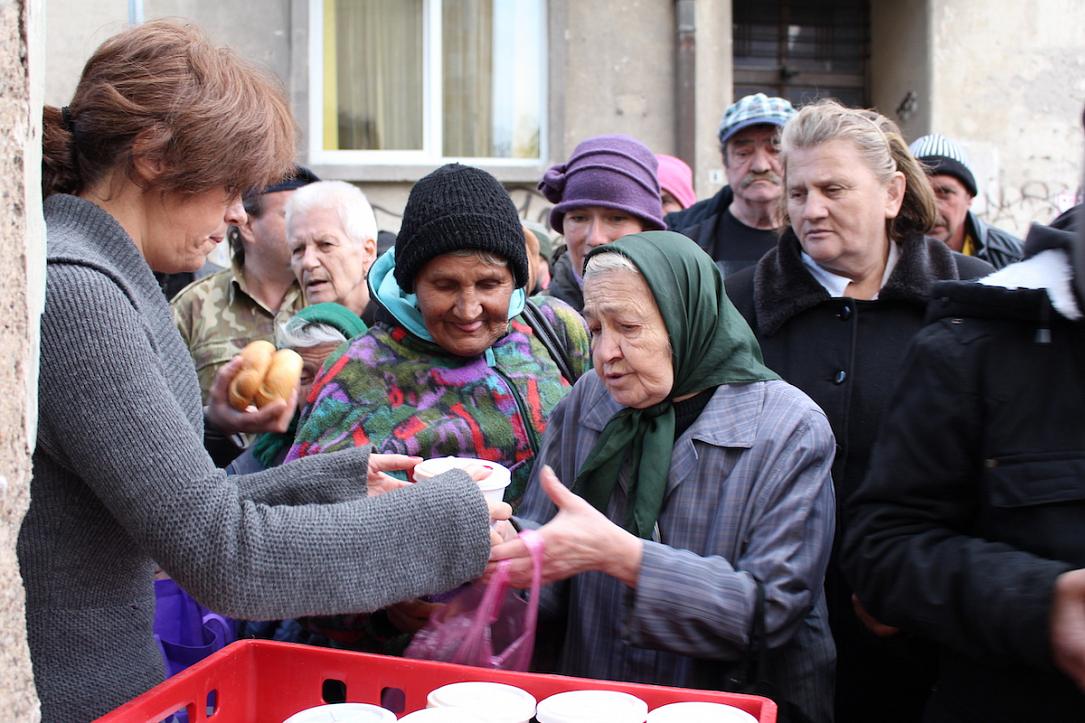 A social project started six years ago in Cluj-Napoca has grown into a countrywide community project in which volunteers come together to cook and offer warm meals to the needy.

Worrying European statistics about the level of poverty in Romania are published every year, and things seem to be changing for the better way too slowly. For example, Eurostat data made public last fall said that Romania was one of the three EU Member States where more than a third of the population was at risk of poverty or social exclusion in 2017. In this context, any social project helping the disadvantaged people in Romania is always welcome.

Cosmina Paul is one of the Romanians who acted to help those in need. Six years ago she launched the social non-profit O Masa Calda (A Warm Meal), with the main purpose of providing cooked meals to all those who need them. The project started in Cluj-Napoca has been growing organically over the years, with Warm Meal initiatives currently being organized by volunteers in several cities across Romania.

“I had the idea when trying to find out how can I help other people and I was told they would need a warm meal,” Cosmina Paul told Romania-insider.com.

It was June 1, 2013 when a team of volunteers came together at the initiative of Cosmina Paul and cooked the project’s first meals at a canteen in Cluj-Napoca. They managed to provide 50 hot meals to a group of people with low incomes.

Things moved forward quite fast, with other people getting involved in the project and opening similar initiatives in Cluj or other cities. Two more canteens were opened in Cluj-Napoca in 2014, followed the same year by the first social canteen in Bucharest. The next year, the project attracted more volunteers and saw the opening of new canteens in Bistrita, Bucharest, and Satu Mare. Others got involved over the years, and O Masa Calda expanded its network of social canteens to other cities as well, namely Adjud, Constanta and Zalau. All these canteens are functional and in each of these places there is a team organizing the volunteers. 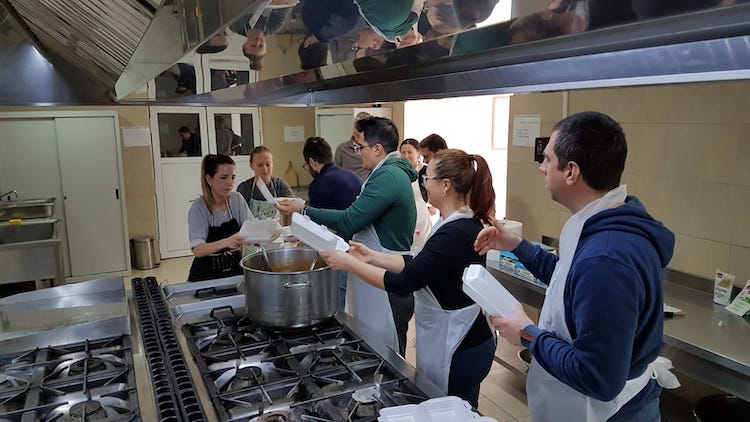 “This project is based entirely on volunteering. No one in the project has been paid, we do not have an administrative team (to manage and attract funds). Everything is based on donations and volunteering. It is much like a community initiative, everyone is welcome in the project - to volunteer and to receive a warm meal – no matter what motivates them. Whatever the nature of their motivation, people come together and give a warm meal to those in need in their community - children, elderly people, and so on,” Cosmina Paul explained.

“Everything happens organically. There are various volunteers, various people who want to initiate a Warm Meal in a city, we’re not the ones deciding where to open a canteen. The whole project grew organically, without funding or without artificial growth.”

The summer of 2017 also brought something new to the project: a mobile kitchen – OMCVan - that made it much easier for volunteers to cook for people located in different districts of Bucharest. Cosmin Hossu, an old donor of the O Masa Calda Association, offered to build the OMCVan prototype. Together with Mihai Coroiu, they bought an old ambulance from Germany and arranged the mobile kitchen according to the project’s needs and funds. 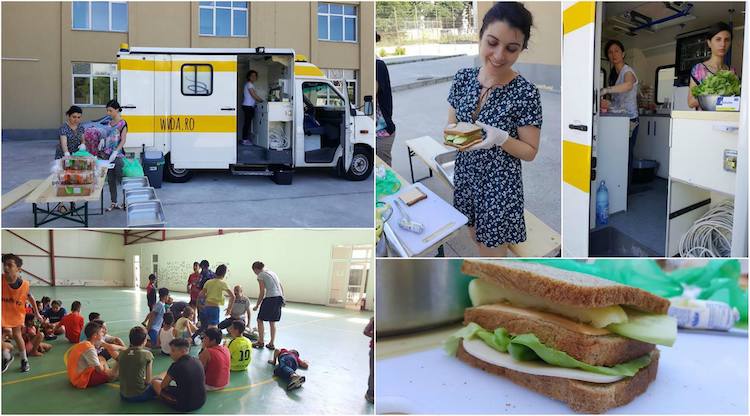 Things didn’t stop there and the next year the NGO launched the ShareFood app, a tool aimed at creating a network of donors and recipients of food within a community, thus contributing to the reduction of food waste. The beneficiaries may be associations/organizations/institutions supporting disadvantaged people within a community. The app is currently available for devices running Android.

Also in 2018, O Masa Calda Association took one more step forward and accepted the challenge of having its own kitchen and cooking every day, Monday to Friday, for all beneficiaries. The kitchen was arranged in a space provided by the Cluj-Napoca City Hall, which continues to support the initiative. Thus, beginning November 1, 2018, the number of hot meals prepared in Cluj-Napoca increased to 1,000-1250 per week.

The volunteers are in charge of everything, from buying the necessary supplies to cooking and offering warm meals to the ones who need them. The cost of a hot meal is RON 2.5-RON 3, and the time needed to prepare 100 portions is 2-2 and a half hours, depending on what is cooked. And these are just a few numbers to show that a big heart and a little sum of money can sometimes be more than enough to make a big difference in other people’s lives.

Those who want to help can donate money or food can be volunteers at the canteens already opened or can start a Warm Meal canteen in their city. Moreover, volunteering for O Masa Calda can also be a unique teambuilding activity. More details about donations or how to register as a volunteer are available on the NGO’s website.