Skip to main content
Events
Night of Museums in Romania: Where to go & what to see 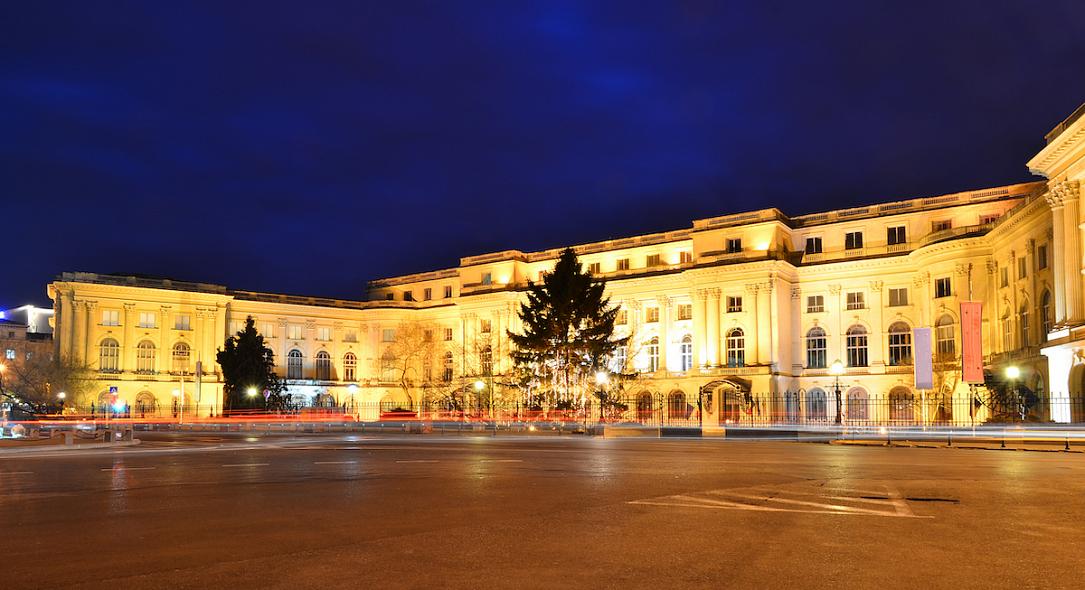 The Night of Museums, one of the most anticipated cultural events of the year, returns this Saturday with a new edition.

The Night of Museums has grown bigger by the year. More than 150 private and public museums will participate at the 2019 edition of the event scheduled for May 18, as well as other cultural spaces and even a political party. All the spaces participating in the event, both in Bucharest and in several cities from 34 counties across the country, have prepared special exhibitions, events and activities for this Saturday, all free of charge.

More than 50 museums and unconventional exhibition spaces have joined the event in Bucharest, with a varied offer of exhibitions and activities. There are several new spaces that have decided to keep their doors open to visitors for the Night of Museums this year, among them the Museum of Recent Art (MaRe), the Museum of Romanian Records, the Museum of Living Paintings (offered by Qreator), and the smallest mobile museum, organized by the National Chamber Choir “Madrigal – Marin Constantin.” The latter will be a traveling museum with exhibitions at the National Peasant Museum and the “Grigore Antipa” Museum of Natural History, passing from the George Enescu Museum and the Art Collection Museum to the Carol I Central University Library and the Bucharest City Museum - Sutu Palace.

The Museum of Recent Art proposes visitors three exhibitions, including the temporary exhibition Photophilia signed by Thomas Ruff. These three exhibitions mean a total of 136 works of art signed by 120 Romanian artists (painting, drawing, photography, collage, sculpture, video, audio, etc.), plus the 21 works of the German artist Thomas Ruff, exhibited for the first time in Romania.

Meanwhile, those visiting the Museum of Romanian Records will have the chance to see its impressive collection of irons while discovering the history of these objects that nowadays are seen as ordinary household appliances. The collection exhibited at the Museum of Romanian Records is the largest in the world, with more than 35,000 exhibits, and is certified by the Guinness Book of Records.

A novelty this year, the Museum of Living Paintings will be organized at Qreator. Here, paintings by famous Romanian artists such as Stefan Luchian, Corneliu Baba, Theodor Aman and Nicolae Toniza will be brought to life on the music of local musician Silent Strike. Also at the Museums Night, an architectural light show will light up the building of the National Museum of Geology.

Meanwhile, Kaustik will organize the “H3-Perpective” event, which mixes technology, design and architecture to create multidisciplinary interactive installations. The solar houses Over4 and EFdeN will also open their doors to visitors on the Night of Museums, while rare car fans can make a stop at the Tiriac Collection gallery (which brings together more than 30 well-known car and moto brands).

At the “Grigore Antipa” Museum of Natural History, visitors will have the chance to visit both the permanent and temporary exhibitions, and to collect night insects with the help of special light sources or find bats in the museum’s garden under the coordination of museum specialists. Romanian city exploration app Questo also has a free quest for the users planning to visit the Antipa Museum on the Night of Museums, called Detectivul Papion. This app helps users discover new places in a more fun way: by solving riddles and clues.

Meanwhile, during an event called Floating Underwater World, underwater prehistoric animals will take over one of the tallest buildings in Bucharest - Globalworth Bucharest Tower Center with the help of a video mapping show. Local lender BCR will also join the Museums Night this year, with financial education activities for both children and adults and an exhibition of old safes at its headquarters on Calea Victoriei.

Romania's National Art Museum, the Romanian Peasant Museum, the Cotroceni Museum, the Bucharest City Museum – Sutu Palace, the Astronomical Observatory Vasile Urseanu, the Perfume Museum or the House of Experiments are also places that visitors should add to their route for the Night of Museums 2019.

A premiere this year is the participation of a political party at the Museums Night. USR will organize at its headquarters in Bucharest an exhibition aimed at helping visitors learn more about the role of the European Parliament, and encourage them to vote at the upcoming European elections.

Elsewhere in the country, more than 100 museums and cultural spaces in 34 counties will stay open on the night of May 18. For example, the famous royal Peles Castle in the mountain resort of Sinaia will offer free visits between 17:00 and 22:00, but the organizers have also prepared a circuit of museums referring to the period of communist repression, such as the Pitesti Prison Museum, the Gherla Memorial and the Bihor Resistance and Opposition Memorial.

The Evangelical Church and the ASTRA National Museum Complex in Sibiu will also stay open for the Night of Museums, as well as the Culture Palace in Iasi and the Mogosoaia Palace near Bucharest.

The full program of the Night of Museums 2019 in Romania can be checked here.