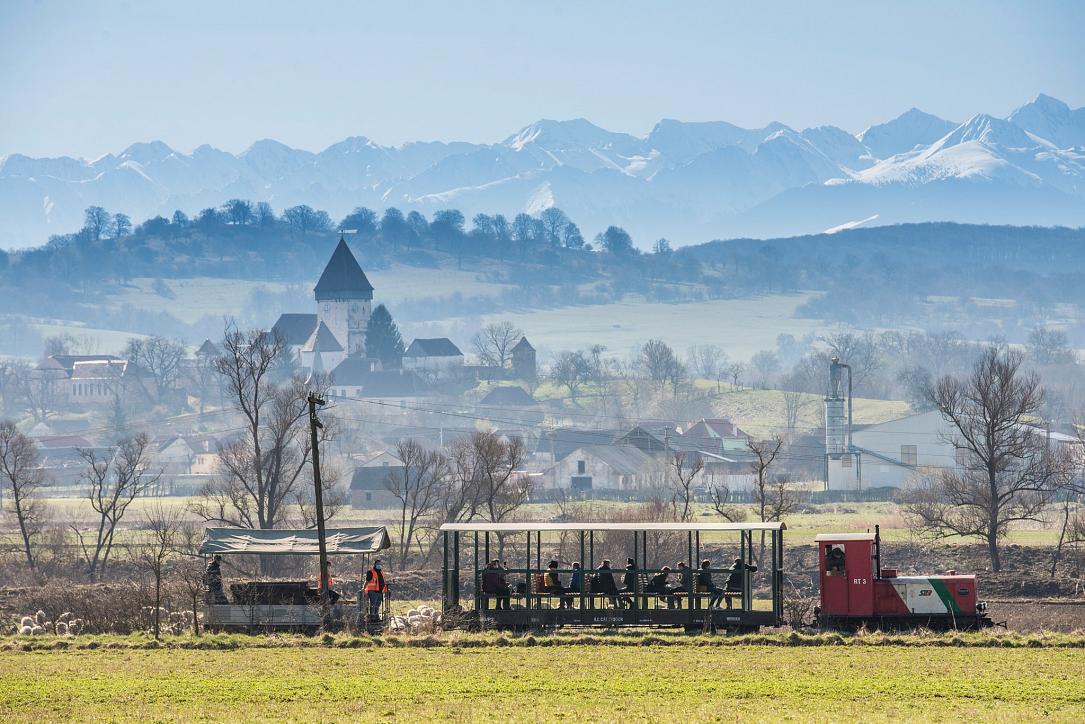 Tourist rides are available every weekend on the narrow-gauge railway between the villages of Hosman and Cornățel, in Sibiu county, the NGO Asociaţia Prietenii Mocăniţei announced.

The segment is part of the Sibiu - Agnita railway going through the Hârtibaciului Valley.

Two round trips are available per day during weekends. Tickets for grownups cost RON 25 and for children RON 15. Tickets can be purchased on board, and reservation isn't needed, the NGO said. Any changes to the schedule will be announced after a trial period in April.

In Hosman, tourists can also try a gastronomy and crafts tour of the village.

The Sibiu – Agnita railway is the surviving part of the Sighișoara – Sibiu narrow-gauge railway, built more than a hundred years ago. The line was nationalized in 1948 and closed and dismantled between Sighișoara and Agnita in 1965. The rest of the line was closed in 2001. It is listed as a historical monument.