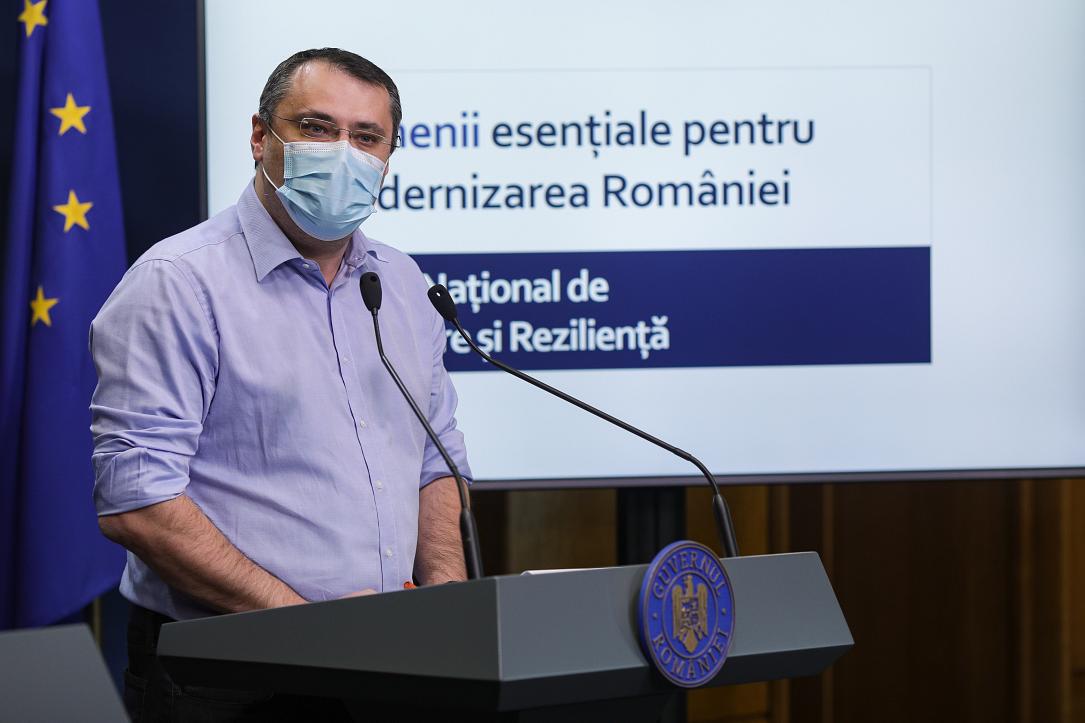 Romanian minister of investments and European projects Cristian Ghinea assured that the ongoing dialogue with the European Commission (EC) over the Resilience Plan (PNRR) is part of the routine and rejected the criticism expressed by media quoting irregularities found by the Commission in the Romanian Government's document.

"PNRR can be rejected only once in July or September," minister Ghinea explained, adding that the evaluation procedure is very complex, Bursa.ro reported.

Along the rhetoric maintained since the PNRR was being drafted, Ghinea refused to comment on individual cases, saying that those are the responsibility of the line ministries - and in case the projects prove to be wrong, they can be replaced. He still claims that wrong projects not being approved by the Commission can be replaced.

"After the submission of the PNRR, the Commission may request clarifications, and the Member State may respond to the clarifications or may replace certain excerpts from the PNRR in response to these requests clarification," minister Ghinea explained.

Economedia.ro explains the procedure fails to include the Member State's replacement option if the Commission does not accept some of the projects it initially proposed. The media service publishes a list of irregularities returned by the Commission to the Government.