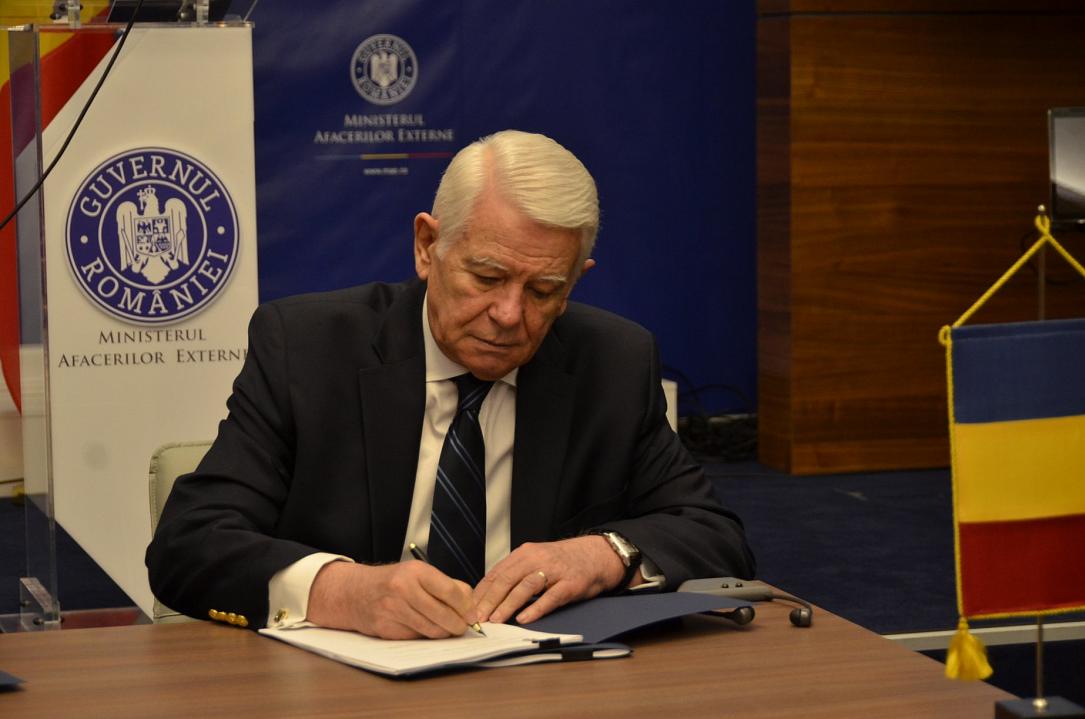 Teodor Melescanu, a former communist diplomat who served as head of external intelligence services and (repeatedly) minister of foreign affairs after the fall of communism, currently an MP of the liberal orientation party ALDE, wants to “suspend” himself for six months from the party that just joined the opposition, to serve as Senate head, G4media.ro reported.

In fact, Melescanu intends only to extract himself from the ALDE caucus in the Parliament, while remaining “affiliated” to the party.

In his turn, ALDE president Calin Popescu Tariceanu came up with another political innovation: he had a new rule passed by party’s board, by which those who run for a position supported by another party (such as for instance Melescanu running for the Senate president post supported by PSD) should be expelled.

The move, visibly aimed at keeping Melescanu from defecting to the Social Democratic Party (PSD) possibly taking several MPs with him, was ignored by Melescanu who replied that the rules can’t apply retroactively.

On a wise note above the petty politics, Melescanu explained that he only wants to serve Romania and make its economy thrive by avoiding more political turmoil.