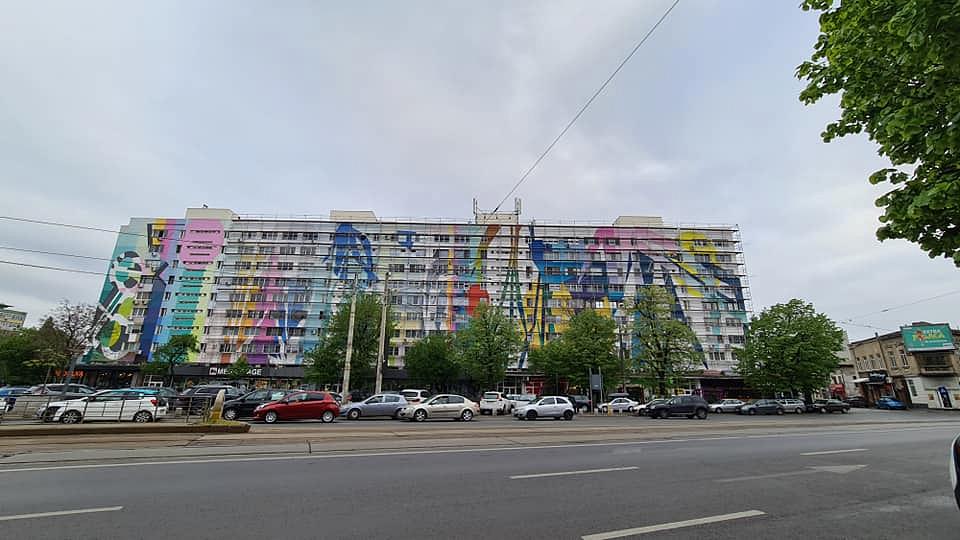 The largest mural in Romania can be admired in downtown Bucharest. Created by young artists Dumitru Gurjii and Mircea Modreanu, the mural covers three of the four facades of a nine-storey apartment building at the intersection of Dimitrie Cantemir and Mărășești boulevards, according to Hotnews.ro.

“The painted area is close to 2500 square meters. We worked with over 120 shades of washable exterior paint,” Dumitru Gurjii explained.

The mural features a mix of geometric shapes, letters, numbers and vegetal elements.

The District 4 City Hall hired the two artists for this work, as the apartment building was recently rehabilitated. And, as the artists’ work was highly appreciated and other buildings are being rehabilitated, Gurjii and Modreanu believe that similar paintings could also appear on other buildings in the neighbourhood.