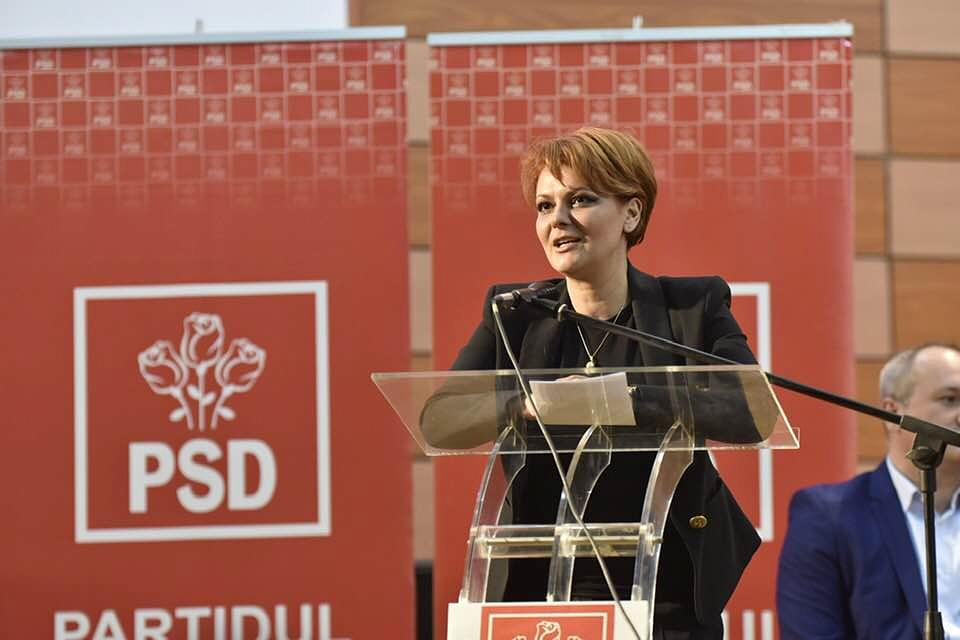 Former labor minister Lia Olguta Vasilescu, who manages former prime minister Viorica Dancila's campaign team, said in a TV show that president Klaus Iohannis is probably already seeing himself as “a concentration camp leader” where the Social Democrats would be imprisoned for re-education. She made this statement after president Iohannis said he was at war not in electoral competition with the Social Democratic Party (PSD), local Digi24.ro reported.

President Iohannis who runs against Viorica Dancila in the second round of the presidential elections in Romania, on November 24, has refused any debate with the PSD leader, arguing that Dancila's party only mimes democracy and blaming it for running toxic policies. Iohannis also said that he would like PSD to disappear from top politics and from the helm of public administration in Romania and stay in the opposition for many years until its members understand they have to change.

Lia Olguta Vasilescu, who was also criticized for her statement likening Iohannis to a concentration camp leader, turned to Facebook to explain her controversial remark: “Through the statement made on Sunday evening: ‘I believe that Mr. Klaus Iohannis is already seeing himself as a concentration camp leader who re-educates PSD members there’ I did not intend to offend the feelings of the Jewish community, which was most affected by the crimes and horrors of the Nazi period. If anyone understood something else, I apologize publicly! My only intention was to defend the feelings of over two million PSD members and supporters who should not be blamed for voting with a democratic party!”

“The electoral debates must have limits and I am the first to apologize if things got too far,” she added.

Local NGO ActiveWatch said that it would require the National Council for Combating Discrimination (CNCD) and the National Audiovisual Council (CNA) to “rigorously analyze how much hatred and irresponsibility are behind these cleverly chosen words that were packed in the form of political opinion.”

This is not the first time when PSD leaders make connections between the German origins of Klaus Iohannis and the Nazi horrors in their political attacks against the president. In late August 2018, after Iohannis accused the PSD government of "gassing" Romanians at the street protest in Bucharest, Lia Olguta Vasilescu replied: “As a German, you have to be brave to talk about gassing.” A few days later, Darius Valcov, a former finance minister and economic advisor of Viorica Dancila, shared on his Facebook page a video in which president Klaus Iohannis was made to look like Adolf Hitler, the Führer of Nazi Germany.