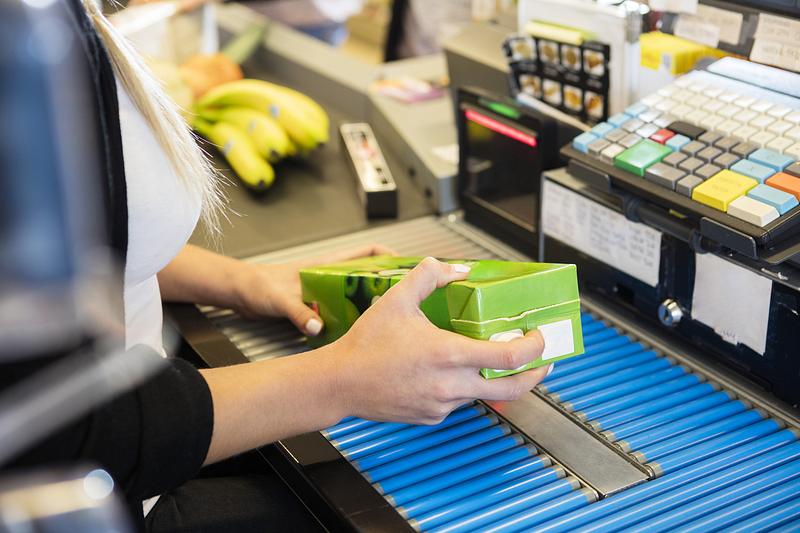 Sales of fast-moving consumer goods (FMCG) in Romania increased by 11% in volume and 14% in value in the first quarter of the year (Q1) compared to the same period last year.

"The inflation eased compared to the first quarter of 2019, but Romanians maintained their shift toward buying more private-label goods," reads a report released by market research firm GfK.

The share held by private labels in the total modern retail sales thus reached 21%. The authors of the study imply that the coronavirus pandemic impacted the volume of FMCG sales.

Still, monthly data published by the statistics office INS don't confirm such a scenario for the first quarter of the year.

The state of emergency was enforced on March 16, which indeed created a shopping rush. But INS says sales, including food sales, increased by robust rates in February and January too.

In March, food sales surged by 17,4% year-on-year, but they also rose by 16% in February. Non-food sales plunged in March (-1.6% year-on-year) after double-digit annual growth rates in January and February.

Possible drivers for the robust rise of FMCG sales (and generally for the retail sales) in Q1 are the wage hikes and the fiscal stimulus initiated by the Liberal Government last November - that passed through to households' budgets in the first months of the year.

Separately, the robust consumer confidence (highlighted by GfK as well in its report) pushed up sales in the early months of the year.

The impact of the COVID-19 lockdown is likely to reflect in April and Q2 results. GfK confirmed that consumer confidence has plunged to levels comparable to those seen during the 2009 recession.