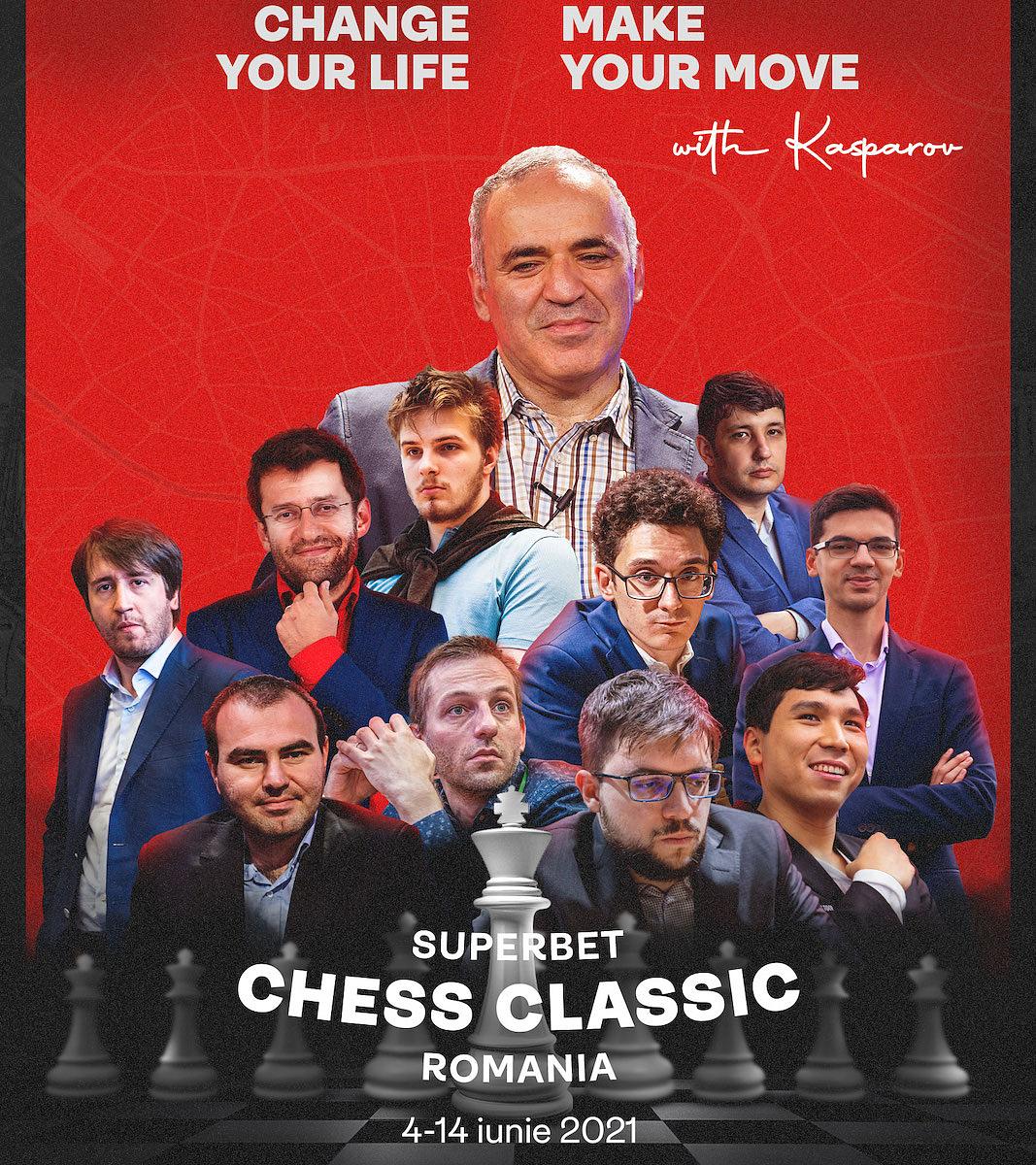 The event is scheduled for June 5-14. The official opening ceremony will be held at the Face Convention in northern Bucharest on June 4.

The opening event aims to send a message of confidence “after the difficult experience of the pandemic,” the organizers said in a press release, adding that this message is summarised in this edition’s motto - “Change your life. Make your Move. With Kasparov.”

The chess competition that will take place in Bucharest between June 5 and June 14 is the first of the five stages of the world circuit founded by Garry Kasparov, Grand Chess Tour 2021. Its organizers are the Romanian Chess Federation, the Superbet Foundation and the Grand Chess Tour (GCT).

The players will compete for a total of EUR 350,000 in prize money.