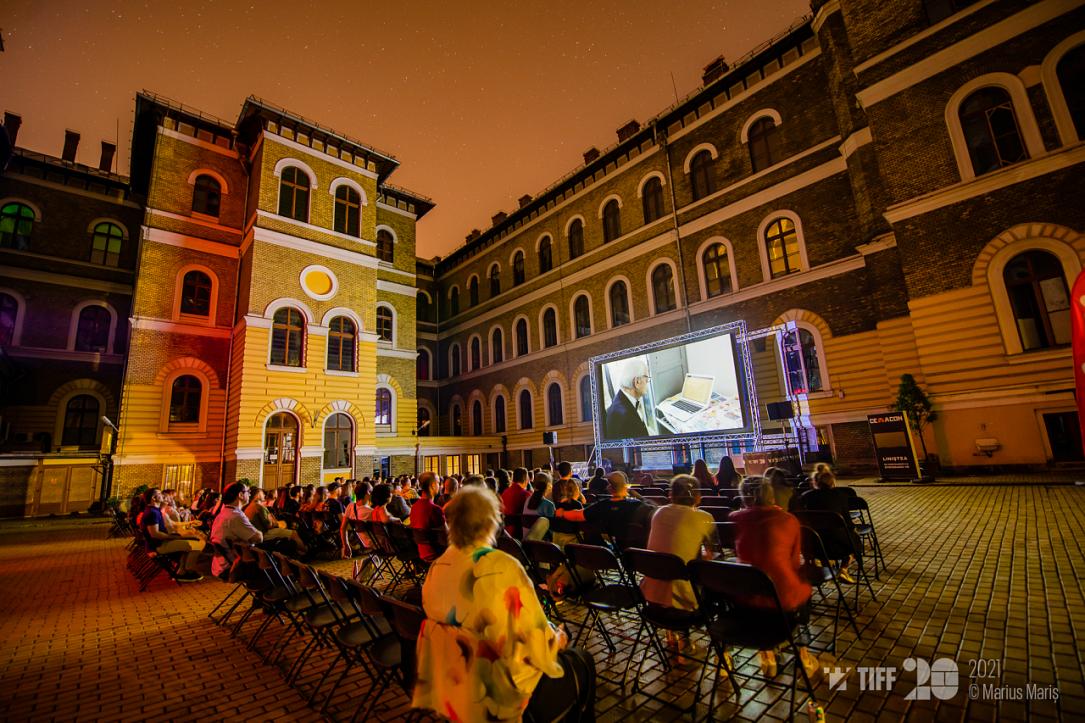 The months of July and August are full of festivals that take place physically, some of them delayed from earlier months, a great window for events after a long winter and spring and before an uncertain-looking autumn. Excited to join and reunite with old friends and colleagues, I hit the road and ticked off the two highest on my list.___STEADY_PAYWALL___

Il Cinema Ritrovato (“cinema re-discovered”), in the Northern Italian town of Bologna, has been around for thirty-five years. Having taken place between 20 and 27 July and organised by Cineteca di Bologna, it is the most important festival dedicated to film restoration, and shows older films restored by specialised centres and labs, but also newer fare. Most of its participants return every year, and the new ones swear to do the same, because there is no red carpet, no competition, no fancy stuff, just cinema, from morning to midnight. And it is a delight.

This year’s homage to US director George Stevens had its hits (Woman of the Year, with Katherine Hepburn and Spencer Tracy) and lesser-known treasures (I Remember Mama, Something to Live For) while the tribute to Romy Schneider showed some of her most moving roles in Claude Sautet’s films (The Things of Life, César and Rosalie). In Bologna you can catch classics restored in all their glory (Otto Preminger’s perfect Anatomy Of a Murder, François Truffaut’s timeless The 400 Blows), discover great noir stuff like the fabulously-titled I Wake Up Screaming (1941) and Nightmare Alley (1947), or wonder at silent films seldom seen so far (Mauritz Stiller’s 1920 comedy Erotikon).

World cinema found, (re)discovered and restored is one of the festival’s most important tasks and only in Bologna you can catch Indian or Venezuelan films from the 1950s. Italian cinema is highlighted every year, and this was the year of beloved actor Aldo Fabrizi. His role in Mario Monicelli’s hilarious Cops and Robbers (1951) is a pure comic genius.

From Bologna I flew straight to Cluj-Napoca, to the biggest film event of the year in Romania, Transilvania International Film Festival (TIFF), also moved from its classical slot in June to the week between 23 July and 1 August. The Romanian Days is one of its main sections, and this year, Romanian films literally took over, with no less than 45 productions (feature-length and short).

Many of them were pretty forgettable, sadly, but there were some revelations aside from the established names (Radu Muntean’s Întregalde), especially from young and first-time directors: Andrei Huțuleac’s #dogpoopgirl, Andra Tarara's Noi împotriva noastră/ Us Against Us, Eugen Jebeleanu’s Câmp de maci/ Poppy Field. Jebeleanu’s film was also in the official competition, together with another Romanian film, Bogdan George Apetri’s Neidentificat/ Unidentified (FIPRESCI Award in the Romanian Days section). Jebeleanu snatched the directing prize (as well an Audience Award in the Romanian Days section) for his assured, taut drama in a competition boasting many good titles: P.S. Vinothraj's Pebbles (Special Jury Prize Winner), Alexandre Koberidze's What Do We See When We Look at the Sky, Lili Horvath's Preparations to Be Together for an Unknown Period of Time.

Unidentified is currently running in selected cinemas, and you should watch it. It has its missteps, but it is a rare thing among Romanian releases, a pure genre film, a tense thriller with great moments of comic relief and a gripping main actor. Also currently showing, and also a rarity in the local landscape is a film shamelessly and happily mainstream, literally screaming entertainment, Daniel Sandu’s Tata mută munții/ The Father Who Moves Mountains, an action movie with eye-popping images, well-executed and cleverly written. Next to be released, in September, is the audience favourite România sălbatică/ Wild Romania (directed by Dan Dinu and Cosmin Dumitrache), a spectacular nature documentary.