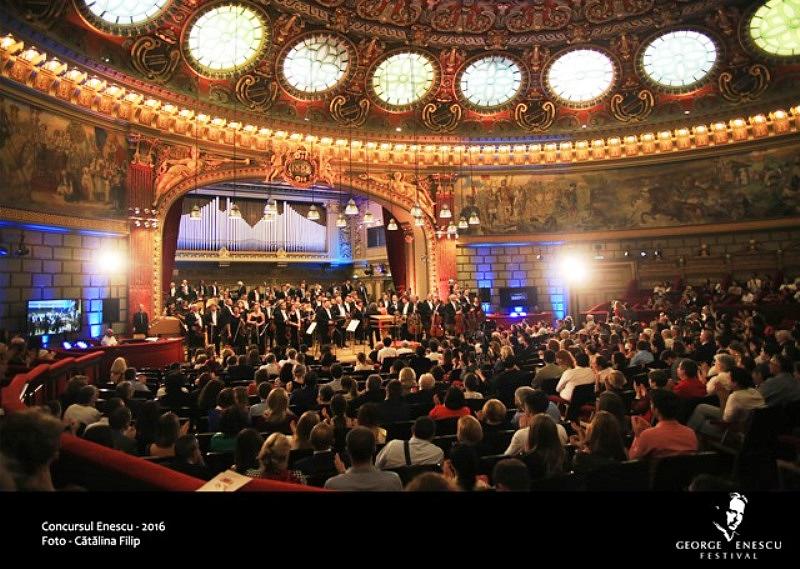 The 2020 George Enescu International Competition, scheduled to take place this fall in Bucharest, has been reorganized because of the worsening Covid-19 situation worldwide and will move forward in a new format, its organizers have said.

The competition, scheduled to take place between August 29 and September 20, will have two separate phases.

The first two rounds of the competition will be held online in September according to the initial calendar.

The semifinals and finals of all sections are rescheduled for May 2021 and will be held at the Romanian Athenaeum in Bucharest.

The general public will have access to the Opening Gala and the first two rounds exclusively online and free, while those who have purchased tickets and season passes will receive their money back.

The decision was taken so as “to protect the health of all participants - young musicians, artists who are jury members, the general public, and the organizing team.”

For each of the first two rounds of the Competition, the competitors will send to the organizing committee recordings of their performances until August 24 (cello), August 31 (violin) and September 6 (piano) according to the initially chosen repertoire. All the recordings sent by competitors will be published for the general public on the Enescu Competition’s website.

The 2020 Enescu Competition will start according to the program on August 29, with the Gala Concert originally announced, streamed live, free of charge, at www.festivalenescu.ro.

A total of 292 candidates from 42 countries registered to participate in the 2020 Enescu Competition. After the preselection, 272 competitors from 41 countries remained in the competition.