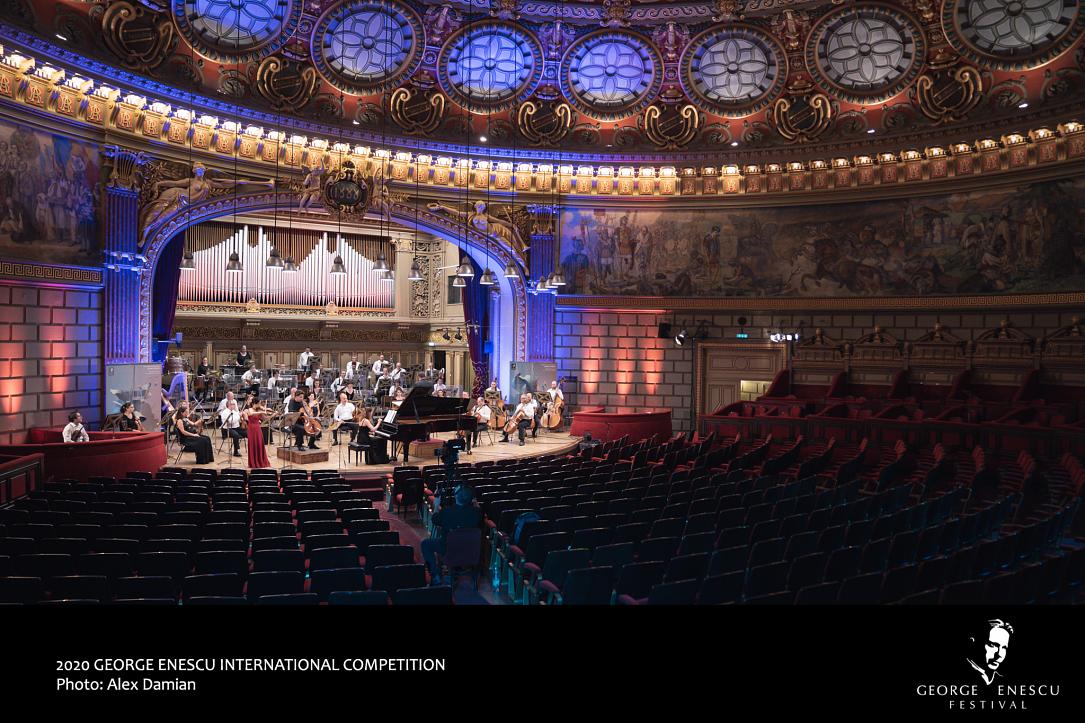 The opening concert of the George Enescu International Competition attracted a public of 3,027 viewers who watched the live stream on the competition’s website.

The competition was reorganized this year because of the coronavirus pandemic. The opening concert took place on August 29 without an audience, at the Romanian Athenaeum in Bucharest.

The public could watch the concert online, for free. The number of viewers who tuned in online is about four times higher than that of the people who would have attended the concert at the Athenaeum, which can accommodate only around 700 people.

The concert was also broadcast live on the channels of the public television TVR and public radio Radio Romania Musical, and on other platforms. In 2018, 1,656 online viewers watched the opening concert of the competition, the organizers of the event said.

Another premiere in the opening program was Alexandru Ştefan Murariu’s Concerto for Clarinet and Orchestra, which won the composition section of the Enescu Competition in 2018.

The opening concert will be uploaded on the Enescu Festival’s YouTube channel. For the next 30 days, it can also be watched on the Raiffeisen Art Proiect platform.