Jordi Kromwijk and Bente Haller started their new life in Romania five years ago, in the picture-postcard village of Runc in the Apuseni Mountains. The Dutch couple turned an old house and barn into what is today known as Tara Nomada - their home but also a hostel & camping site for tourists looking to spend a few days in a picturesque area of Romania.

Both Jordi and Bente are from The Netherlands, and they both love nature and spending time outdoors - which would explain why the Romanian village of Runc and the untouched nature of the Ocolis valley have turned out to be the perfect choice for them. But their lives have changed quite a lot since moving to Romania, as they had to get used to the new language and customs while also working on transforming the old property they bought here into their dream home (and much more). 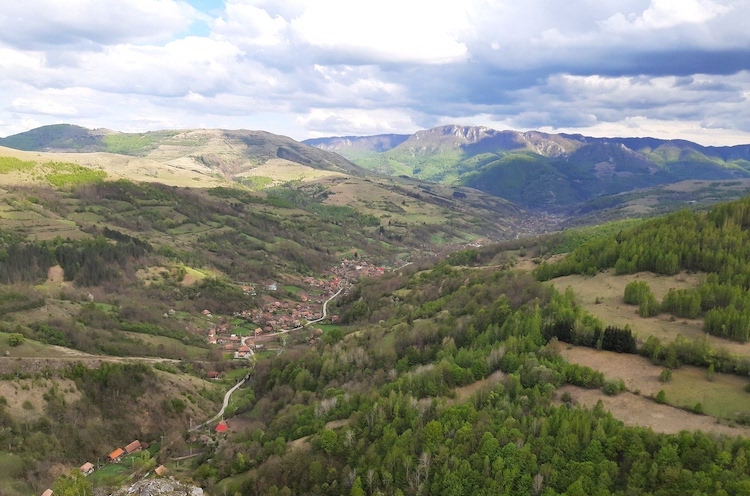 Jordi, 34, grew up near Gouda, a city south of Amsterdam famous for its cheese. He loves traveling and has seen most countries in Europe, some in Africa, and even spent almost two years exploring Asia. In the last few years in The Netherlands, before moving to Romania, he worked in one of the biggest data centers in Amsterdam.

Bente, 35, was born and raised in Utrecht. As a child, the thing she loved the most was being on holiday in the mountains, where she could wander around in nature and play with whatever nature created in that place. After high school, she studied Social Work and went for a six-month internship in South Africa - a life-changing opportunity, as that's when she realized that from all the countries in the world, The Netherlands might not be the right one for her. She continued to work as a social worker for ten years. In the meantime, similar to Jordi, she traveled around the world whenever she got the chance.

It was 2010 when Jordi and Bente first visited Romania. "Call it luck, call it faith... Basically, the flight tickets to Romania were the cheapest. And neither of us had ever been here before. We really liked what we saw. The people were very friendly, the climate was nice, and there is still a lot of wild nature," Jordi Kromwijk told Romania-insider.com.

"That was just a holiday, but it planted a seed. A few years later, we really wanted to live closer to nature, and we started thinking about where we could realize that. After a lot of thinking, Romania beat Sweden and Australia, and we decided to give it a try. We took a three-week holiday and started driving around Transylvania, looking for the perfect village. We didn't really have a good idea about what the perfect place should be until we arrived in the Ocolis valley. We really liked what we saw, and three months later, we were back to stay."

That happened five years ago, in the autumn of 2015, when Jordi and Bente moved to the small village of Runc, in Alba county, with their (then) one-year-old daughter. Their entire life changed since that moment, as they had to learn the new language and the locals' traditional way of living while also starting their business and raising their family. But, as Jordi says, they also got to experience the Romanian people's hospitality: "The neighbors have been amazing, and we made a lot of very good friends in the village. Some of them feel like family."

Soon after arriving in Runc, the young Dutch couple started working on their project: turning the old property they bought here into Tara Nomada - their new home and business.

"We bought a very old house with an old barn in the yard. We moved there with all we had and started working on it - slowly converting the barn into our Hostel and Apartment while at the same time working on our house just enough to make it liveable. We had great help again from the neighbors, who helped us out a lot. I got my personal mentor, Marius, who has a lot of experience in construction and convinced me that I could do everything myself. He taught me everything I know about construction. Although I had been working a lot of odd jobs before, construction was never one of those. As Marius doesn't speak English, it was a very intense course of construction skills and Romanian language at the same time. This way, I ended up knowing a lot of construction-related words better in Romanian than I do in Dutch," Jordi recalled.

The Tara Nomada hostel & camping welcomed its first guests in 2017. The Hostel and Apartment, arranged in the old wooden shed that served as a shelter for sheep for many years, still keeps the authentic Romanian style while also offering tourists relaxing accommodation spaces. The attic, for example, was turned into an apartment with its own bathroom and kitchen and a balcony with a breathtaking view. 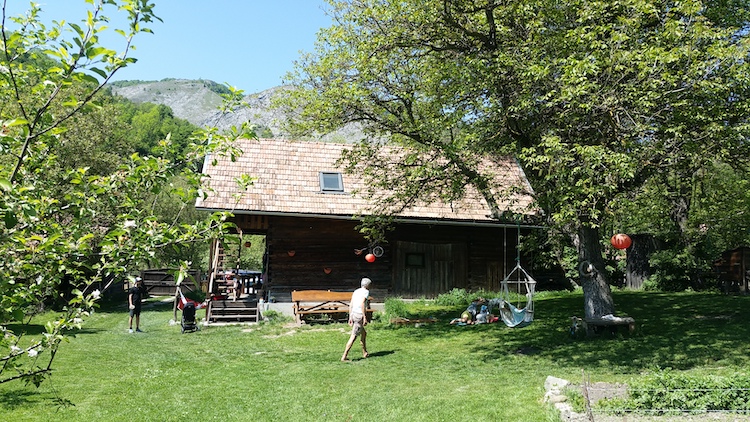 The guests of Tara Nomada can also camp here, even if they come with a small camper van or caravan. Plus, there are plenty of things to do on site or in the surrounding area: take long walks in nature (the Apuseni Mountains are home to many wild animals such as deer, foxes, or even brown bears), go mountain biking or skiing, explore the Romanian village life, or try Bente's yoga or meditation lessons. The famous Turda Salt Mine (Salina Turda) is just a one-hour drive away, while the beautiful cities of Cluj-Napoca or Alba Iulia can also be visited during a one-day trip our of Runc.

"We started welcoming our first guests in 2017. Once I put us on the map (Google maps), I received a phone call the next day from a couple from Cluj. We were not even ready to receive guests yet, but they wanted to come by anyway. They came over then for a cup of coffee, and they came back to stay with us as soon as we were open. They're coming here once a month and became our best friends," Jordi Kromwijk said.

The number of guests has been growing slowly since then, with many returning to Tara Nomada regularly. The small accommodation site has been welcoming guests from Romania and abroad, mainly Germany and the Netherlands. However, the Dutch couple says that, when it comes to their visitors, they "value more the quality than the quantity."

"We try to filter our guests a bit so that we have the right people in the right place. Our accommodation is good but very basic. We don't allow parties or loud music, as not to disturb our neighbors and the other guests. So we really welcome people who come to enjoy the quietness of the village life and advise the mainstream barbecuing, manele listening crowd to find another place for their holidays." Jordi explained.

This year has been different for Jordi and Bente, too, as the coronavirus pandemic hit the tourism sector worldwide. In a typical year, the top three nationalities of Tara Nomada's guests were German, Dutch, and Romanian. In 2020, many foreigners had to cancel their reservation, and thus the top "shifted a bit to Romanian, Romanian and Romanian."

But Tara Nomada is open all year round, and the Dutch couple is always happy to welcome visitors and share with them the beauty and unique experiences of rural Romania.